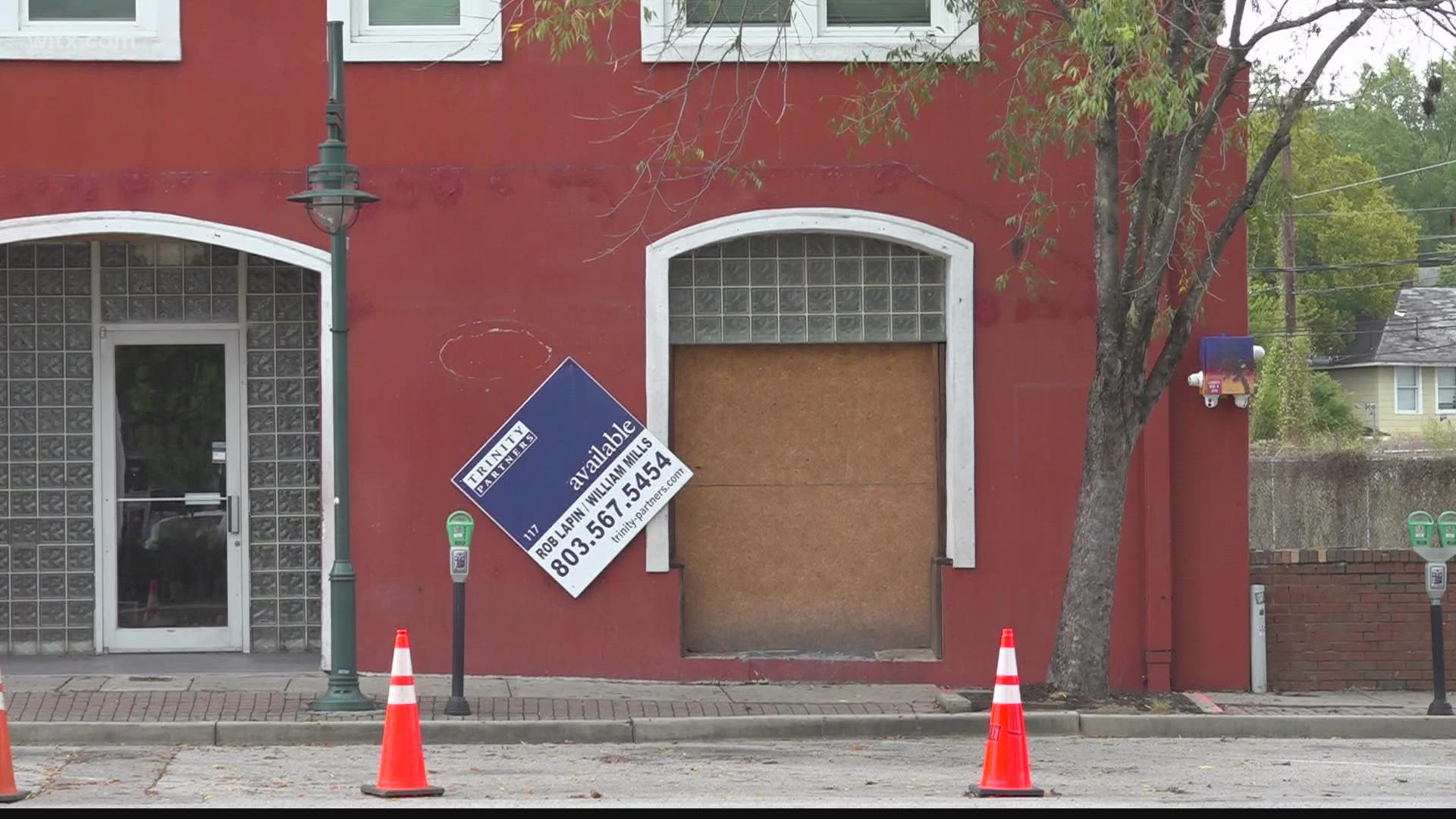 "When you’re in it every day, you realize there’s a lot of momentum Five Points has, and things are only getting better,” said President of the Five Points Association, Steve Cook.

Throughout the neighborhood, for sale and for lease signs hang on empty buildings. While some may see it as an eye sore, Cook explained that changes are coming.

2221 Devine Street is currently under negotiation between the city and a private developer to create more apartments, according to City Councilman Will Brennan.

Also, 711 Harden St., the former site of Cover 3 bar, is being converted into a Jack Brown's Beer and Burger Joint.

However, Cook said some owners are choosing to wait to sell or convert their buildings.

“Five Points is a very well known commodity in Columbia, I think people know how valuable the real estate is here and some people want to wait and let things develop around them before they take advantage of that,” he explained.

With retail and residential development coming to Five Points, Councilman Brennan said his vision for the neighborhood is, "to create an energetic, prosperous, walkable urban village that it always has been.”

Brennan added that the City has reached out to private developers to build in Five Points and are offering them incentives:

“Stuff like façade grants to help building owners who have been hesitant to reinvest in their buildings, there’s infrastructure upgrades that we're offering if you want to convert your building to a restaurant,” explained Brennan.

The grants and incentives are made possible through the Columbia Economic Development Department.