Downtown Charleston ready to get back to business after Hurricane Dorian

CHARLESTON, S.C. — Businesses around Downtown Charleston started cleaning up and getting ready to reopen after Hurricane Dorian stormed through on Thursday.

The hurricane brought strong winds and heavy rain to the entire Palmetto State coast. Most of the damage seen along beaches were downed trees and power lines.

Around the Holy City on Friday, some street lights were still out and standing water could been in some different areas around town.

Business owners in Charleston don't kid around when it comes to hurricanes. Almost every store had their windows boarded up and sandbag placed in front of the doors to prevent water from getting inside. 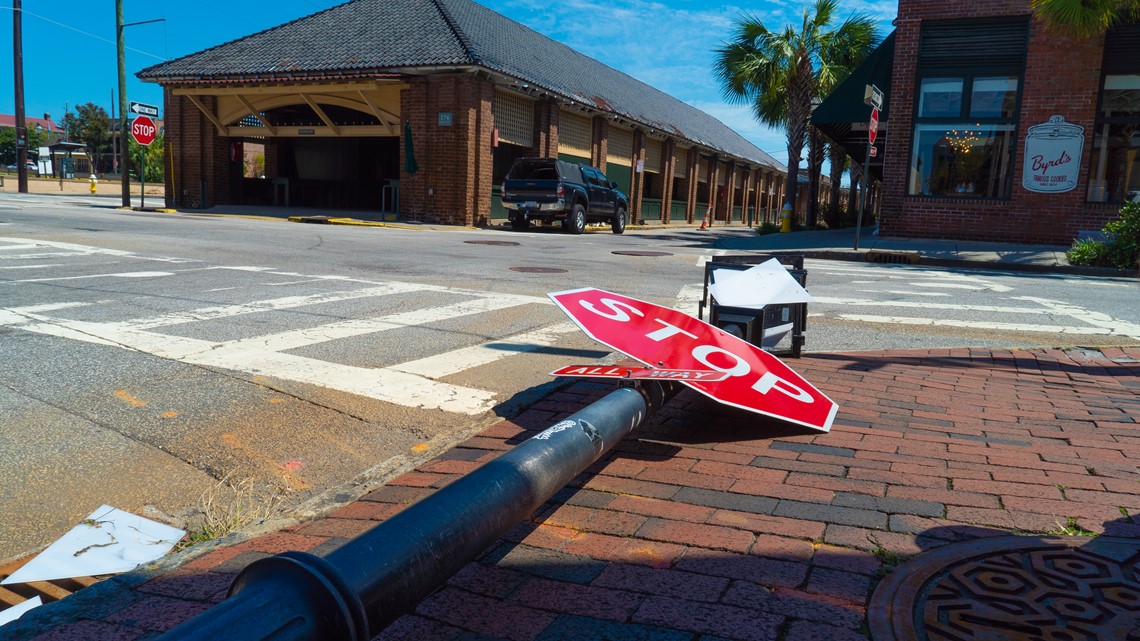 Ausar Vandross, a business owner who's been at the Charleston Market for over 20 years, says it could have been much worse.

"Some shingles off of the roof, a lot of wind, but other than that, it wasn't too bad. It was bad enough," said Vandross.

RELATED: Still 'too soon' to know the damage caused by Hurricane Dorian in SC

Vandross remembers how devastating past hurricanes have been in Charleston.

"I was still in the army when in 89' when Hugo hit. It was total devastation but this time we kind of lucked out," explained Vandross.

Fortunately for many business around the Holy City, there was very little damage when they returned on Friday.

Vandross believes he'll be ready to open back up on Saturday.

"Fortunately we didn't get a drop of rain inside the store although there was significant flooding downtown. We just kind of lucked out," said Vandross.

Hydie Burroughs, the manager of Byrd's Famous Cookies, says they had some damage outside their building.

"Our awning had fallen and there was live wires," explained Burroughs. "We came in (Friday) morning and we had a little bit of water standing in here. We still pumped it out and mopped it all up."

Some damage could be seen in other places around Charleston. One of those spots were James Island at a church. Hurricane Dorian ripped off part of its roof.

RELATED: 'The Lord has been very kind to us' Church rebuilds after Hurricane Doiran rips off part of roof

There were other places around the coast that lost power. In Charleston County as of late Friday night, there were still over 21,000 power outages.

Burroughs says they're glad they made it through okay and the community is helping each other to get back on their feet.

"We had power when we got back here (Friday) morning. Some stores next to us don't even have power," explained Burroughs. "Just putting everything back together and getting it going. Hopefully (Saturday) everybody will be back in business."