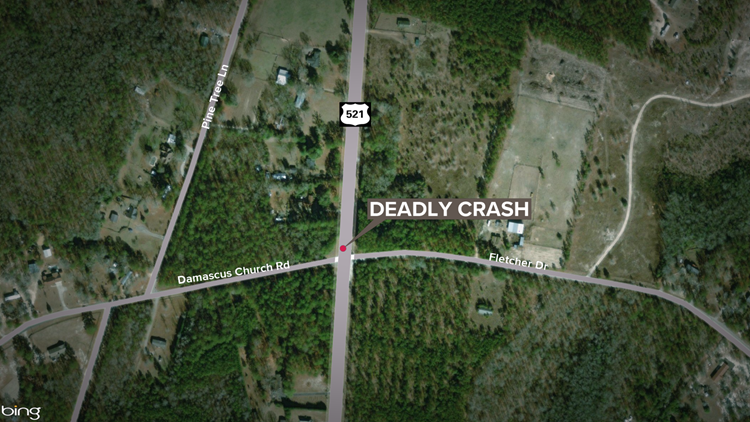 Photo by: WLTX
Driver dies after single-car crash in Kershaw County on August 5.

KERSHAW COUNTY, S.C. — One person is dead after a single-vehicle crash on Sunday, August 5, according to the South Carolina Highway Patrol.

Cpl. Sonny Collins of the Highway Patrol said the crash happened around 8 p.m. on Sunday night on U.S. Highway 521 near Damascus Church Road in Kershaw County.

Collins said a 2006 Chrysler PT Cruiser was traveling south on U.S. 521 when the driver veered off the left side of the roadway and struck a utility pole. The driver was the only person in the vehicle at the time of the crash and they were not wearing a seatbelt, according to Collins.

The Kershaw County Coroner's Office has not yet released the identity of the person who died in the crash.

The crash is still under investigation by the South Carolina Highway Patrol.