The United States Geological Survey confirmed there was a 2.0-magnitude earthquake near Cayce on Thursday morning. 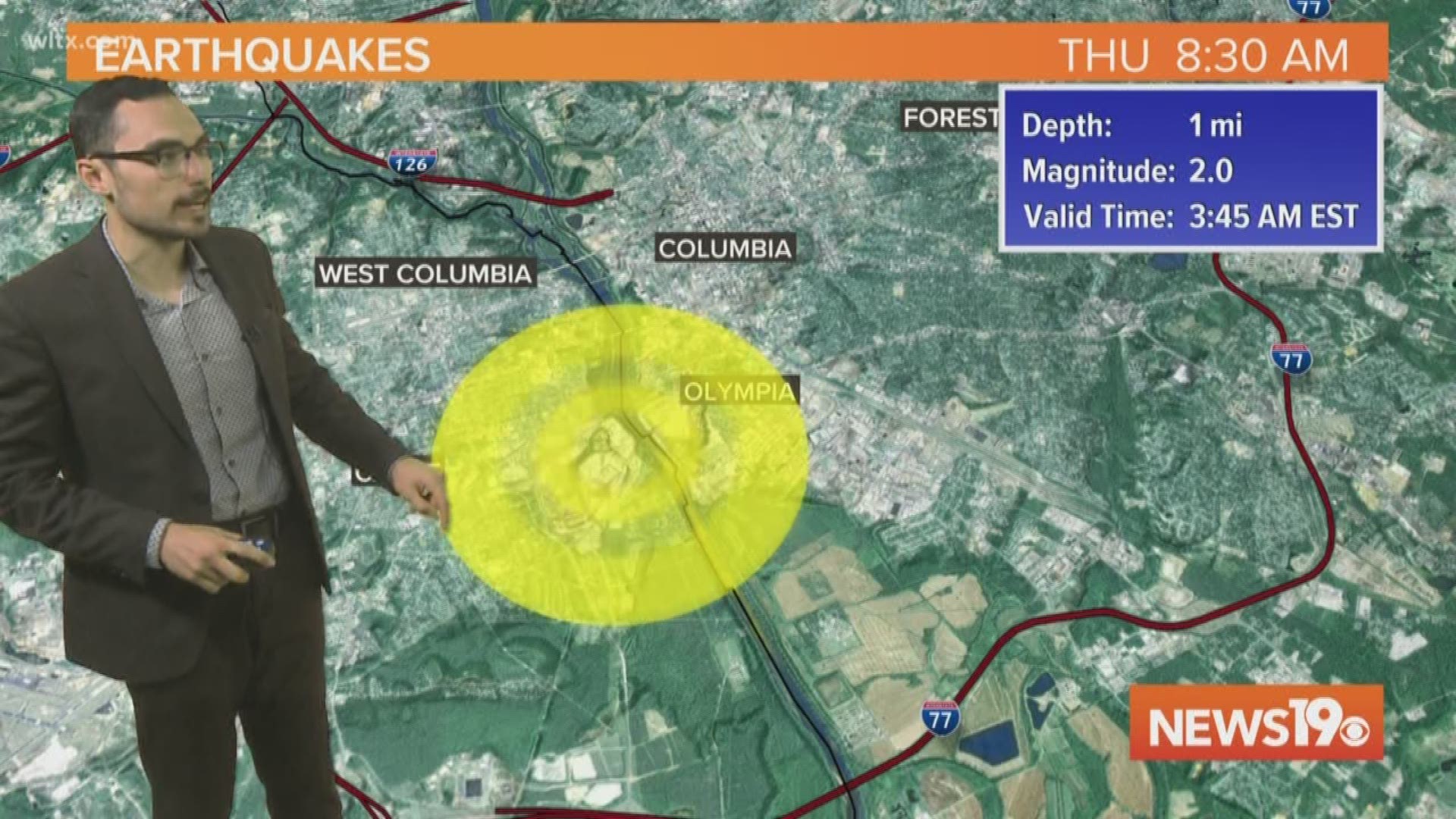 CAYCE, S.C. — The United States Geological Survey (USGS) reports there was an earthquake detected near the city of Cayce early Thursday morning.

According to a map from the USGS, the earthquake was detected near Brookcliff Drive off of New State Road. The last earthquake that was detected in the Midlands was a 2.2-magnitude quake in Chapin in July.

At that intensity, it's unlikely many people felt it. That's generally below the threshold that people can feel, with is about magnitude 2.5.

Earthquakes happen throughout the state but most occur near the coast.. Approximately 70 percent of earthquakes are in the coastal plain, with most happening in the Lowcountry, around Summerville and Bowman.