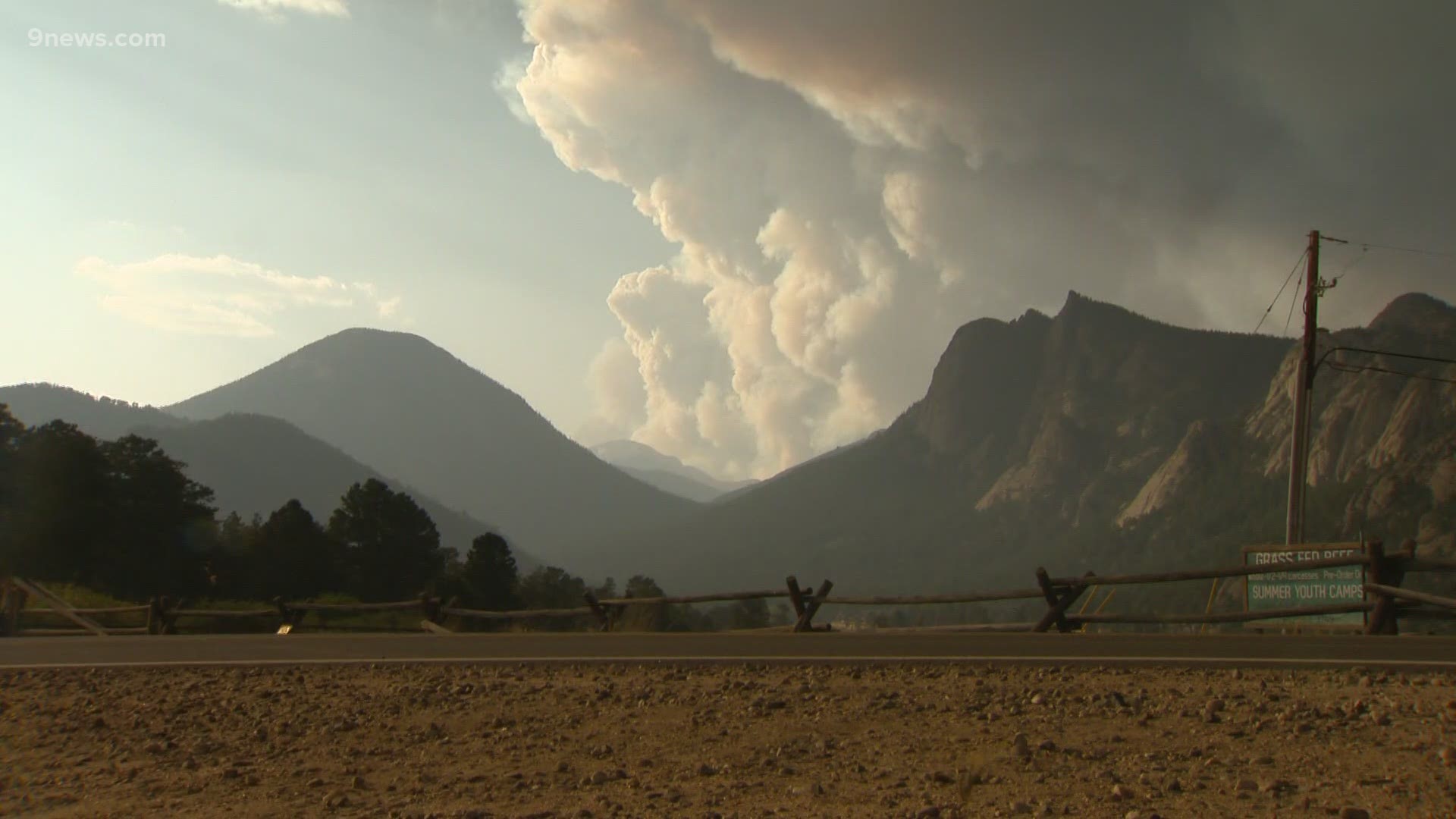 LARIMER COUNTY, Colo. — Wildfire smoke that blew across the Front Range from the growing Cameron Peak Fire turned the skies orange during Labor Day on Monday, creating an eerie scene just hours before a cold front was expected to bring an early season snowstorm to much of Colorado.

The Cameron Peak Fire grew over the weekend, stoked by temperatures in the high 90s. As of this writing, the blaze was just over 59,000 acres with 4% containment, and burning a heavily forested area southwest of Red Feather Lakes.

Multiple new evacuations have been issued for the area, and while the coming moisture is expected to help firefighting efforts, containment isn’t anticipated until October.

RELATED: 'You may want to remain indoors': Air quality advisories issued across Colorado

RELATED: When will the snow start, and what will it mean for Colorado's wildfires? Your questions, answered

Sixty miles away, the fire’s smoke turned the sky over Horsetooth Reservoir orange, and caused crickets to chirp in the middle of the day in Loveland as ash fell onto cars in Greeley.

Here are some of the most powerful photos from 9NEWS viewers of the strange scenes in northern Colorado:

A view from the skies

Multiple 9NEWS viewers spotted the Cameron Peak Fire smoke plume while they were flying above it.

Credit: Courtesy ML Megs
Another vantage point of the Cameron Peak Fire from the air.

Drone video captured an eerie scene from the city.

A world tinted with orange

The courthouse in Greeley was a stark contrast to the orange sky and falling ash.

Credit: Courtesy Peter Romero
Smoke over the courthouse in Greeley, Colorado from the Cameron Peak Fire the afternoon of 9/7/20.

The sun turned a deep red.

And while skies were blue in southern parts of the state, Labor Day had a different look in northern Colorado.

Looking an awful lot like the beginning of an apocalyptic movie in Fort Collins today #heynext pic.twitter.com/wkszUcNyBL

So was the sky over Greeley.

This was the scene in much of northern Colorado.

Credit: April Talbot
A flag against a backdrop of orange sky in Windsor, Colorado on Sept. 7, 2020.

And ash from the fire miles away fell on cars.

Stay safe out there, Colorado! A reminder that there is an air quality advisory, meaning if you have to drive, combine trips and stay inside whenever you can.

And of course, thank you to the firefighters on the front lines working to save lives and property.