The lizard is non-native to the state and is now being spotted in the wild. 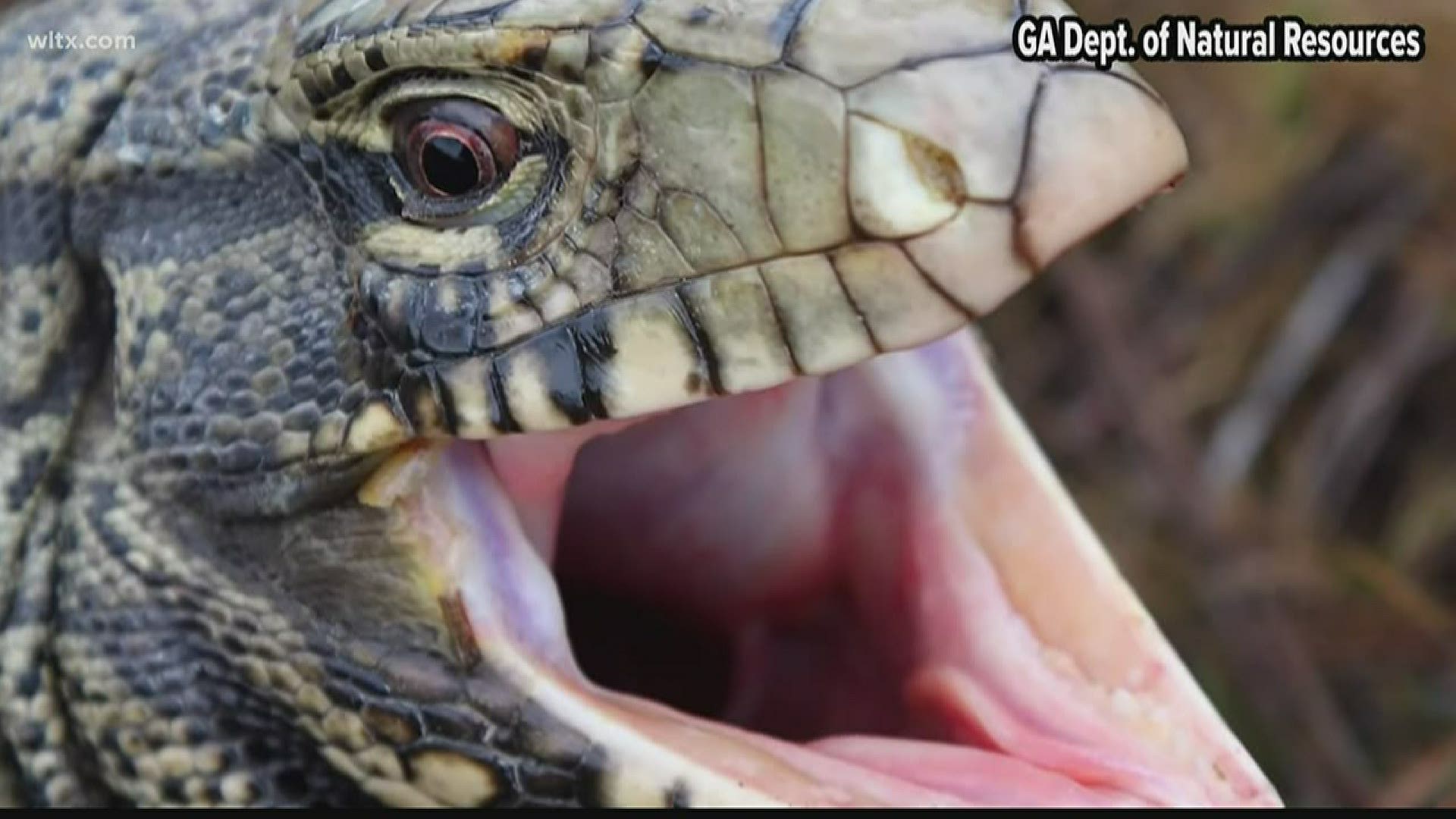 The South Carolina Department of Natural Resources has confirmed the additional reports of the non-native black and white tegus since the initial report from Lexington County in August.

Five of the sightings were from Lexington and Richland counties, two from Berkeley County, and one from Greenville County. Of these, five tegus have been successfully removed from the wild.

Due to the establishment of black and white tegus in Georgia and Florida, and the potential impacts they could have on native ground-nesting birds like turkey and quail, as well as other species like the state-endangered gopher tortoise, SCDNR staff have been monitoring tegu reports and information closely.

“The number and distribution of black and white tegu reports in just a few weeks is concerning. Documented sightings come from as far north as Greenville county and as far south as Berkeley county,” said State Herpetologist Andrew Grosse. “The individuals removed measured between 2 and 3 feet long and consisted of both females and males. Necropsies show the tegus have all been scavenging native plants and animals, including toads, various insects and muscadines. This indicates these individuals are wild, free roaming and foraging opportunistically. It is important that this species does not establish in our state.”

On Aug. 21, SCDNR provided information regarding the first confirmed sighting of a wild Argentine black and white tegu in South Carolina, and asked members of the public to report any sightings of wild tegus to the department. After this request for information, more than 80 reports of black and white tegus in the state have been received.

The SCDNR appreciates the willingness of South Carolina’s residents to provide information to help protect our native wildlife and prevent the establishment of non-native species. SCDNR continues to investigate all reports and asks that any sightings of black and white tegus in the wild be reported to Andrew Grosse, grossea@dnr.sc.gov. When possible, please submit a photo, location, and time and date the individual was seen.

As a non-native species, tegus in the wild in South Carolina are not protected by state wildlife laws or regulations and should be removed from the wild.

For more information about black and white tegus, including natural history and identifying characteristics, see https://georgiawildlife.com/tegus