In reversal, emergency SNAP benefits to continue in South Carolina

The benefits were originally set to expire on August 1. 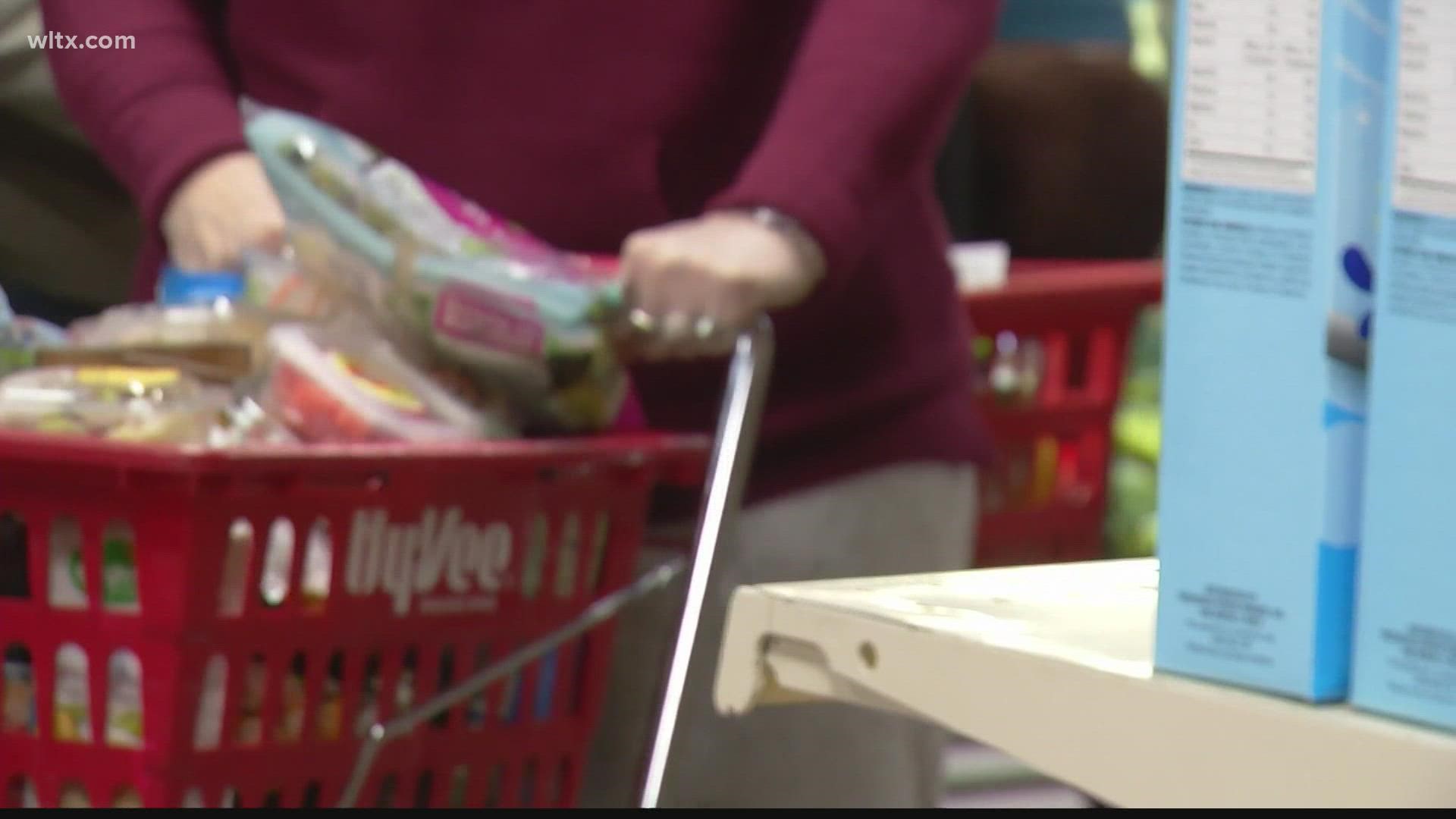 COLUMBIA, S.C. — The state of South Carolina has extended the deadline to allow people to receive federal emergency SNAP benefits through the end of the year, a move that will allow hundreds of thousands of people to get help with affording food.

South Carolina Gov. Henry McMaster and Department of Social Services Director Michael Leach agreed to an extension of the benefits in an exchange of letters between the two this week. The decision was announced Friday.

York County resident, Craig Cloninger, is new to the SNAP benefits program. With the help of state non-profit, SC Thrive, he got approved two weeks ago.

"The overall cost of food has gone up so much," said Cloninger. "It takes a huge portion of my income just to survive."

Cloninger is on disability and has a limited income. With the emergency benefits extended, his monthly SNAP payments will increase from $19 per month to $234.

"With an additional amount, it's going to make a difference because you can feed yourself for the month and not have to worry about not eating and things like that," he said. "It relieves a lot of mental anguish and stress off of you."

The move was unexpected, since the benefits were set to stop Sunday. When McMaster ended the pandemic state of emergency in June, that meant that the emergency benefits would end on August 1.  The average amount given to clients is $177 a month.

“Approximately 295,000 households, representing 610,000 DSS clients, currently receive supplemental Nutrition Assistance in South Carolina from the federally-funded SNAP program," Leach said in a letter to McMaster. "Emergency Allotments (supplements), funded 100% by the federal government, have been provided to beneficiary households in South Carolina since the onset of the pandemic in March of 2020.”

In order to continue the emergency allocations, DSS submitted an Administrative Agency Declaration to the Food and Nutrition Services Division of the U.S. Department of Agriculture and received approval Thursday. The agency will renew its request with the USDA monthly through the end of the year.

"We want our families to remain strong and we want our children to remain safe and not be victims of neglect because there's not enough food in the house. This seems like a win-win solution," said Connelly-Anne Ragley, Director of Communications and External Affairs for DSS. "This is something that's really going to help the most vulnerable in our state, at-risk children, seniors, vulnerable adults and families."

Emergency supplements for August will affect an estimated 300,000 households.

If you believe you qualify for SNAP benefits and would like to apply, visit the DSS website. If you need assistance with your application, SC Thrive can help. You can visit their website or call 800-726-8774.