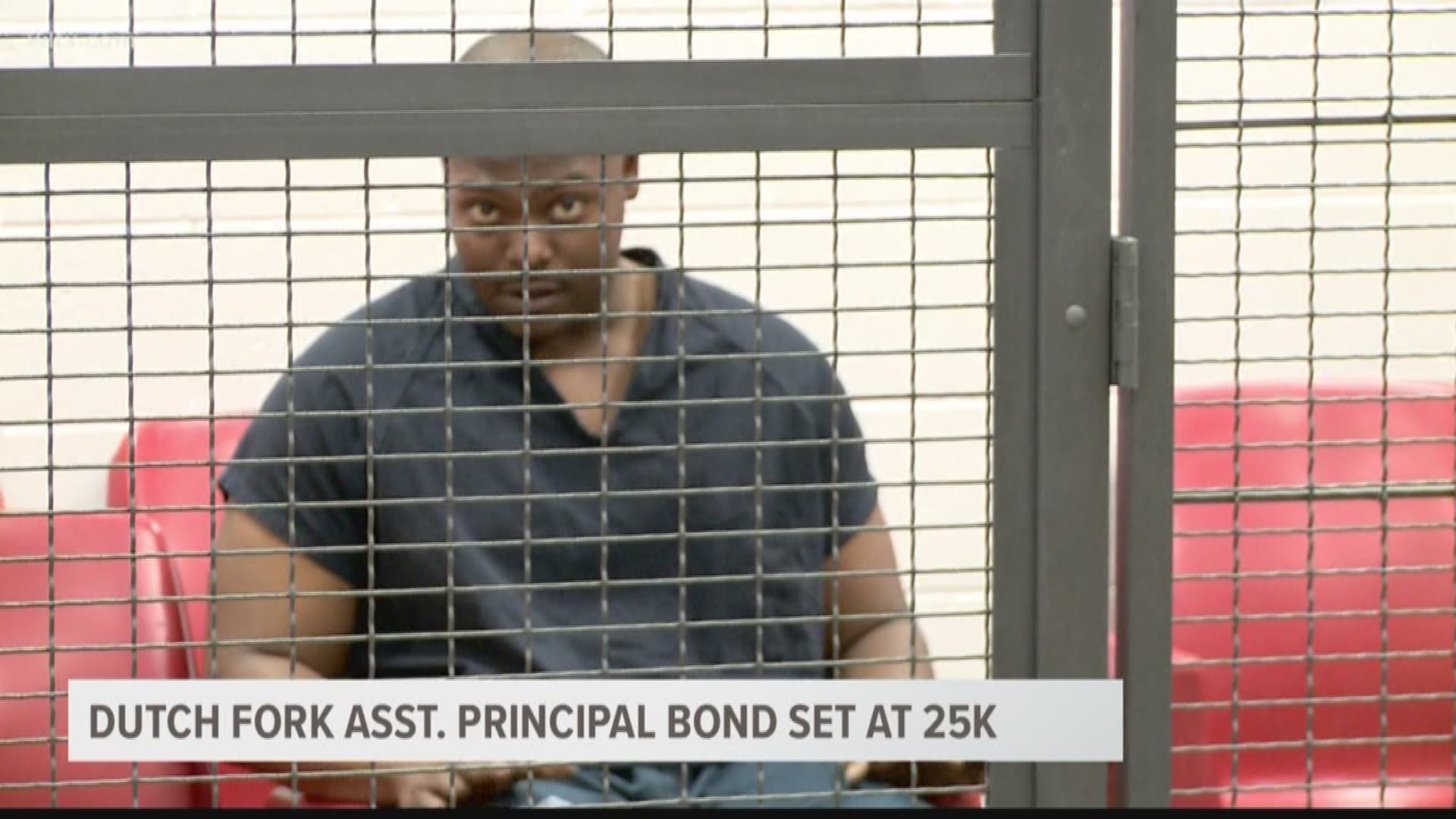 COLUMBIA, S.C. — The Richland County Sheriff's Department now says a former Dutch Fork High principal is facing new drug charges, and accusations that he asked students to come to his house for drugs and sex.

Deputies have charged former Dutch Fork High School Assistant Principal Floyd White with criminal solicitation of a minor, four counts of contributing to the delinquency of a minor, distribution of cocaine within proximity of a school, and distribution of marijuana to a person under 18.

White was arrested in November on four drug charges, and was released from jail on a personal recognizance bond.

As deputies continued to investigate White, they found that White would excuse students from school in hopes of gaining their trust and friendship.  Deputies said White would encourage students to be truant.

Deputies charged White with criminal solicitation of a minor, because they found he asked students to share nude pictures of themselves through Snapchat.  Deputies said he would either ask the students to send pictures to him.  After students turned 18, he would invite them to his house to do drugs and have sex.

Investigators were about to find video surveillance and electronic messages that he and 25-year-old Austin Duncan, a former teacher at Dutch Fork Middle School and a basketball coach at Dutch Fork High, used cocaine in White's office at least once.  Deputies said the cocaine used was supplied by White.  Duncan is facing possession of cocaine charges.

White and Duncan have turned themselves into the Richland County jail.

Both suspects have been relieved of their duties within the school district, according to a statement by the District Five of Lexington and Richland Counties:

"We were deeply disturbed to learn of the arrests today of these former employees.

Like law enforcement, we do not tolerate this type of conduct and make the safety of our students our first priority. We regret that the actions of a few district employees have the potential to erode the trust we have worked so hard to build with our parents and community.

Mr. White and Mr. Duncan are no longer employed in our district.  We encourage anyone with information on this case to immediately contact law enforcement. We appreciate the work of police and are cooperating fully with their investigation."

Richland County Sheriff Leon Lott is encouraging parents to talk with their children and encourage them to come forward if they ever felt that White made them feel uncomfortable or tried to bribe them.  Anyone with information is asked to call the Sheriff's Department Victim Service Unit at (803) 576-3128.