For the first time, Latinos represent the largest minority voting block for a November election with 32 million eligible to vote. 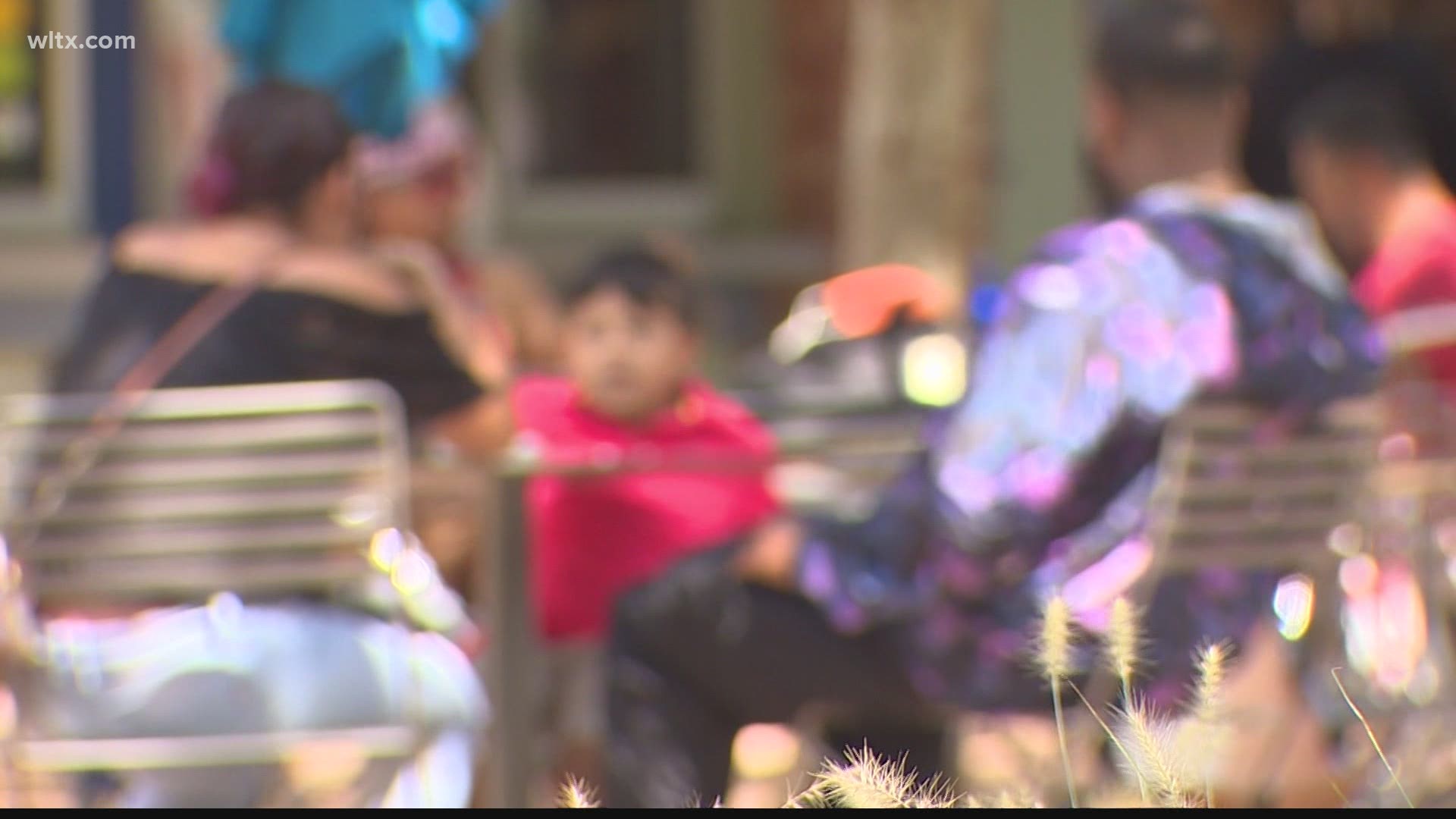 News 19 is taking a closer look at the issues that matter to the Latino community, often referred to as "the sleeping giant".

"The stakes are really high for the millions of Latinos across the country who have been devastated by the pandemic and the economic crisis that we're in right now," said Maria Martin, Director of Programs and Co-Interim Executive Director of PASOs, a non-profit a statewide organization that supports Latino communities with education, advocacy, and leadership development.

According to the Pew Research Center, In 2016, there were roughly 88,000 Latino voters in South Carolina.

South Carolina's 1st congressional district in the Low Country is home to the largest group of Latinos who can vote, representing 4% of the district's eligible voters.

"The issue is are we going to vote? That is the question," said Dr. Myriam Torres, Clinical Associate Professor in the Department of Epidemiology and Biostatistics and Director of Consortium for Latino Immigration Studies at the Arnold School of Public Health at USC.

Torres says a struggle over the years for the Hispanic community is the lack of motivation to vote.

"I see now, but also before, some kind of apathy towards voting in the sense that people don't think their vote matters," said Torres.

2020 could be different, thanks in-part to the younger vote.

While the majority (55%) are white, 22% are Hispanic. In fact, Gen Z Hispanics make up the largest group of the Latino vote compared to Millennials, Gen X, Baby Boomers and older voters.

"I think it's time we take the power back into the community," said Mateo Pierce-Mosquera, a senior Political Science and Global Studies double major at the University of South Carolina. "As a Latino I do feel like our community, the Latin American community in the U.S., is undervalued."

While the first presidential debate didn't touch on immigration or DACA (Deferred Action for Childhood Arrivals), issues important to Latinos -- including Mosquera, it did discuss other important topics among U.S. Latinos right now: The economy, health care, COVID-19 and racial issues and inequality.

RELATED: What is DACA? | Answering 10 of the most-searched questions on the Supreme Court ruling

"A lot of people have stayed silent on these issues until the George Floyd protests started," said Mosquera. "Now everyone wants to take a stand and wants to make a change in their community. So I think that is why this is the most important election ever."

When it comes to President Trump's response to the coronavirus pandemic, 32% of Hispanic voters believe he's doing a good job.

The next presidential debate is slated to be a town hall format, where members of the audience will ask questions to the candidates.

Mosquera says if he were in the audience, he'd direct a question to former Vice- President Joe Biden.

"I also want to ask Joe Biden what was his role in the highest level of deportations under the Obama administration," said Mosquera. "Right now I'm very concerned with, essentially what I would call concentration camps at our southern border. I'm very concerned about the rights and liberties of immigrants and various other minority and marginalized communities in this country."

While the majority of Latinos lean Democrat, Martin says what's missing from both candidates this year is outreach within Hispanic communities.

"At least acknowledge the Latinos in this country by saying, 'Hey, we haven't forgotten'," said Martin. "Latinos make up 31% of all COVID cases nationwide. That's huge...The pandemic is doing the best that it can to really hurt us and to stunt the Latino political power that we have. Many parties have referred to the Latino vote as the sleeping giant and we really can't afford to continue to be seen as that."

Martin addressed the same concern as Dr. Torres: How can they convince more Latinos that their vote will make a difference?

Right now, with a large Hispanic population being frontline workers, many may not have the time or energy to vote.

"They are trying to survive right now," said Martin. "How do you think about going to register to vote when you've got to think about where your next meal is going to come from? Or how you're going to get to your job, maybe you don't have any transportation. Or maybe your family member has COVID and you're dealing with keeping up with everyone in your small house from becoming infected as well."

Another challenge, according to Dr. Torres, is clearing misinformation about candidates' platforms. For example, many who are leaning towards Joe Biden are getting told they are voting for socialism.

Dr. Torres says regardless of what happens in the upcoming presidential debates, most Latinos have already decided on their candidate.

"What may change the way we vote is the recent health issues that the president is facing," said Torres. "That, in my opinion, is the more important factor in changing the vote."

"I want to go to my dying bed being able to say Latinos are no longer an afterthought," said Martin. "This particular election, our lives depend on it."