Shaw Air Force Base officials announced the pilot was killed in the crash late Tuesday night. 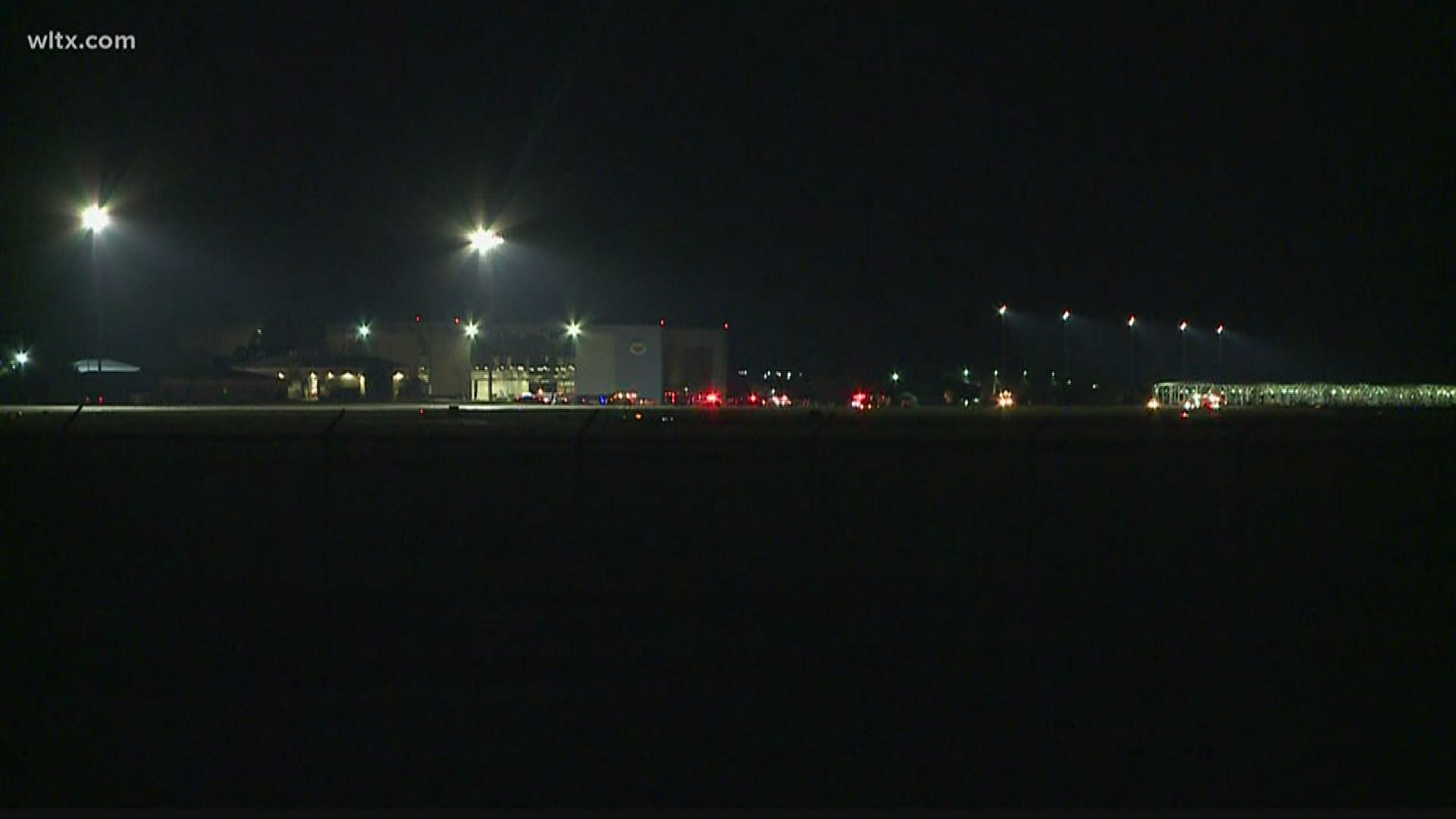 SHAW AIR FORCE BASE, S.C. — The pilot of a F-16 jet on a training mission at Shaw Air Force Base Tuesday night has died in the crash, according to officials.

Around 3:30 a.m., Shaw Air Force Base officials announced on its Facebook page that the pilot was pronounced dead.

Officials with Shaw Air Force Base say an F-16CM Fighting Falcon assigned to the 20th Fighter Wing at Shaw crashed on base around 11:30 p.m. Tuesday.

At the time of the accident, officials say the aircraft was on a routine training mission with one pilot on board.

The cause of the crash is unknown at this time, officials say.

As of 12:20 a.m. Wednesday, Shaw AFB emergency responders were still on scene.

JR Berry
Emergency crews could be seen at Shaw Air Force Base after a F16 crashed Tuesday night. The crash happened on base. The pilot was taken to Prisma Tuomey for treatment.

Officials said they would not identify the pilot for at least 24 hours after notifying the next of kin.

This is a developing story. Check back for details as they become available.