The Fourth Circuit decided they couldn't yet hear a request to put the mask mandate back into effect. 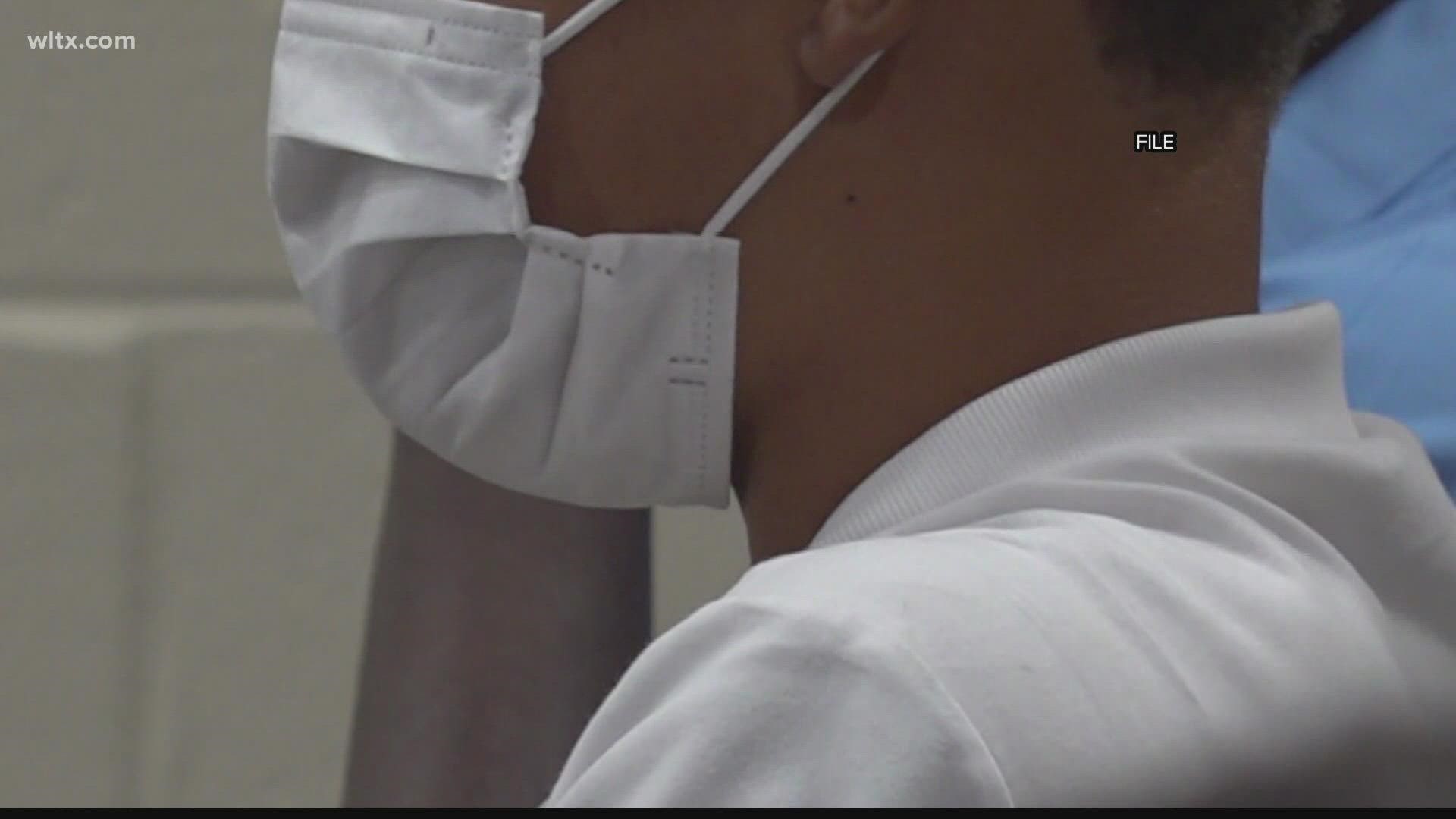 COLUMBIA, S.C. — A decision allowing South Carolina schools to have mask mandates will remain in place for at least a little while longer, after a procedural rule threw the case back to a lower court.

The U.S. Fourth Circuit Court of Appeals denied South Carolina Gov. Henry McMaster and Attorney General Alan Wilson's request to stop a U.S. District Court judge's order from last week. But the judges didn't rule on the merits of the case; instead, they said McMaster and Wilson should have asked a lower court judge to reconsider the decision before bringing the case to them.

The case now goes back to the U.S. District Court in South Carolina. A spokesperson for Wilson said his office was working on filing the necessary paperwork there. If that's denied, they could take their case back to the Fourth Circuit.

On September 28, U.S District Court Judge Mary Geiger Lewis issued a temporary restraining order barring Proviso 1.108 from being enforced. The proviso, passed in June by state lawmakers along with the budget, prohibits any state funding to going to enforce mask mandates at schools.

However, Lewis decided that the proviso discriminates against students with disabilities in violation of  Title II of the Americans with Disabilities Act and Section 504 of the Rehabilitation Act.  Essentially, she said districts must have a way to keep children with disabilities--including compromised immune systems--safe so they can go to school in-person.

But McMaster and Wilson argue that what Lewis did was essentially create a federal mask mandate, which they said goes beyond a reasonable reading of statues. They also say the court didn't show deference to the South Carolina General Assembly's right to impose such a rule, and that Lewis' belief that contracting COVID-19 is "irreputable harm" is wrong reasoning.

They filed a motion to block Lewis' ruling with the Fourth Circuit. But in their order Tuesday, the court said the District Court needed to hear the request first.

The South Carolina Supreme Court has upheld the legality of the proviso in two separate decisions.