One dead after fire at a Sumter home

Officials say the fire happened around 7 p.m. in the 3000 block of Barfield Circle. 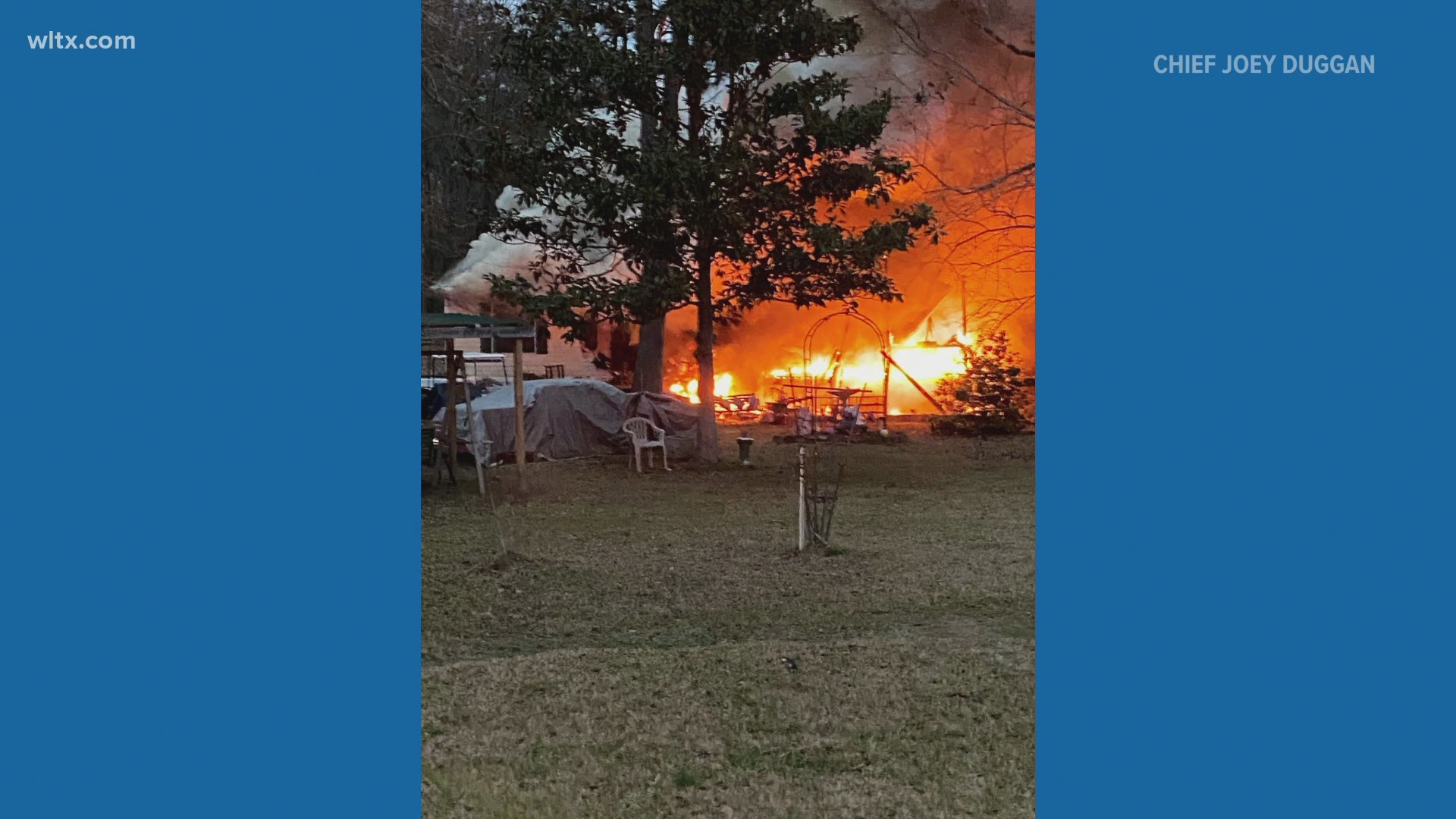 SUMTER, S.C. — One person is dead after a fire at a Sumter home on Tuesday evening.

According to Division Chief Joey Duggan with the Sumter Fire Department, a double-wide mobile home was engulfed in flames when firefighters arrived at the scene in the 3000 block of Barfield Circle.

The call had come into the fire department around 7 p.m. and the caller told dispatchers they thought someone might be inside, according to Duggan.

The fire was brought under control around 9 p.m.

Chief Duggan says four other stations responded to the fire. Investigators with the Sumter County Sheriff's Department and the Sumter Coroner are on the scene.

No firefighters were injured. The fire remains under investigation.