Little Faye Swetlik's story has touched the community not only in the Midlands, but around the country. 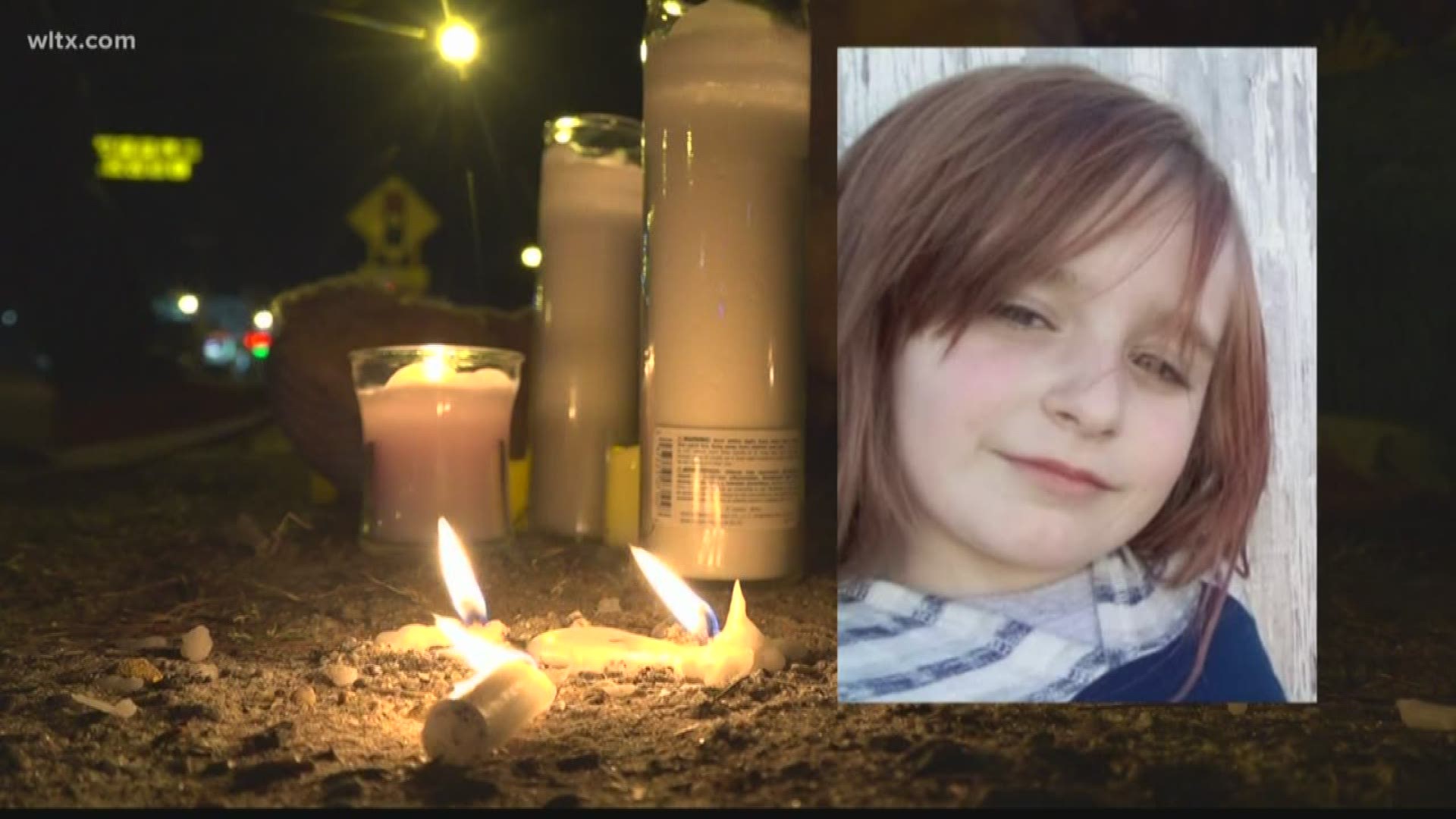 CAYCE, S.C. — The parents of Faye Swetlik had a chance to thank the public openly for their support Saturday night at a vigil in the little girl's honor.

Hundreds showed up outside the entrance of the Churchill Heights neighborhood to light candles and pay tribute to the Swetlik. The little girl was found dead Thursday after a three day search for her after she went missing while playing in her front yard.

Tow trucks drove down Airport Boulevard passing the memorial with their lights on.

"We never dreamed something like this [would happen] in our neighborhood," said Tony Brewer. "It's just unreal."

At the entrance memorial at Churchill Heights is a growing memorial with balloons, teddy bears, and flowers.

RELATED: Memorial for Faye Swetlik grows at her school

"I have cried so much you wouldn't believe," said Brewer. "It's broken my heart."

People young and old from across the Midlands stopped and prayed for the girl, who was a first-grader at Springdale Elementary School.

"I just think it affected the whole community," said Sherry Keith. "You can feel the love in the atmosphere here tonight."

At the vigil, Faye's parents, Selena and Chad, addressed mourners and thanked everyone for their love.

"This is what the mom needs," said Tequila English, who brought her daughter to the vigil. "This is exactly what she needs, to know that people care."

English, like so many parents in this community, felt compelled to stand by this family because she, too, has children.

"I have a 6-year-old," she said.  "I'm certain I can relate. As a mother, I can relate to her feelings right now. She's being very strong to even be here tonight."

Earlier in the day, Faye's body was brought back to the Midlands after her autopsy in Charleston.

Faye's mother, Selena, told News19 there will be a private wake and private service first for little Faye. They are also planning a public memorial.