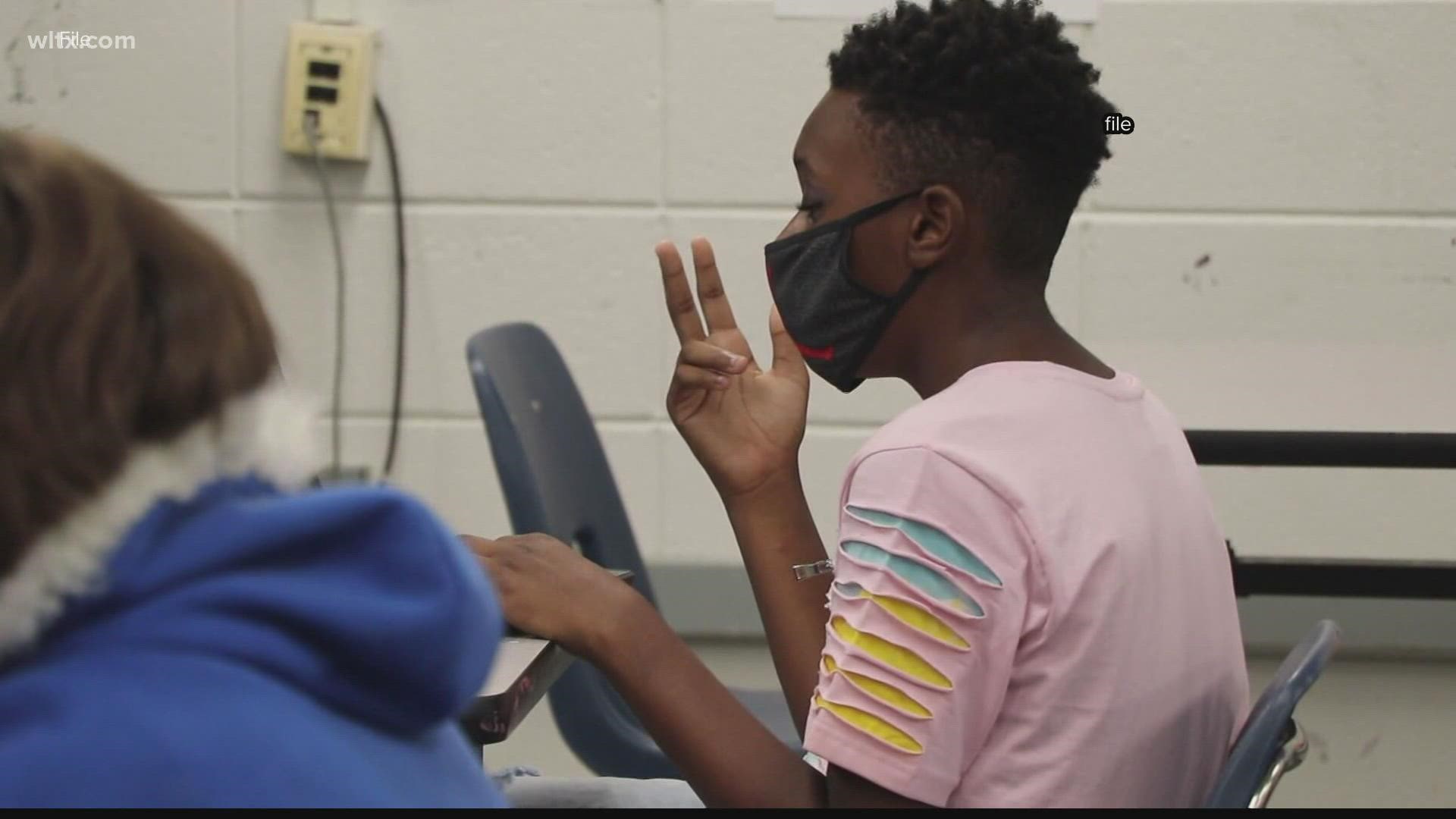 U.S. District Judge Mary Geiger Lewis Tuesday issued a temporary restraining order on the enforcement of the proviso that stops masks from being required in schools.

"We disagree with the judge's position and we plan to appeal," Wilson said on Wednesday.

This latest decision means that for now, school districts have the right to issue a mask mandate if they choose, at least until a higher court were to overrule Geiger's order as Wilson wants.

Geiger decided that South Carolina’s budget provision (1.108.) prohibiting schools from imposing mask mandates for students and teachers discriminates against students with disabilities in violation of  Title II of the Americans with Disabilities Act and Section 504 of the Rehabilitation Act.

Lewis affirmed in her decision that “No one can reasonably argue that it is an undue burden to wear a mask to accommodate a child with disabilities.” She adds: “Years ago, ramps were added to schools to accommodate those with mobility-related disabilities so they could access a free public education. Today, a mask mandate works as a sort of ramp to allow children with disabilities access to their schools. Thus, the same legal authority requiring schools to have ramps requires that school districts have the option to compel people to wear masks at school.”

RELATED: Midlands mom of kids with disabilities urges others to mask up

RELATED: 'It's quite frustrating': High-risk family stuck at home during the pandemic

“Federal disability rights laws are clear: If students with disabilities need schools to require masks in order for them to have equal access to their education, the state cannot stop schools from requiring those masks,” said Susan Mizner, Director of the ACLU’s Disability Rights Program. “The court’s decision today makes clear that state legislators and Gov. McMaster can’t sacrifice the health and safety of students with disabilities for the convenience of others. Our plaintiffs and parents across South Carolina have spoken up on behalf of their children to make a simple request: that schools be able to follow basic public health guidelines without losing critical state funding.”

The proviso was passed back in June, and has become a major political football in South Carolina, pitting school districts, parents, and state and local leaders against each other.

The South Carolina Supreme Court had upheld the state's budget proviso in a ruling earlier this month. In that case, the City of Columbia had tried to impose a mask mandate, but the court said what they created violated state law.

South Carolina Gov. Henry McMaster has been opposed to school mask mandates, saying it's the parents right to choose whether their child should have a face covering.

"The governor strongly disagrees with the court's decision and will defend a parent's right to decide what's best for their children up to the United States Supreme Court, if necessary," a spokesman for McMaster said in a statement.

State Superintendent of Education Molly Spearman said, The SCDE is reviewing the decision and will provide guidance to schools and districts on its implications tomorrow."

Posted by South Carolina Department of Education on Tuesday, September 28, 2021

"Thank God, thanks Judge Lewis," Benjamin wrote. "Our great state is 2nd in the nation for children being infected with #COVID19. We can do better. We must do better. Let’s save lives y’all!"

A spokesperson for Richland School District One said in a statement to News 19, “We require our students and staff to wear masks to help reduce the spread of COVID-19, as recommended by public health officials. We are seeing the benefits of that policy and practice in Richland One. This ruling is a win in our overall efforts to protect our students and staff during this pandemic.”