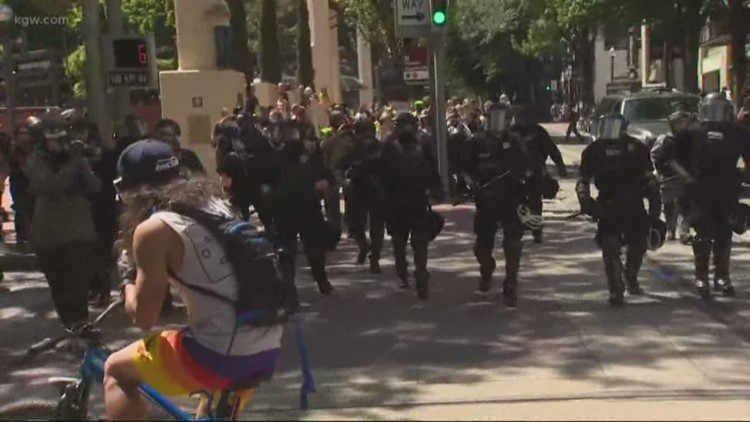 PORTLAND, Oregon — Oregon's federal prosecutor is convening meetings with federal, state and local law enforcement to help Portland police prepare for a right-wing rally and counter-protests that could become violent.

A rally against anti-fascists being advertised for Aug. 17 is expected to draw far-right groups such as the Proud Boys, Oathkeepers and Three Percenters to Portland.

Rose City Antifa has issued a statement asking counter-protesters to defend Portland from a "far-right attack."

Clashes between right-wing demonstrators, many from outside Oregon, and anti-fascist groups attracted national attention in June when an attack on the conservative blogger Andy Ngo was captured on video.

Police Chief Danielle Outlaw said Friday that social media postings indicate some people who plan to attend plan to engage in criminal activity and police are preparing for that possibility.