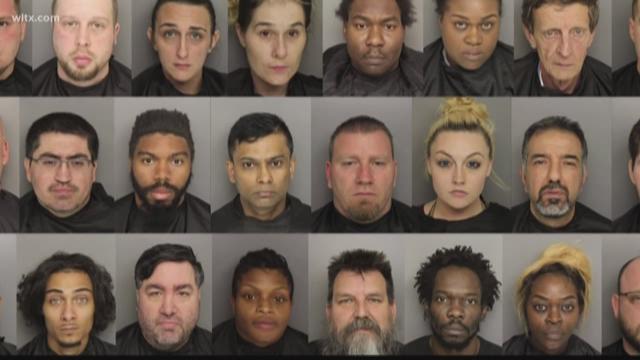 Columbia, SC (WLTX) - With 45 arrests made in the Upstate dealing with child sex crimes and human trafficking, it's setting in how much of problem this is in our state.

It's an issue that's becoming more of a harsh reality as we all become more aware of it.

As part of our Selling Girls series, we caught up with the state human trafficking task force as they met Friday to discuss more ways we can help victims and survivors, what progress has been made in the fight, and what still needs to be done.

Kathryn Moorehead is the coordinator of the statewide human trafficking taskforce.

Moorehead says the interstates and busy roads in those areas may contribute to why there are more reports of human trafficking.

She believes more awareness to the issue has helped people know what signs to look out for.

"Human trafficking is extremely broad, it's in-depth, and it affects everyone. They are our future. What is the purpose of someone exploiting a child and ultimately destroying their entire life for maybe a thousand dollars? There shouldn't be a purpose for that," said Williams Scurry.

Williams Scurry says awareness is helping save those that are stuck in the world of human trafficking.

"Richland County had three operations in January where they arrested 17 purchasers. Of course it wasn't the same scale as Greenville County but we are doing work to prevent this crime," said Williams Scurry.

Although progress is being made, Williams Scurry believes there's more room for change.