The all-clear was given for the campus after 11 a.m. and no fire or threat was found. 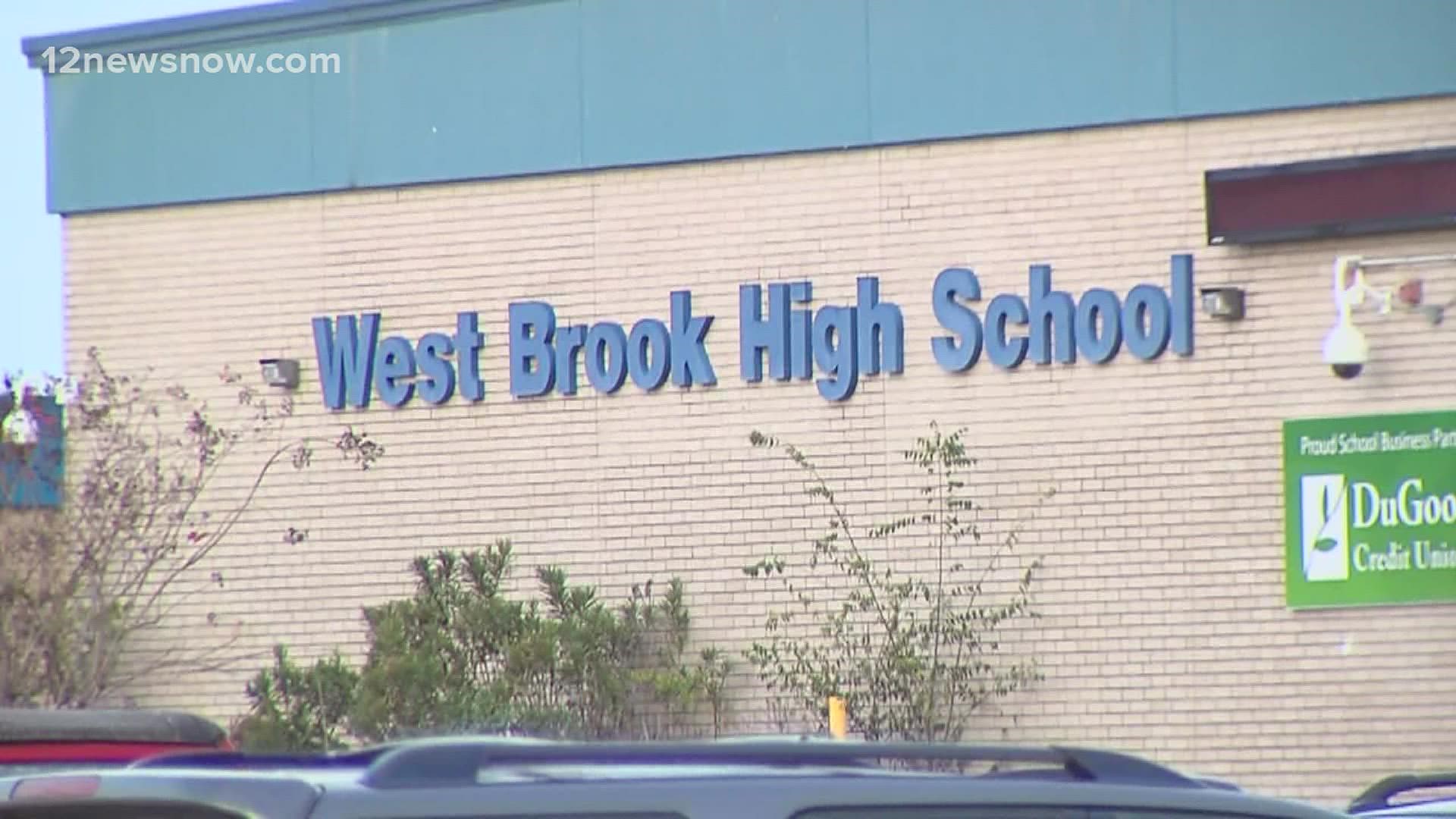 BEAUMONT, Texas — Students at West Brook High School were evacuated for a couple hours Wednesday morning after a fire alarm was activated and a threat was received.

The campus was evacuated out of an "abundance of caution" after an "additional threat" was received following the activation of the fire alarm according to a statement form the Beaumont Independent School District.

The Beaumont Fire Department was notified and determined there was no threat of a fire and a district police officer and K-9 searched both the interior and exterior of the campus the statement said.

The all-clear was given for the campus after 11 a.m. according to the district.

The district police department as well as the Beaumont fire marshal and ATF agents are investigating the incident.

The district noted in its statement that it takes all threats seriously and warned students that threats will not be tolerated.

"The district urges parents and guardians to speak with their children on the seriousness of making false statements of a threatening nature and the consequences of these actions," the statement said.

This is a developing story. We will update with more if and when we receive more confirmed information.

If you have information about a crime you could earn a cash reward of up to $1000 by providing an ANONYMOUS tip to Crime Stoppers of Southeast Texas.

Call 833-TIPS (8477) or download the P3Tips App on your mobile device to submit your tip anonymously.

From the Beaumont Independent School District...

A fire alarm at West Brook High School was activated during the morning on September 29, and students were evacuated from the campus.

After receiving an additional threat, and out of an abundance of caution, the campus was placed on lockdown after the fire department determined there was no fire threat.

Safety protocols were initiated and an investigation is underway with BISD Police Department, Beaumont Fire Marshall and ATF personnel. The district K-9 searched the exterior and interior of the campus and the campus received an all-clear.

BISD takes all threats very seriously and wants students to know that actions such as these will not be tolerated. The district urges parents and guardians to speak with their children on the seriousness of making false statements of a threatening nature and the consequences of these actions.