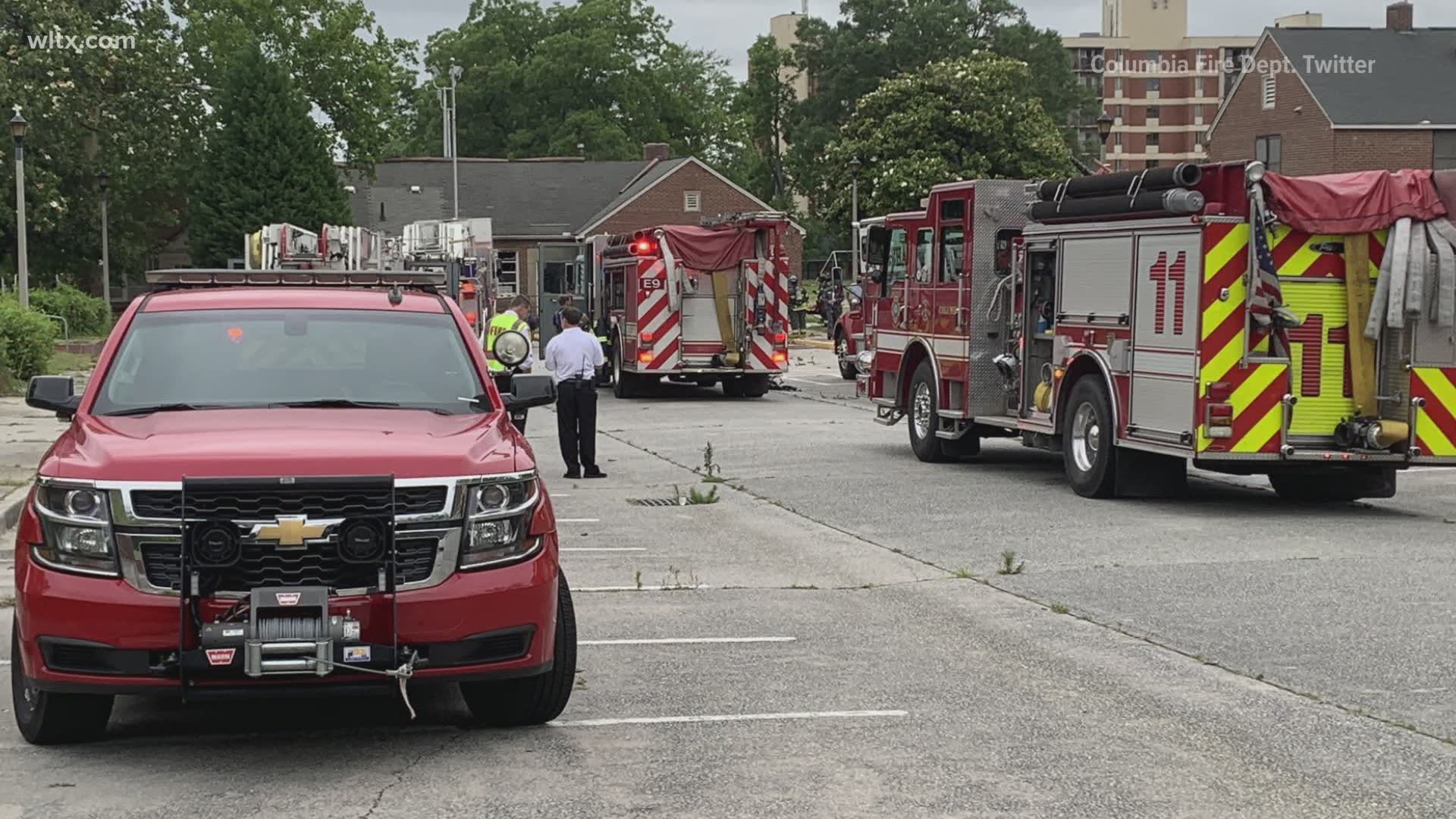 COLUMBIA, S.C. — Columbia Fire Department is investigating an early morning fire at Allen Benedict Court apartments in a building that once housed offices and day care facilities at the complex.

Around 11:30 a.m. Tuesday, Housing Authority spokesperson Cynthia Hardy tweeted a squatter may be responsible for the blaze.

Just past noon, Columbia Fire Department spokesperson Mike Desumma said, "the investigation concluded at this morning's fire at ABC was started by homeless occupants in the building who were trying to keep warm."

According to reports, crews responded to a call about a structure fire at the site around 8 a.m. Tuesday, June 16. Firefighters found the office building was on fire and the flames were quickly brought under control.

No injuries were reported and the building suffered mostly interior damage.

Columbia Housing Authority's Allen Benedict Court property has been abandoned since residents were evacuated in January 2019 after two men -- Derrick Roper and Calvin Witherspoon -- died in their apartments in Building J from carbon monoxide poisoning.

More recently, the Housing Authority is seeking bids to have the property razed.