The goal is to restart executions in the state, which haven't happened in 10 years. 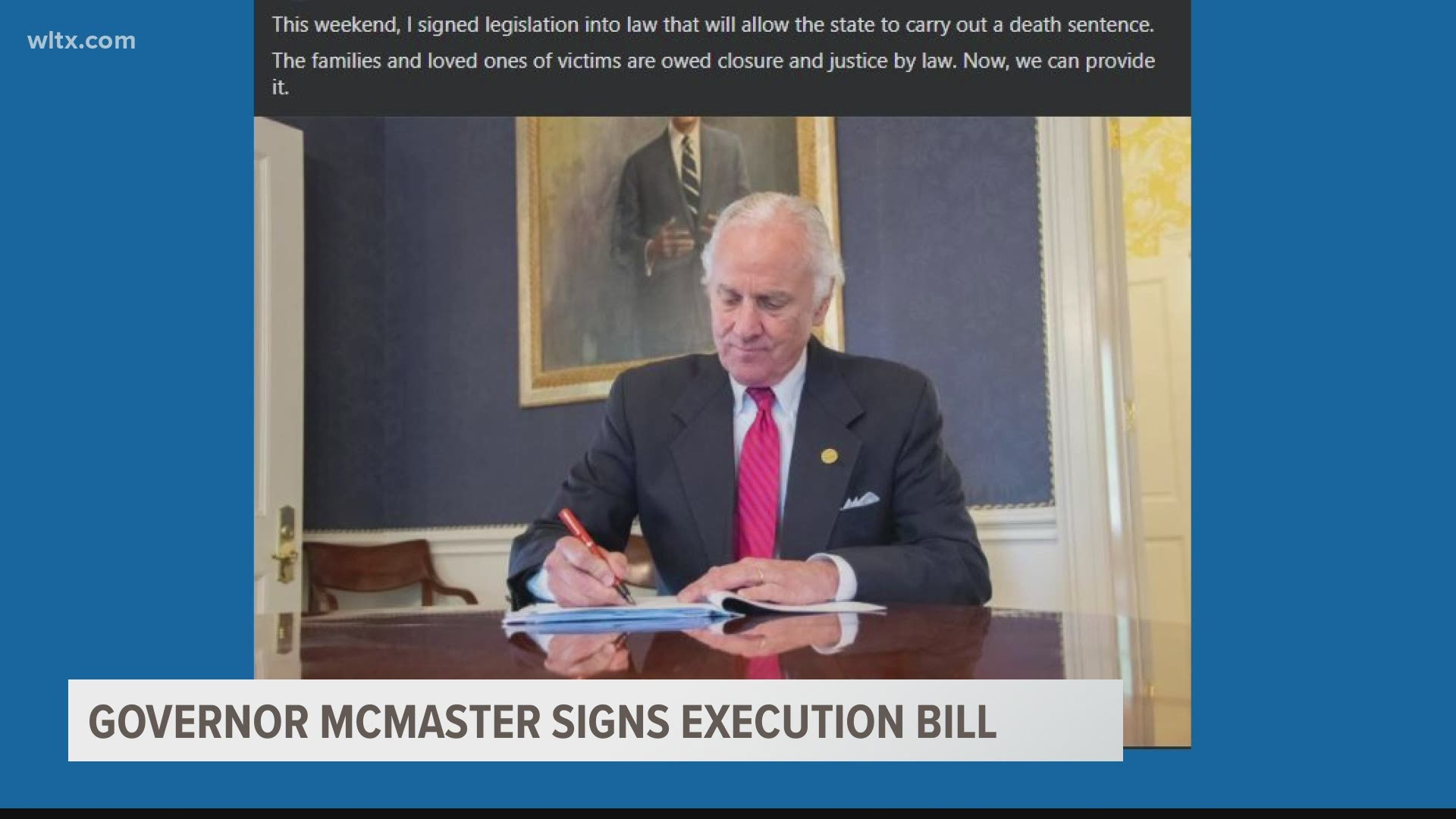 COLUMBIA, S.C. — South Carolina Gov. Henry McMaster has signed into law a bill that forces death row inmates to choose between the electric chair or a newly formed firing squad in hopes the state can restart executions after an involuntary 10-year pause.

The governor signed the bill Friday without fanfare. South Carolina had been one of the most prolific states of its size in putting inmates to death. But a lack of lethal injection drugs brought executions to a halt. Prosecutors said three inmates have exhausted all their normal appeals.

The death penalty is legal in South Carolina but no one on death row has been executed in nearly 10 years.

Lawyers for death row inmates say they're considering suing to stop executions under the new law.

Supporters of the law say it's necessary because the lack of the drug is denying justice to be carried out against people convicted of heinous crimes. Opponents are concerned about the death penalty in general and whether it should still be used considering some people on death row may be innocent.