Since opening in May, the resort has been booked with people looking for a 'socially distant' vacation. 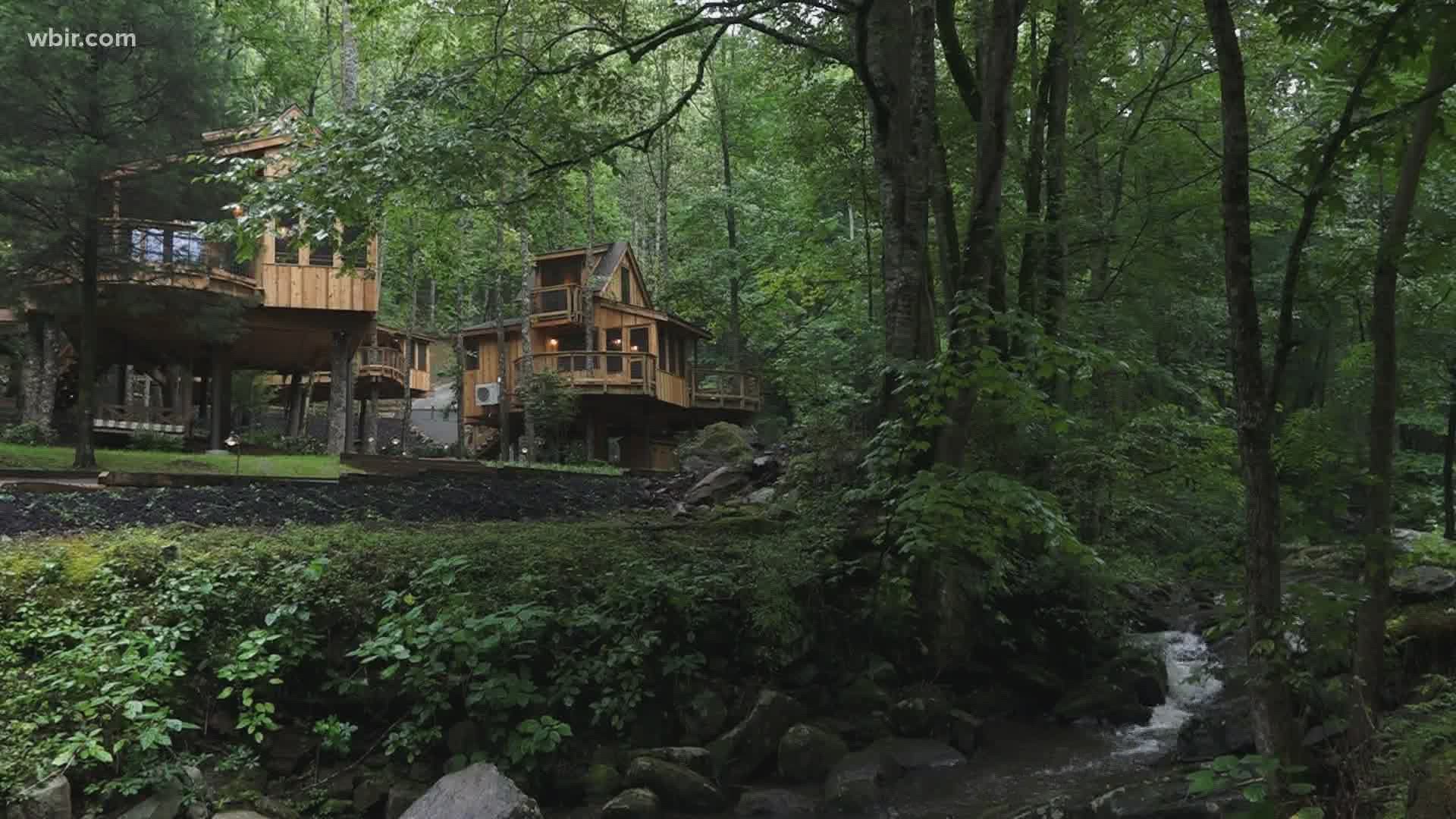 GATLINBURG, Tenn. — Like a lot of people, I've been working from home since March, and after staring out of the same window since then, it was time for a change of scenery.

I loaded up all my camera equipment and laptop and hit the road. It should've only taken about 55 minutes to get to my destination from downtown Knoxville, but because of traffic on I-40, it was closer to an hour and 15 minutes.

Just before I reached Gatlinburg, I turned off of the Parkway and onto a side road leading up to 'Treehouse Grove at Norton Creek,' a new luxury treehouse resort that opened in the spring.

The resort consists of eight unique treehouses designed by Pete Nelson, the host of Animal Planet's 'Treehouse Masters.' Each one has two bedrooms, wifi, and a large deck to admire the view of the woods and creek below.

I stayed in one called the Elm. Not long after arrived though, it started to rain.

Fortunately, I'm a book worm and there are several good reading nooks in, around, and even under the treehouse.

After an hour or so, the rain let up, and I was able to do a little exploring.

There are gravel walkways that lead to all of the houses and to Norton Creek that runs through the property.

Apparently, visitors have been putting their deck chairs in the water to cool off.

Owner Joseph Ayres said he calls it, 'Creek Sittin' with a silent G.

If it wasn't drizzling, I would have tried it myself, but since I was on assignment, I walked back to the treehouses to do some work on my computer.

RELATED: Glamping is the bougie travel trend even my squirrel-hunting, redneck uncle could get behind

Each house has a hidden table tucked behind the ladder that leads to the loft bedroom, and that's where I set up shop editing an interview I shot earlier with Ayres and Nelson.

By the time I finished up, the sun was beginning to set and the treehouses took on a whimsical glow. Each one has lights around the deck and even the pathways are lit up. Taking in the scene was a perfect way to end the day.