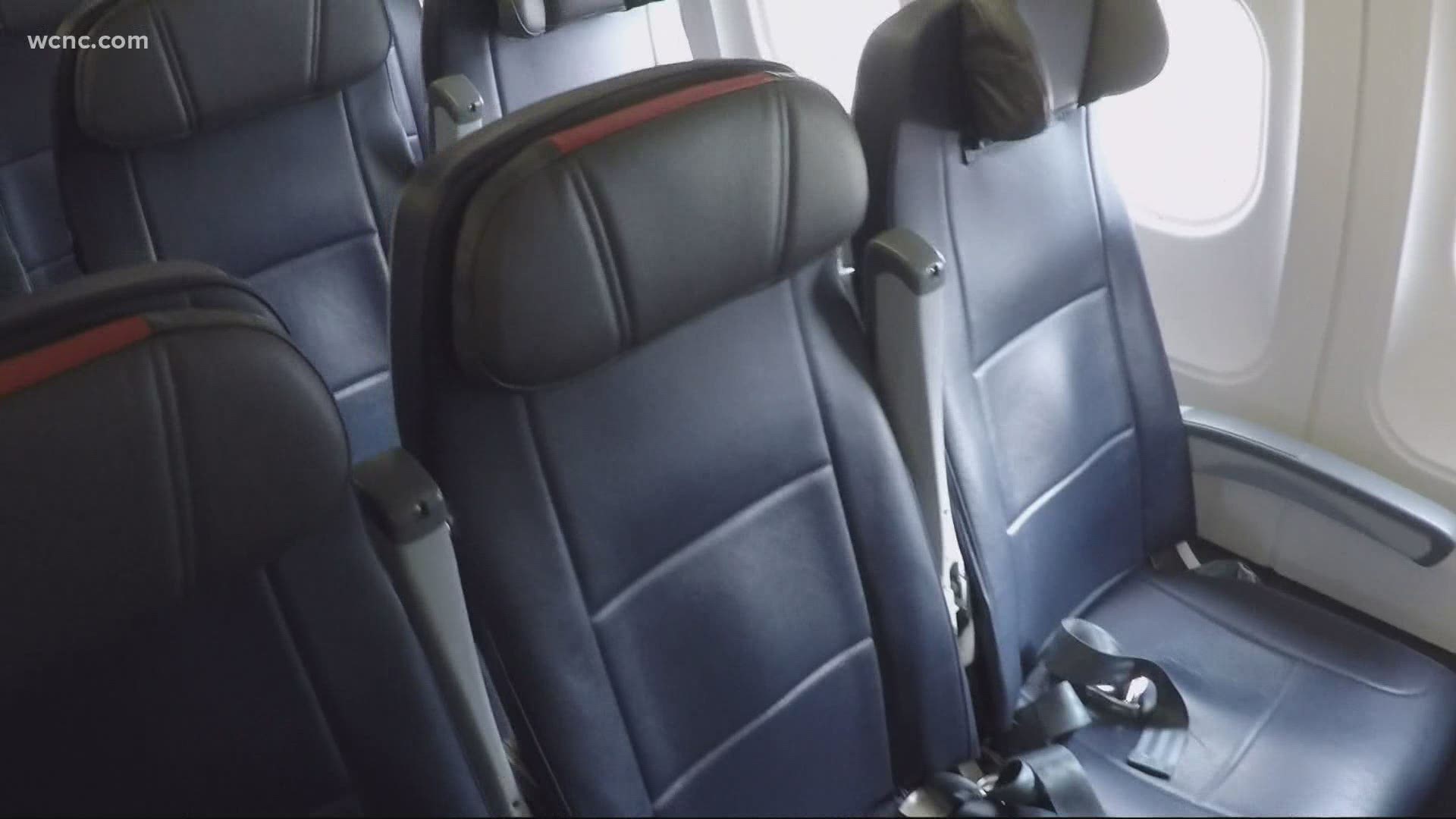 CHARLOTTE, N.C. — An American Airlines flight to the Bahamas from Charlotte Douglas International Airport arrived Tuesday after a daylong delay caused by disruptive passengers not complying with the federal mask mandate.

According to a spokesperson with American Airlines, Flight 893 from Charlotte to Nassau, Bahamas had passengers that were "non-compliant" with the federal mask mandate. Those passengers then became disruptive to other customers and refused to follow crew member instructions while on board.

“Per procedure, the customers involved were asked to exit the aircraft. We expect our customers to comply with our policies when they choose to fly with us, and we take action when that is not the case,” American Airlines said in a news release.

The flight, which was originally scheduled to depart Monday morning, was repeatedly delayed Monday. The airline later provided all passengers with meal vouchers and hotel rooms ahead of their rescheduled flight Tuesday.

Stephanie Krzywanski, a passenger on the plane, said the first flight to the Bahamas was delayed due to a mechanical issue. As passengers were being boarded onto a new aircraft, some of the passengers refused to wear the federally-required masks.

Krzywanski believed the passengers were a group of high school students going to celebrate in the Bahamas for graduation.

The conflict created what the airline called an "extended delay" with the flight ultimately being rescheduled for Tuesday morning.

WCNC Charlotte was on a Zoom video call with Krzywanski Monday when the pilot announced the flight was delayed until the next day. She said the passengers had already been on the second plane for nearly three hours before getting the announcement.

"They (the flight crew) really deserve to be recognized for what they did," Krzywanski told WCNC Charlotte on the video call from aboard the aircraft.

All the passengers, including those believed to have caused the disruption, were scheduled to be back on the plane Tuesday.

“After having a conversation with the group, our team at CLT confirmed with the customers that if they can travel on another flight, they will agree to comply with the face covering policy. The customers ultimately agreed and will travel to Nassau tomorrow,” American Airlines said in a statement.

Krzywanski feared the consequences of that rebooking.

"I think it's a bad, bad idea for them to let a bunch of kids that everyone is angry with back on the plane," she said Monday.

RELATED: As more people take to the skies, incidents of unruly behavior are on the rise

Editor's Note: A previous version of this story indicated the flight had been canceled. American Airlines has clarified that the flight is on an "extended delay" and will depart one day later than originally planned.