Monday marks the six year anniversary of the 2015 flood in the Midlands that rushed through the city, destroying nearly everything in it's path. 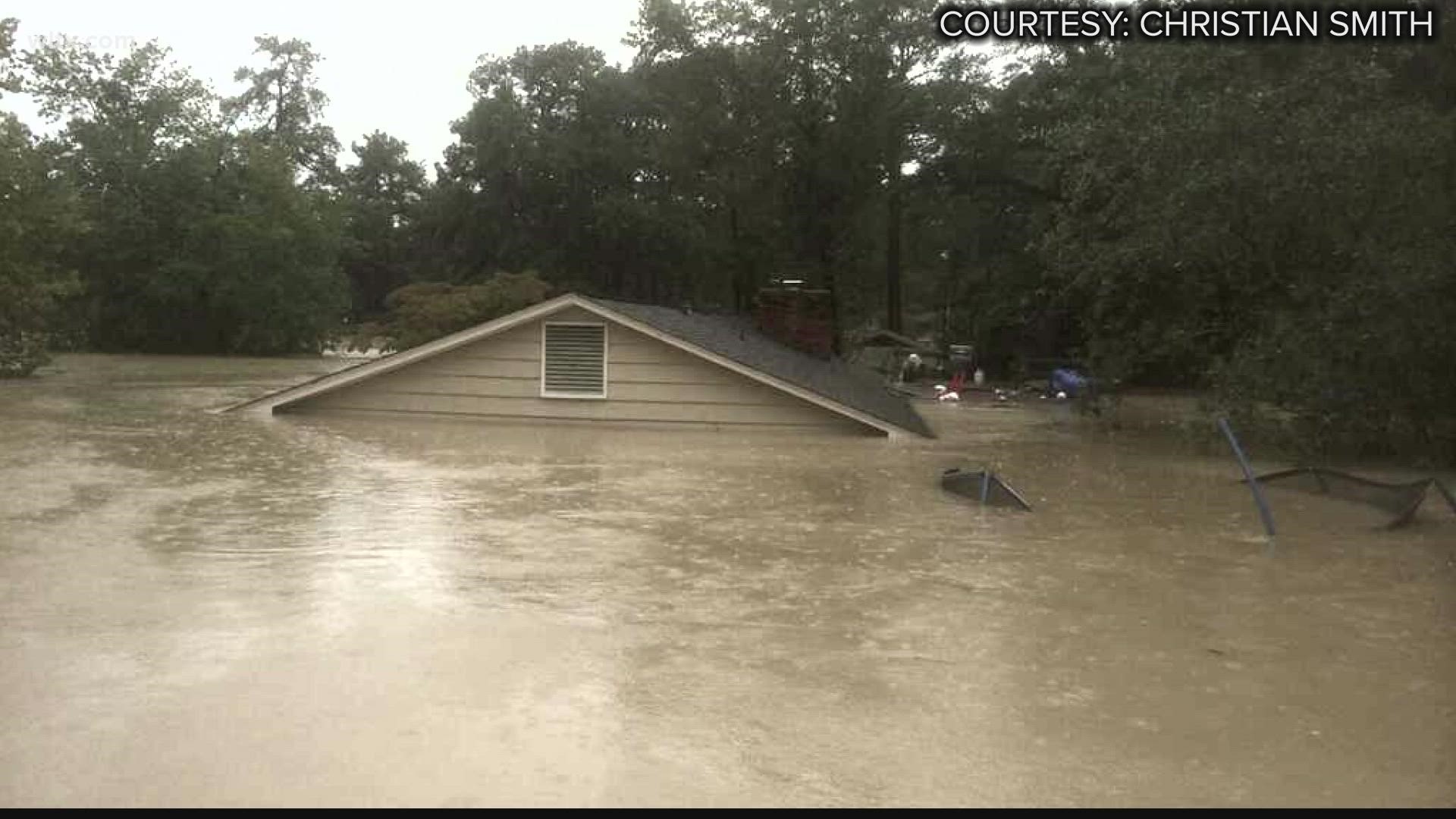 COLUMBIA, S.C. — Six years ago, thousands of structures in  Columbia were destroyed and filled with water after a 1,000 year flood washed through the Midlands.

The once in a lifetime flooding caused 19 people to die.

Columbia resident, Jim Reid said he began his Sunday morning just like any other, making coffee.

He lives a few blocks from Lake Katherine in the Gills Creek Area.

"It was rising so fast, you could almost see the water going up," Reid said. "I realized something bad was happening, and it was going to come into the house. So I started putting furniture up, chairs on the tables, things like that. And then a half hour later, a fireman knocked on the door and said ‘grab what you can and get out.'"

Reid was one of thousands who were forced to evacuate on October 3rd. He said his home was filled with more than a foot of water.

"It was shocking," Reid said. "I had about 17 inches of water that had been in the house and to seeing everything in a mess because things that water could lift up, moved around. Then it was like 'what do I do next?'"

Reid was displaced for two months and said some others weren't able to move back into their homes.

The excessive rainfall was caused by a stationary front that mixed with tropical moisture from Hurricane Joaquin caused more than 20 inches of rain to be dumped on parts of the Midlands.

RELATED: Columbia Canal expected to be fixed in the next three to four years

Reid said homeowners insurance does not cover flood damage, leaving hundreds, including himself, paying out of pocket.

"I had been told since this flood was caused by a dam break, that needed to be in the policy," Reid said. "Unfortunately, my policy said dam break was not covered in that policy."

Major flooding forced some residents to travel by boat, with water completely submerging some homes in the community.

"A significant number of man made dams literally just kept popping, primarily in the Southeast part of the city," said Steve Benjamin, City of Columbia Mayor.

One of the major structures that were destroyed, the Columbia Canal. The canal brought safe clean water to city residents. Many went over a week without a clean water source and power.

RELATED: Columbia, FEMA agree on $42 million in damages to canal from 2015 floods

Mayor Benjamin said the city received more than six-thousand 911 calls in one day. He told News 19 the Gills Creek Community was hit the hardest and took several weeks to recover.

"It took a while in different parts of town," Mayor Benjamin said. "But the entire Gills Creek, southeast side of town was hit the hardest by far."

The mayor said the city was able to rebuild because the community gathered together and supported each other.

"It was literally all hands on deck," Mayor Benjamin said. "You watched everyone, restaurants, Village Idiot, Lizard's Thicket, and just individuals. Everyone stepped up."

Six years later, the City of Columbia is still feeling the impacts from the flood and providing relief to some residents.

"We spent the last several years, getting people resettled," the mayor added. "Obviously recognizing that some land people should’ve never been built on in the first place, but it had been in the last 100 years or so, so returning some of that land to green space. Obviously using federal resources to compensate people."

"Church groups who came to help, and neighbors, it was just overwhelming how helpful they were," Reid said. "Couldn't have done it without all their help."

Reid said the flood has brought the community closer to each other.

"The dynamic of this neighborhood now, are much different than what they were then," Reid said. "It's much better than everybody knows each other and it's a much closer nit neighborhood than it was."