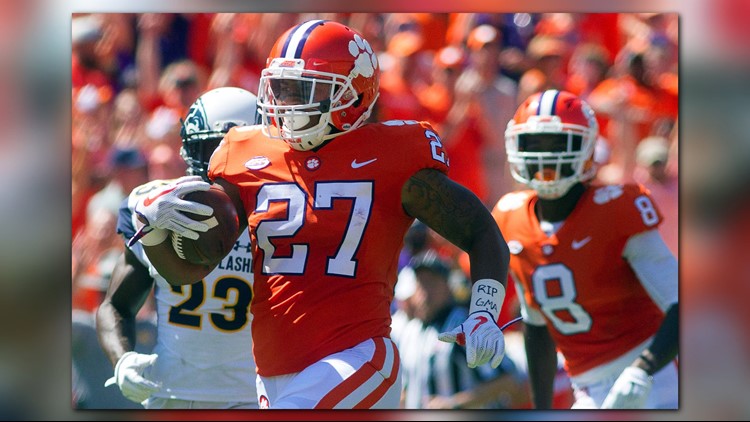 Gill Payne, athletic director at Easley High School, Fuller's alma mater, confirmed that he has died. There are no further details of his death at this time.

Fuller played at Clemson from 2014 to 2017, redshirting in 2014 before accumulating 599 yards rushing on 147 carries with five touchdowns over the next three seasons. He also had 290 yards on 17 career kickoff returns.

Fuller announced in February that he was transferring to another school for his final season of eligibility.

A former Easley High School star, Fuller was arrested along with former Clemson teammate Jadar Johnson and former high school teammate Quaven Ferguson on March 28 and charged with armed robbery and possession of a weapon during the commission of a crime by Clemson Police.

Fuller was a part of Clemson's three consecutive trips to the College Football Playoff which included the 2016 national championship. In the 2016 Fiesta Bowl against Ohio State, He had a 30-yard touchdown catch in the 31-0 win over th Buckeyes.

“Our thoughts, prayers and deepest sympathies are with C.J.’s family,” Head Coach Dabo Swinney said. “I’ve known C.J. a long time and watched him grow up through the Easley rec leagues all the way through Easley High School. I’m proud of what he accomplished as a Clemson Tiger, most of all, his accomplishment of being a Clemson graduate. Our deepest condolences and the thoughts of our program are with his family this evening. May he rest in peace.”

Our program is heartbroken this evening to learn of the passing of C.J. Fuller.https://t.co/jWVj4DzFBm