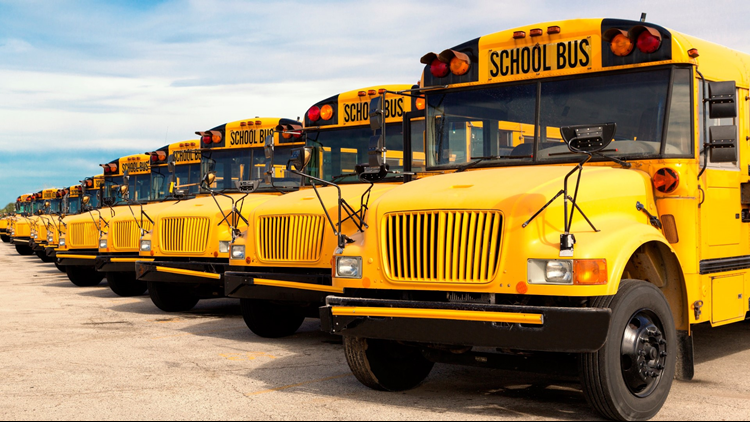 The vice chairman of the Anderson School District 1 board has resigned in protest over the way the district's administration reacted to a video of a teacher apparently trying to wake a student.
Author: Paul Hyde
Published: 7:42 AM EDT May 4, 2018
Updated: 7:47 AM EDT May 4, 2018

Anderson County, SC (Greenville Online) - The vice chairman of the Anderson School District 1 board has resigned in protest over the way the district's administration reacted to a video of a teacher apparently trying to wake a student.

Doug Atkins said the district forced Palmetto High School teacher Lisa Houston to resign after a video emerged of the math teacher standing on a desk and pulling a student's hair, patting his cheek and nudging him with her foot in an apparent effort to wake him.

Atkins, who hired Houston 27 years ago when he was the principal of Palmetto High, said Houston deserved a reprimand but didn't deserve to be forced out of the school after a long, exemplary record as an educator.

"I just don't want to be associated with this kind of action," said Atkins, explaining why he resigned the board after 12 years as a trustee.

"She was a good teacher, one of the best teachers the district has, with an excellent record," he said. "I hired her myself and know what kind of person she is. The administration reacted in haste."

The district said Houston retired "of her own accord," but Atkins said she was forced out.

"They told her she had to resign," Atkins said. "If she hadn't resigned, she might have ended up getting fired."

Context matters. The whole story matters. Standing up for one of the best of teachers matters. And, oh yeah, sound matters. Bowing to sensationalism can net you many things; tonight we’re seeing the people speak very loudly. Sadly, though, my school has lost one of its best. #iftheyfirehoustonwehaveaproblem

Many students and former students have taken to social media to defend Houston, saying the video, shared widely, has been misinterpreted.

Atkins and students say that the interaction between Houston, who is white, and the student, who is black, was playful rather than aggressive.

"You can tell that she was playing with him," Atkins said. "Even the boy himself wrote a letter that he knows she was teasing and he loved her. They just jumped the gun on her, and I don't want to be a part of it."

Atkins resigned from the school board Wednesday night.

"I'm just sad," Atkins said. "I've enjoyed these boards. I got on these boards to support the students, teachers and administrators. It's sad to go out like this. I have enjoyed serving the community, but under my convictions I thought it was the right thing to do."

Many students and former students are calling Houston a caring teacher whose reputation is being tarnished.

"The district wishes our community to know that the school administration immediately conducted an inquiry into what occurred," Jane Harrison, assistant superintendent for Anderson District 1, said in a written statement. "The individual has already separated as an Anderson 1 teacher. Although the district is unable to comment in detail about the matter, the administration took seriously what occurred, and the teacher, who has had an exemplary record of teaching performance, decided of her own accord that she would retire in the best interest of her school."

"She resigned, but I'd say it was more of a forced resignation," Beasley said.

He blamed administrators for overreacting to the video.

"There's a whole lot more going on, including the students laughing and the student in question hugging the teacher afterwards because it was a joke," Beasley said. "They were all having fun with it."

Beasley also blamed a local television news station for posting the video without context or both sides of the story represented.

"The thing that is heartbreaking is Lisa's reputation is just destroyed by this," Beasley said. "She'll probably never work in another school because of this. It could have all been prevented just by presenting all the facts in this situation."