An 18-year-old is dead and three others injured after a four-car accident in Sumter County on Thursday. 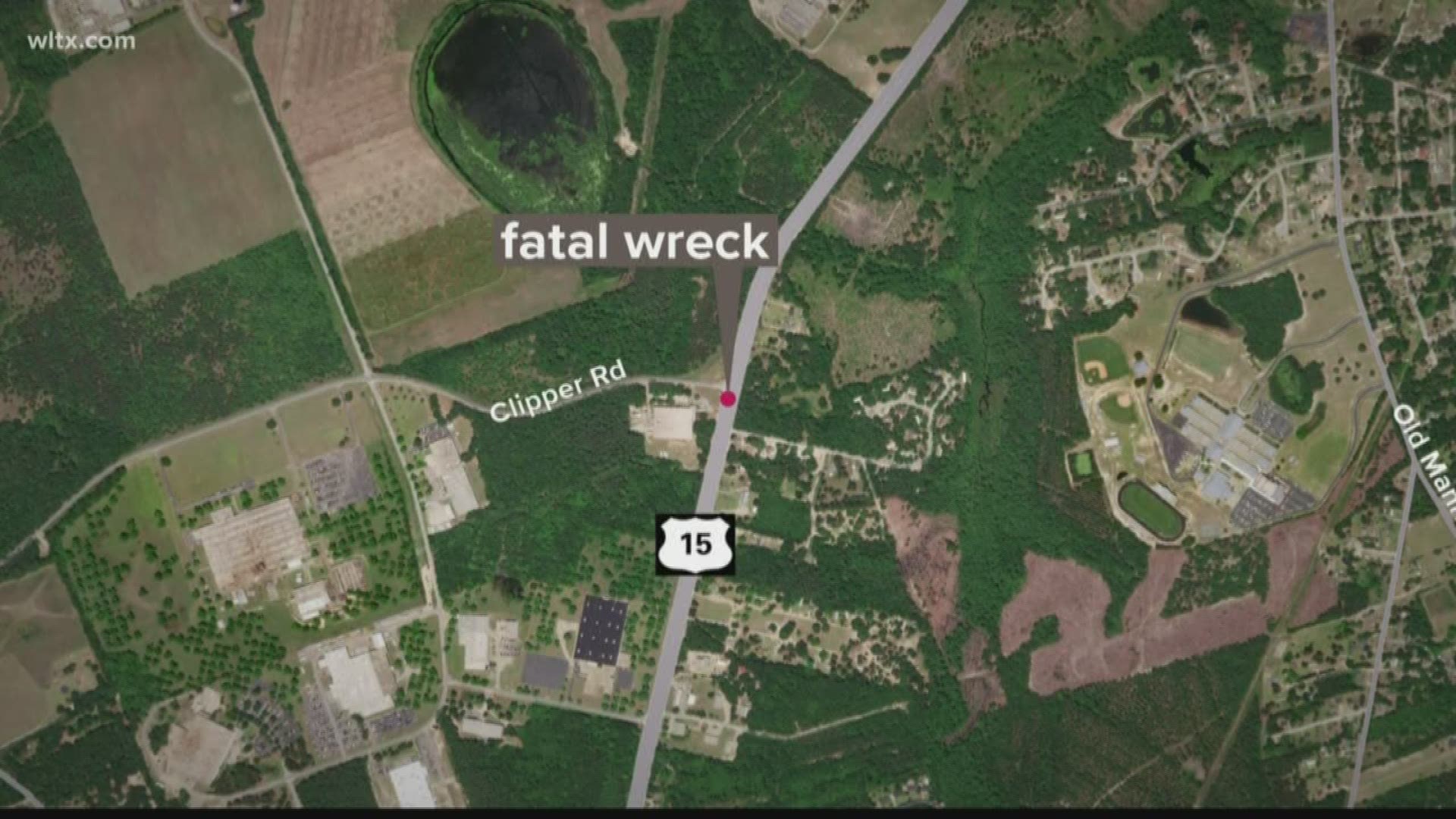 SUMTER COUNTY, S.C. — An 18-year-old is dead and three others injured after a four-car accident following a police pursuit in Sumter County Thursday afternoon.

Juyheim Robinson Jay, 18, of Sumter, was pronounced dead at the scene, according to Sumter County Coroner Robbie Baker. Troopers say Robinson was not wearing a seat belt at the time of the accident.

The accident happened around 4:20 p.m. Thursday on Clipper Road, off of US Hwy. 15, according to Lance Corp. Matt Southern with the South Carolina Highway Patrol (SCHP).

Sumter County Sheriff Dennis Anthony says a deputy clocked Jay on radar driving over the speed limit and attempted to make a traffic stop. Dennis said the car did not stop and eventually wrecked before the deputy was able to catch up.

After sideswiping the pickup truck, troopers say Jay continued on the wrong side of the road, striking a Toyota Camry traveling eastbound on Clipper Road.

The Toyota Camry then struck a Jeep SUV that was traveling directly behind the Camry on Clipper Road.

Three passengers in the Nissan sedan with Jay were transported to Prisma Health Tuomey Hospital. None of the passengers were wearing seat belts, troopers say. As of 8:30 p.m., there was no word on the condition of those passengers.

None of the drivers of the three other vehicles involved in the accident were injured. Troopers say all three were wearing seat belts at the time of the accident.

An autopsy is scheduled to be performed Monday morning at The Medical University of South Carolina in Charleston.

The accident remains under investigation by the S.C. Highway Patrol with assistance from it's Multidisciplinary Accident Investigation Team and the Sumter County Coroner's Office.