The armed trainee is accused of hijacking a school bus full of children Thursday morning. 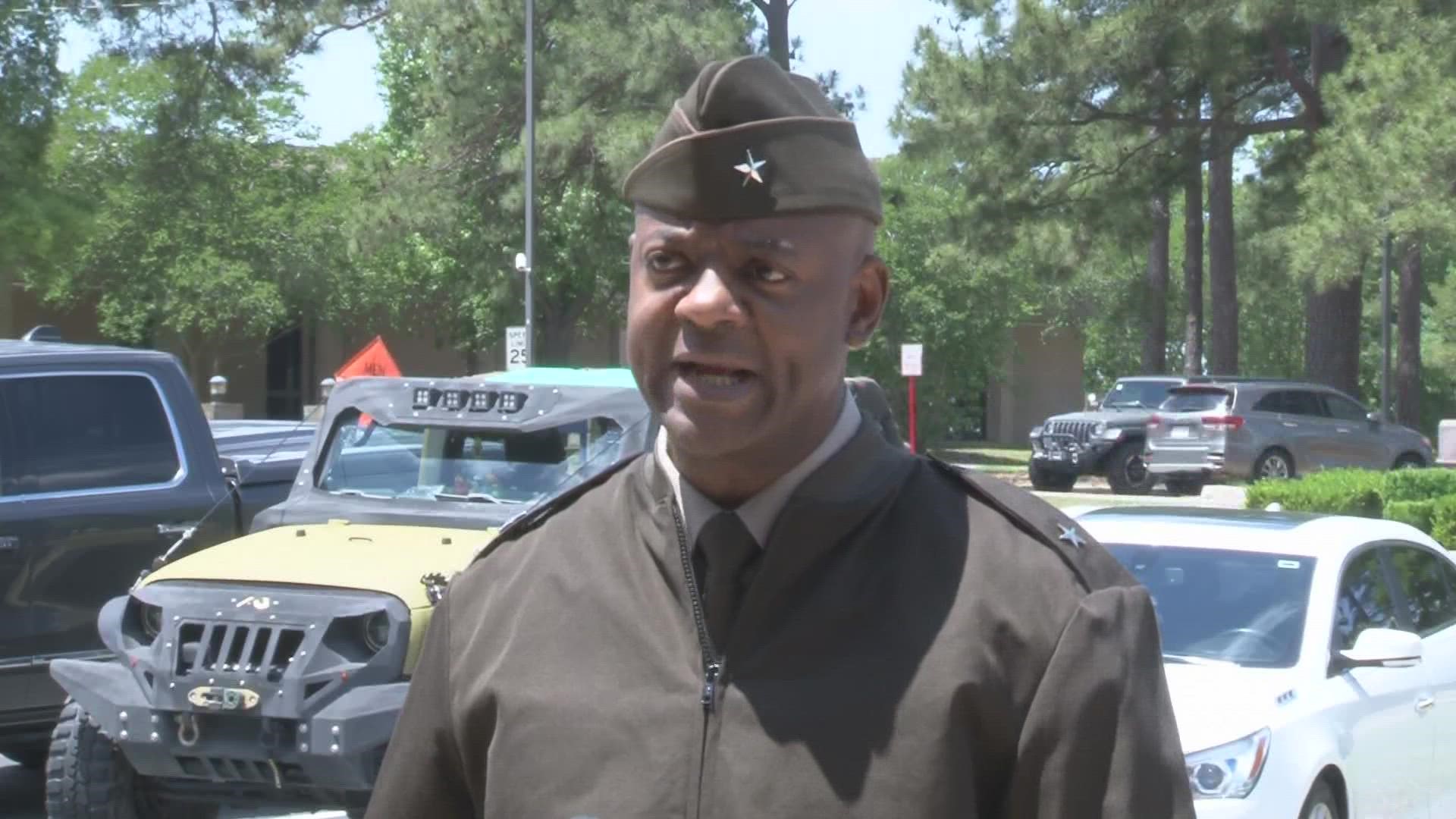 COLUMBIA, S.C. — Fort Jackson's commanding general is apologizing to the community after a trainee with the Army base allegedly hijacked a school bus full of children.

After briefly ordering the bus driver to take him a short distance, the man let the children and the driver off the bus along Percival Road. He ditched the bus a short distance away then ran away and left the firearm inside. Deputies were then able to take him into custody a short time away.

"For me this was a key failure in our accountability processes that I will fix going forward because the outcome potentially could have been much worse,' Beagle said.

According to the general, the 23-year-old recruit from New Jersey was with his other trainees during personal hygiene time before breakfast. At some point, he took his rifle--which did not have ammunition in it--and left, eventually jumping a fence.

A short time after he left, his fellow trainees noticed he was missing and alerted base officials, who then began a pursuit.

Beagle said by taking the weapon, he believes the recruit knew that would give him a head start, since a weapon left behind might after alerted people even earlier. He said recruits do not get ammunition until week four, and the ammo is kept in a separate area away from recruits that is secure.

Beagle said the man was in his third week of training at the base, and that the base usually sees some recruits have separation anxiety, with some wishing to go back home. The general believes this might have been the case in this incident, since deputies say the man told the bus driver he didn't want to harm anyone, but wanted to get to another town.

"There is nothing that leads us to believe, through his counseling through his screening records, that this had anything to do with harming others, harming himself," Beagle said. "We think [getting home] was truly his intent, and nothing beyond that."

Beagle said he will review systems and processes to determined where any breakdowns may have happened.

Fort Jackson leaders say they are working closely with Richland County Sherriff Department throughout the initial stages of this incident. Beagle thanked law enforcement for their quick work to catch the trainee.

He said the soldier could face discipline, but couldn't get specific at this time.