The South Carolina Supreme Court ruled the money could not be used for a private school program. 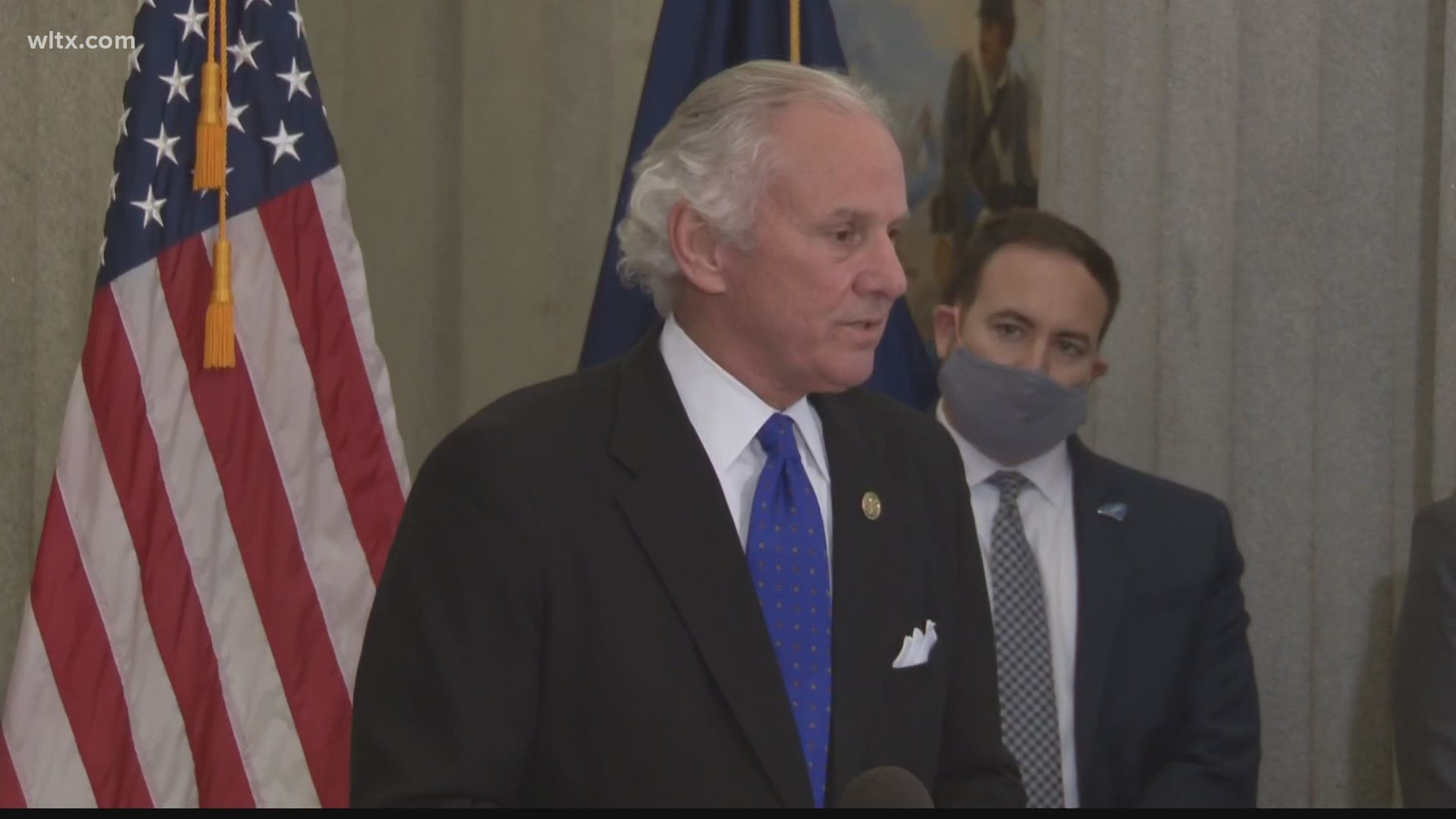 COLUMBIA, S.C. — South Carolina Governor Henry McMaster announced how millions from the Governor’s Education Emergency Relief (GEER) Fund will be used, months after the state supreme court told him he couldn't spend it the way he originally intended.

McMaster spoke Tuesday morning, in what was his first public appearance since he announced last month that he contracted the coronavirus.

South Carolina Technical Colleges: $8 million - To provide training for 3,100 adults in cares such as heathcare, computer technology and information technology, advanced manufacturing, distribution and logistics, and criminal justice and corrections.

Early childhood education: $7 million - Expanded day or summer programs for children for the full-day 4K program. The most will go to First Steps and other programs for at-risk children in 61 school districts.

The GEER funds, provided to states through the CARES Act, are to be allocated by the governor to state agencies and other entities that have a role in educating South Carolinians that have been adversely impacted by the COVID-19 pandemic.

It would have provided a one-time, needs-based grants of up to $6,500 that will help or subsidize the 2020-21 tuition for eligible students at participating private, parochial or independent schools in South Carolina. Approximately 5,000 grants were to be funded.

But just days after the announcement, a lawsuit was filed against him by the South Carolina Education Association and the Orangeburg County School District.

"[The] program constitutes the use of public funds for the direct benefit of private educational institutions within the meaning of, and prohibited by, Article XI, Section 4 of the South Carolina Constitution." Chief Justice Donald Beatty wrote in the decision.

McMaster asked the court to reconsider the ruling, but they refused.