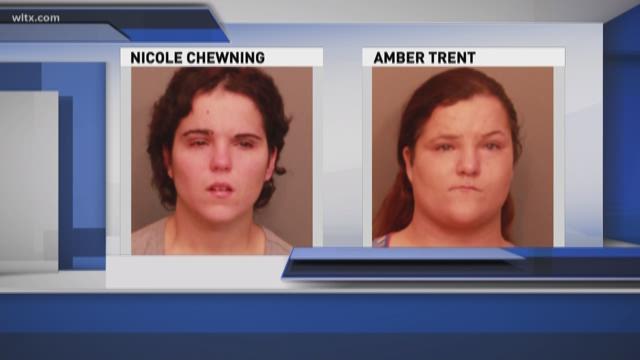 New charges have been filed in the death of James Boyd Chewning, a retired pastor who was duct-taped, restrained and beaten to death in November, according to the S.C. Law Enforcement Division (SLED).

Chewning's granddaughters, Nicole Krystyn Chewning, 23, and Amber Nicole Trent, 26, were arrested last week and charged with with abuse of neglect of a vulnerable adult resulting in death, a felony which carries a penalty of up to 30 years in prison if convicted.

79-year-old Boyd Chewning died November 2, 2017, after having been duct-taped and beaten by his family, according to officials. Police originally charged Chewning's son and daughter-in-law with his death. Donald Ralph Chewning, 51, and Kathy Laine Chewning, 48, were charged on November 3.

Investigators say Chewning, who lived with his family, was battered and restrained to a bed using zip ties and rags until he died. Officials also say the family used duct tape to cover his mouth and eyes.

According to the United Methodist Church of South Carolina, Chewing served 15 churches throughout the state in his 40 years as an ordained minister.