A group of Swansea residents are suing a gun range because of constant gunfire, stray bullets, among other reasons. 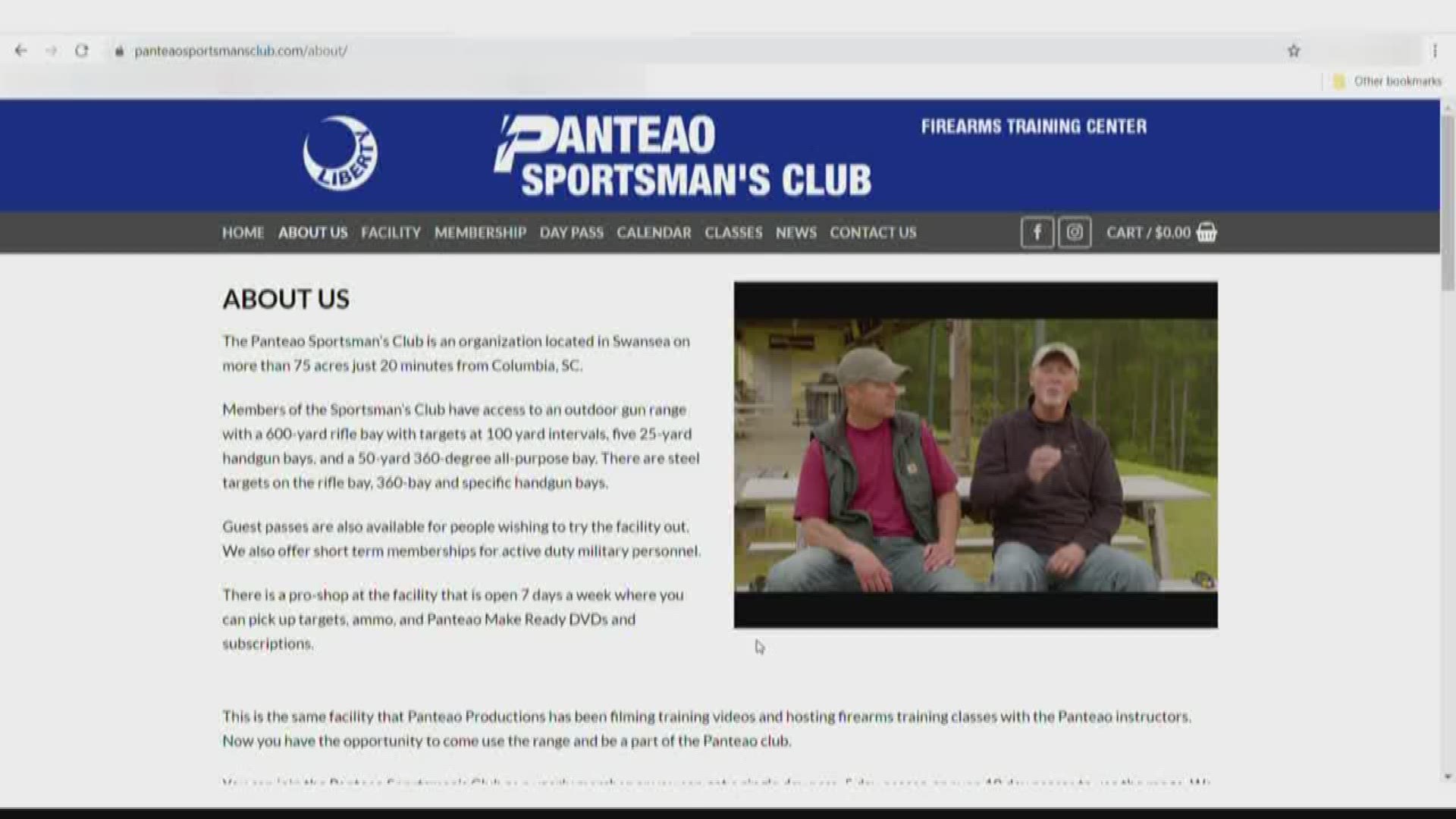 SWANSEA, S.C. — A group of neighbors in Swansea are in a legal battle against a gun range that they say terrorizes them.

Susan Smith lives on Gus Sturkie Road in Swansea where her family has been since 1957.

In 2015, a small gun range that borders her property was leased to a company called Panteo Sportsman’s Club. She says her life has been a nightmare ever since.“The shooting usually starts shortly after 9 in the morning, during the week its usually steady all day long, some days worse than others," Smith explains. "The weekends, Saturday and Sunday is just heavy fire almost all day long. It's multiple weapons at one time, it's high-powered weapons.”

Smith says she was walking down the street one day when she experienced something she never dreamed she would. “A bullet flew passed me about five feet away just a little above my head. And it’s a feeling you don’t forget. It’s a very distinct sound and it’s just not something you want to experience more than once.”

The range advertises itself as a firearms training facility. In a video on their website, instructors describe how Panteo differs from many other shooting ranges. The instructors in the video say, in part, “So many places you go, you’ve got those range rules. And I get it- for the liability purposes. But, you’ve got to put the gun on the bench, you can pick it up, you can’t shoot more than one round per second, you can’t draw from the holster, you can’t take a kneeling position- well you know, if you’re interested in your personal security, what good is that? That’s not the case at the Panteo facility- you can do pretty much anything you ant to do in a facility that can pretty much encompass just about anything you want to do.”

Attorneys Eric Bland and Bryn Sarvis represent the neighbors. They say one homeowner even found a bullet on their back porch.  “Mrs. Pound for instance, she has lovely gardens that she’s afraid to go into her gardens, they have grandchildren that can’t come out to their pool because they’re in the direct line of fire of the pistol range,' Bland says. "People have a right not to be terrorized in their home.”

The attorneys and Ms. Smith tell us lead from the bullets can be found all over her property that borders the range. The attorneys say over 30 have been found in just the past few weeks. News19 found two just walking around while we were there.

Credit: WLTX
Bullets found on Ms. Smith's property, some while News19 was there.

“[There are] concerns of the neighbors and our clients because of all of the lead from the bullets being shot into the ground causing possible underground water problems because all of these homes are on well water- there’s not municipal water," Bland explains.

Bland says most of the neighbors are elderly and they should be able to find solace in their own homes.

“The pistol range is directly behind us. This shoots directly into Gus Sturkie Rd. where our clients traverse every day to and from their jobs, to and from the grocery store in their car. Mrs. Smith walks every day," Bland explains,"This is her property.”

Bland told us the nearby resident originally sold the property to Panteo wishes he hadn't. In an affidavit for the case, the neighbors states, "Had I known what I know now, I would not have sold it to him. The property is dangerous and something needs to be done about it."

Another neighbor said in an affidavit, "Though I am now weakened by the effects of stage IV cancer, I can get no real rest because of Panteo Sportsman's Club," it continues, "which subjects us to constant gunfire and the sound of war on an ongoing basis. Though I don't live on the same street as Panteo Sportsman's Club, my neighbors and I have to suffer through relentless gunfire every day of the week with very little interruption of the constant gunfire."

We reached out to Panteo Sportsman's Club who told us:

"Our #1 priority at Panteao Sportsman’s Club is the safety of our members, guests, and neighbors. We take great pride in our facility. It is a world class range with many features to keep everyone around us safe. The property has served as a shooting range since 2009. We acquired the property from its previous owner in December of 2018 and have made tremendous strides in improving the safety of the facility to protect our members, guests, and neighbors. In addition to serving as a private shooting range, we frequently offer firearms training and instruction to local, state, and federal law enforcement officers. We will always work to improve our facility and be good neighbors.”

RELATED: Round table discussion on gun violence held after shooting at Columbia church

According to Bland, the neighbors have brought a lawsuit requesting injunction to have the range cease operations or put safety guidelines in place so that bullets don't leave the range and so the noise from all of the gunfire is monitored properly and is not excessive.

The lawsuit is ongoing.