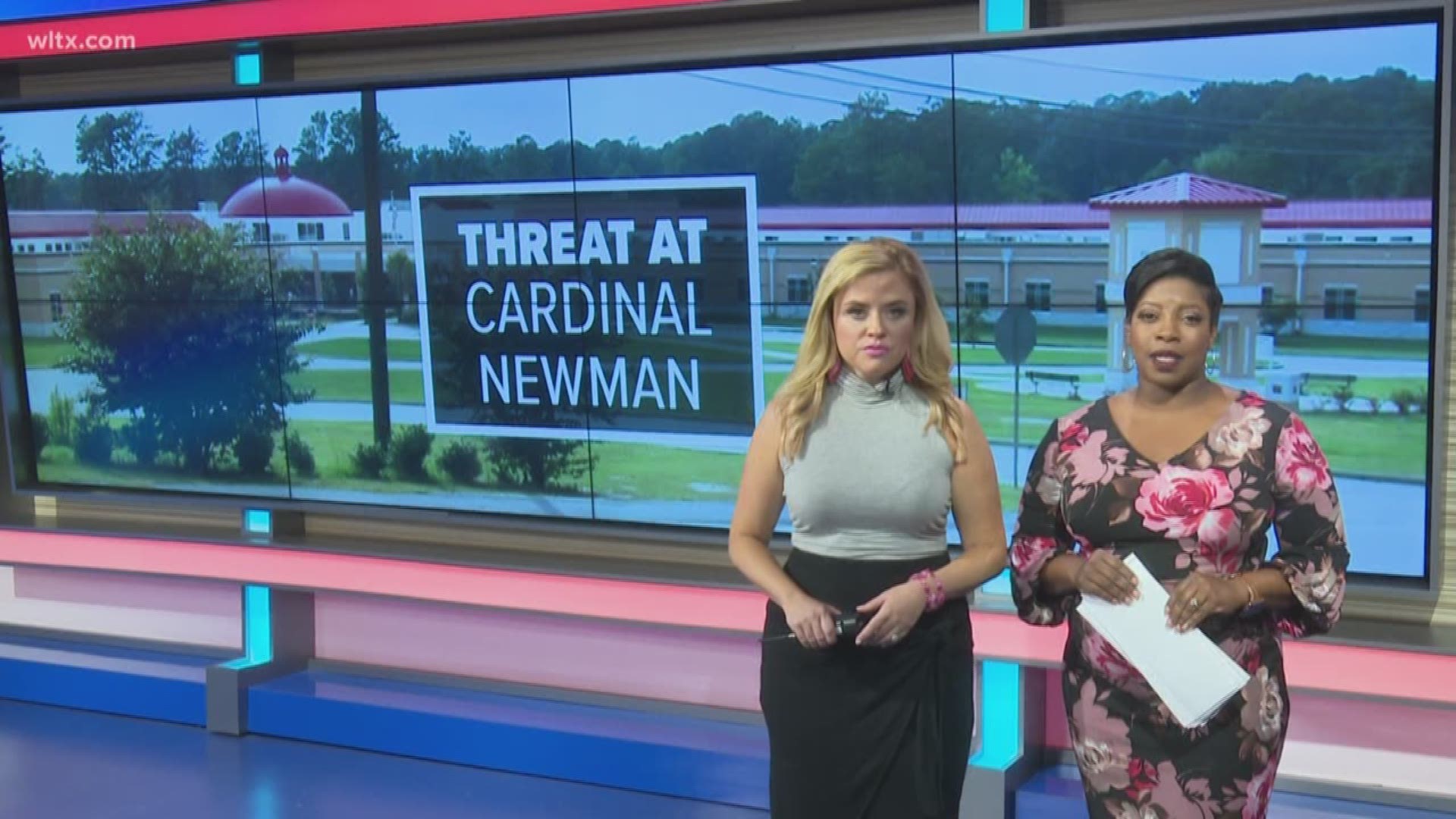 The Richland County Sheriff's Department says guns have been removed from the home of a former Cardinal Newman student who they say threatened to 'shoot up' the school.

The agency said the weapons were taken from the home of the 16-year-old boy, who officers say also posted racist videos online. The teen was arrested and charged last month in connection with the threat. The arrest, however, only came to light last Friday.

An incident report from the Richland County Sheriff's Department revealed a list of disturbing actions by the student that dated back to mid-May.

Administrators eventually discovered in July a group text with multiple videos of the student making racist comments and pretending to shoot black people. Officials say the student used a real gun to shoot a box of basketball shoes because in his words, he quote "hates n-words and they are stinky."

When the school saw the videos, he was told on July 15 he was being expelled, but he was allowed to withdraw from the school. He was also banned from campus grounds.

On July 17, however, another video came to light that deputies say showed him threatening to 'shoot up the school.'  On July 17, deputies arrested the student for making the threat.

The Richland County Sheriff Department's public information staff said the agency made no public statements on the arrest because there was no immediate threat.

"In previous incidents of threats on school campuses, the sheriff’s department has released information for public safety purposes, such as the school being in session or to address the concerns of parents and students," the statement read. "Also, information is released when responding to ongoing incidents such as school lockdowns. The threat in this case was historical, was neutralized with an arrest, and posed no immediate threat to the students of Cardinal Newman."

"The sheriff’s department immediately notified the school of the juvenile’s arrest and continued to update the school’s administration regarding the investigation."

Cardinal Newman did not initially tell parents about the arrest either, until this past weekend. On Monday, the school's principal apologized for the delay, saying he'd heard from parents who expressed the fear and anxiety they'd experienced over hearing about the threats.

Editorial note on the videos:

Over the weekend, videos that appear to be of the student have gone viral on social media.

Since the student is considered a juvenile under the law News19 is not showing his face or using his voice. We know there are plenty of posts online where you can see and hear him, and many of these posts list his name and the prominent local political family he is related to. But since he is not charged as an adult right now we will be withholding his name as we would any other minor charged.

While we are not showing the student, we think it is important for everyone to understand the nature of the videos. After much debate, we've decided to show you still pictures from the video while relaying the violent content of the posts. That video is included at the top of this article, is available below, and has been featured in our newscasts.