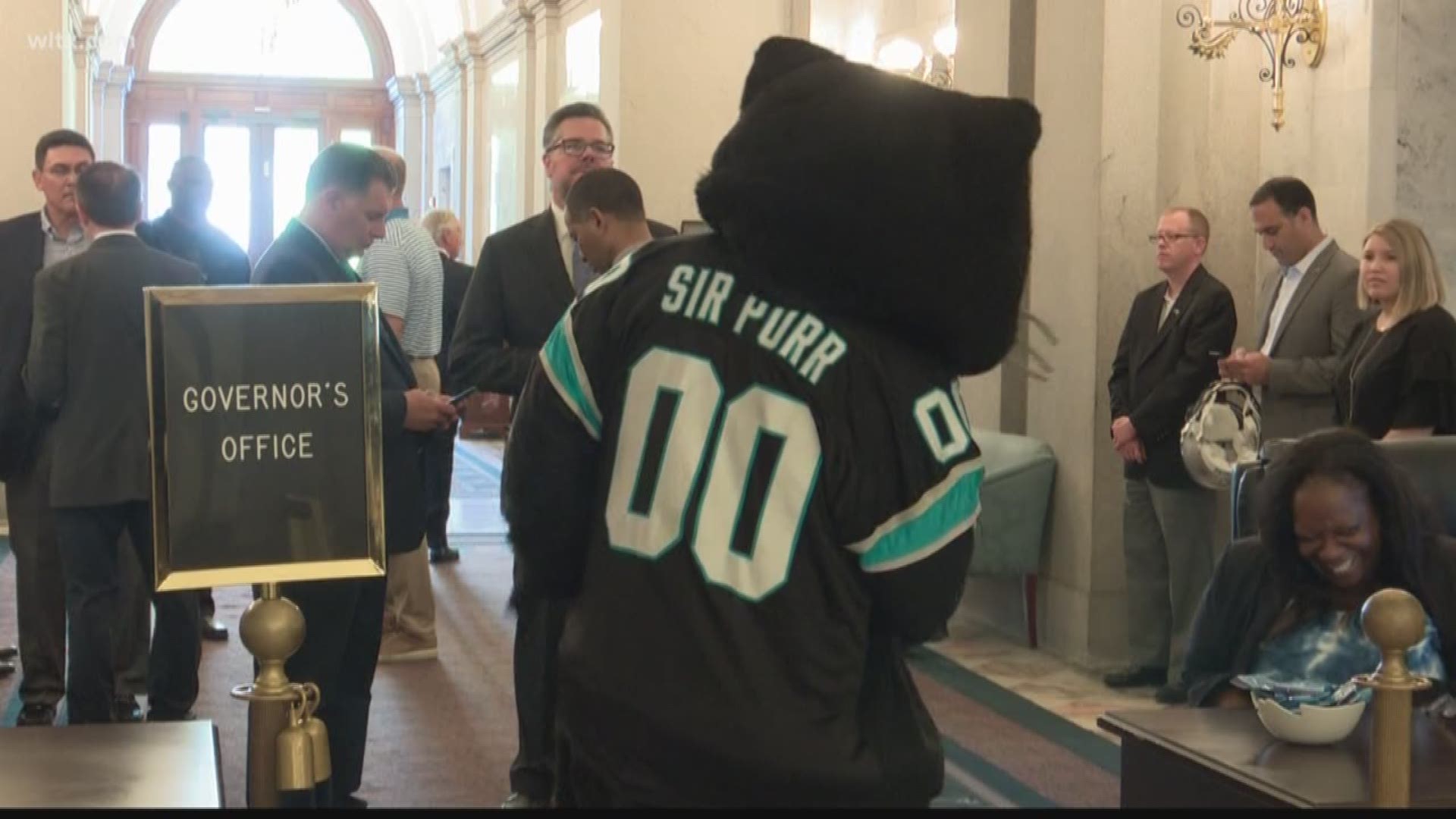 COLUMBIA, S.C. — State Democratic Senator Dick Harpootlian, Richland, is continuing to raise his concerns over a proposed bill that would give tax breaks to professional sports teams.

The bill is an attempt to lure the Carolina Panthers to build a practice facility and headquarters in York County.

Since the start, Harpootlian has argued parts of the deal are not the best way to use taxpayer funds and has claimed the Governor's office has overestimated its economic impact.

On Tuesday, Harpootlian continued his criticism, bringing a stack of papers to the Senate he claims show the South Carolina Department of Transportation's unfunded road projects.

"[I'm] attempting to explain to Senators, before we spend 45 million dollars an interchange in York county, for which there is currently apparently, no need, maybe we ought to use that same money, $20 million of which is federal money, on projects that are needed in Lexington county, Richland county, Charleston county, and Aiken county. This Panthers deal makes no sense whatsoever," Harpootlian said.

The interchange, expected to cost roughly $40 million, would be built on I-77 as a part of South Carolina's side of the deal.

Harpootlian also continued his claim that the state's economic impact expectations of the deal were overblown.

"No other practice facility around the country has the level of development they're talking about, except Dallas, in the middle of Dallas-Ft. Worth. And I'm sorry, Rock Hill ain't Dallas-Ft. Worth. So, they use these comparisons-- This is a vanity project. The Governor wants a little NFL bling, that's all that's going on here," Harpootlian said.

In the letter, the Secretary of Transportation says, "The interchange and associated work will not be funded with SCDOT funds and will not compete with any other ranked and funded SCDOT projects."

The Governor has repeatedly supported the bill and urged lawmakers to do the same.

The bill has passed the House and awaits a vote in the Senate.