No cap on 2020 hemp farming season in SC

Hemp farming registration is officially open and for the first time, there is no limit to how many permits the state can issue. 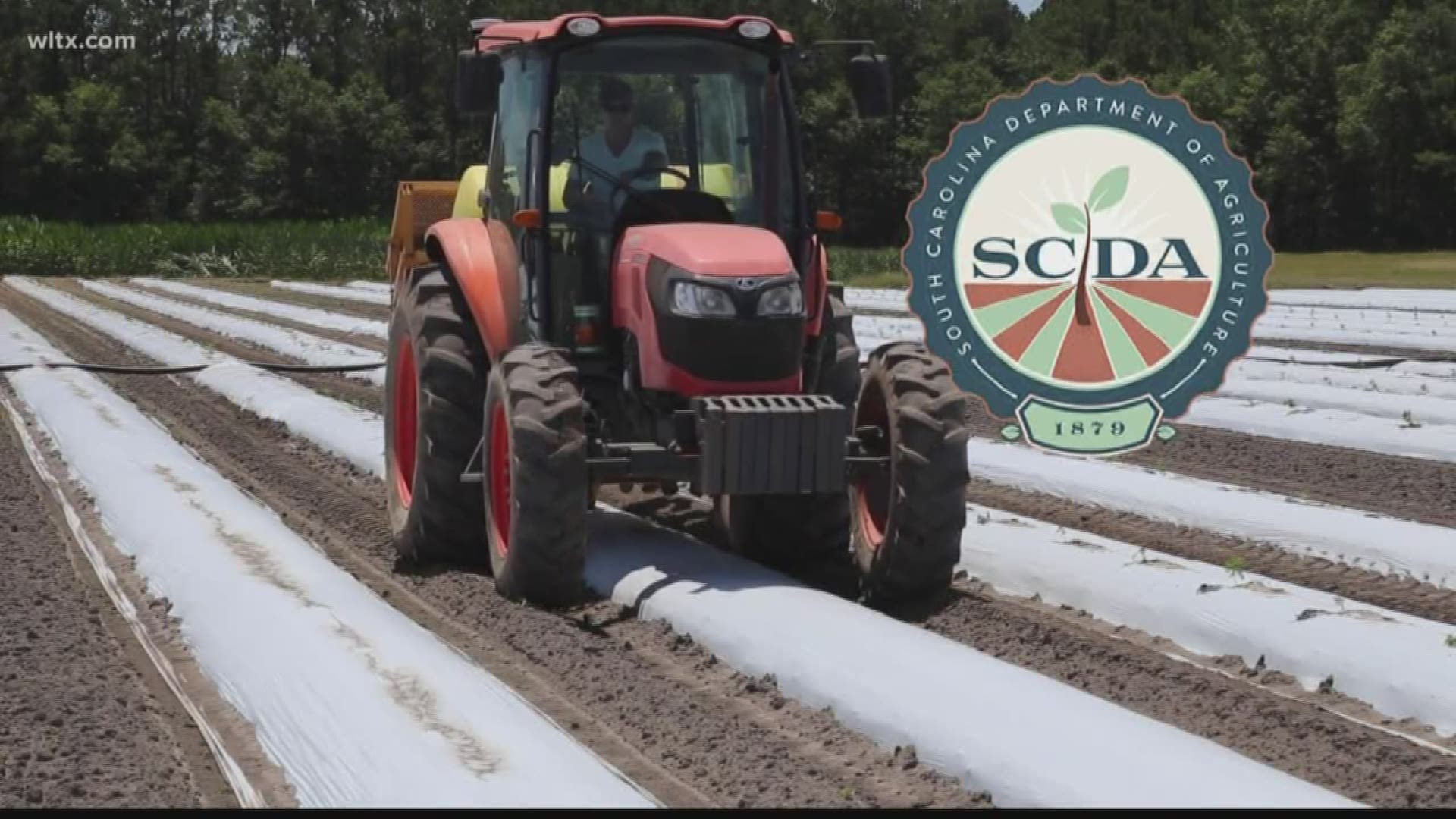 COLUMBIA, S.C. — As of February 1, hemp farming, handling and processing permits are open for the 2020 grow season.

The South Carolina Department of Agriculture (SCDA) has been issuing these permits to farmers since their program began in 2018.

"That first year, 2018, state law only allowed us to issue only 20 permits," Eva Moore with the SCDA tells us, "so 20 farmers who were allowed to grow 20 acres a piece. That doubled the next year [2019] to 40 farmers, 40 acres a piece. And then, some state and federal laws changes kind of blew that even wider open. So, we actually ended up with 114 farmers last year."

This year, there is no cap on permits the SCDA can issue, therefore if you meet all of the requirements, anyone can grow hemp. Those requirements being: proof of South Carolina residency, criminal background check, $100 non refundable application fee and $1,000 permit fee, GPS coordinates of all locations on which hemp will be grown and attending an SCDA orientation and signing a Hemp Farming Agreement prior to possessing any hemp, including clones and seeds.

RELATED: Is it pot or not? Busts show growing confusion over legal hemp

But what exactly is hemp?

First and foremost, it is a plant. "It's actually the same plant as marijuana cannabis sativa," Moore tells us, "but it has much lower levels of THC which is the psychoactive chemical."

According to their website, the plant's "THC levels determine whether the substance is considered an agricultural product or a regulated drug."

"So farmers actually have to test their hemp crop before harvest to make sure it doesn't have too much THC," Moore says.

That is one of the things changing for this year's growing season because of federal laws, "South Carolina's Department of Agriculture inspectors will actually have to go out to every field where hemp is being grown in South Carolina this year and take samples ourselves, submit those to labs for testing to find out what the THC level is," Moore tells News19, "if everything's good to go then the farmer can harvest it within 15 days and sell their crop."

Producing hemp can lead to many potential uses like clothes, food, paper, CBD, cosmetics and even industrial fiber. "There's a hope that you could make extra strong fiber that could be used in airplanes or cars," Moore says.

There are a few other changes on this year's application along with the no cap on permits. For the first time, there will be an application for hemp handlers, that covers "transporters, seed dealers, laboratories, and others who handle hemp."

RELATED: Over 500K pot vapes seized in 2 years as busts rise in US

RELATED: Almost 40% of farmers' income in 2019 to come from government insurance and aid

Another change this year are "responsible parties" are no longer allowed to grow under another farmer's permit."That was difficult to manage, so this year everyone who wants to farm hemp has to have a permit of their own," Moore says.

"We have actually permitted farmers in almost every county in the state," Moore told News19, giving this year's grow season the potential to be the biggest yet.

The SCDA hosting a resource event on February 28 for anyone interested in hemp farming and its contribution to South Carolina agriculture. The event will be at Phillips Market Center at 117 Ballard Court in West Columbia from 9 a.m. to 4 p.m.