Gov McMaster: Kamala Harris should go to the border, not South Carolina

Henry McMaster responded to news of the Vice-President's upcoming trip to the state. 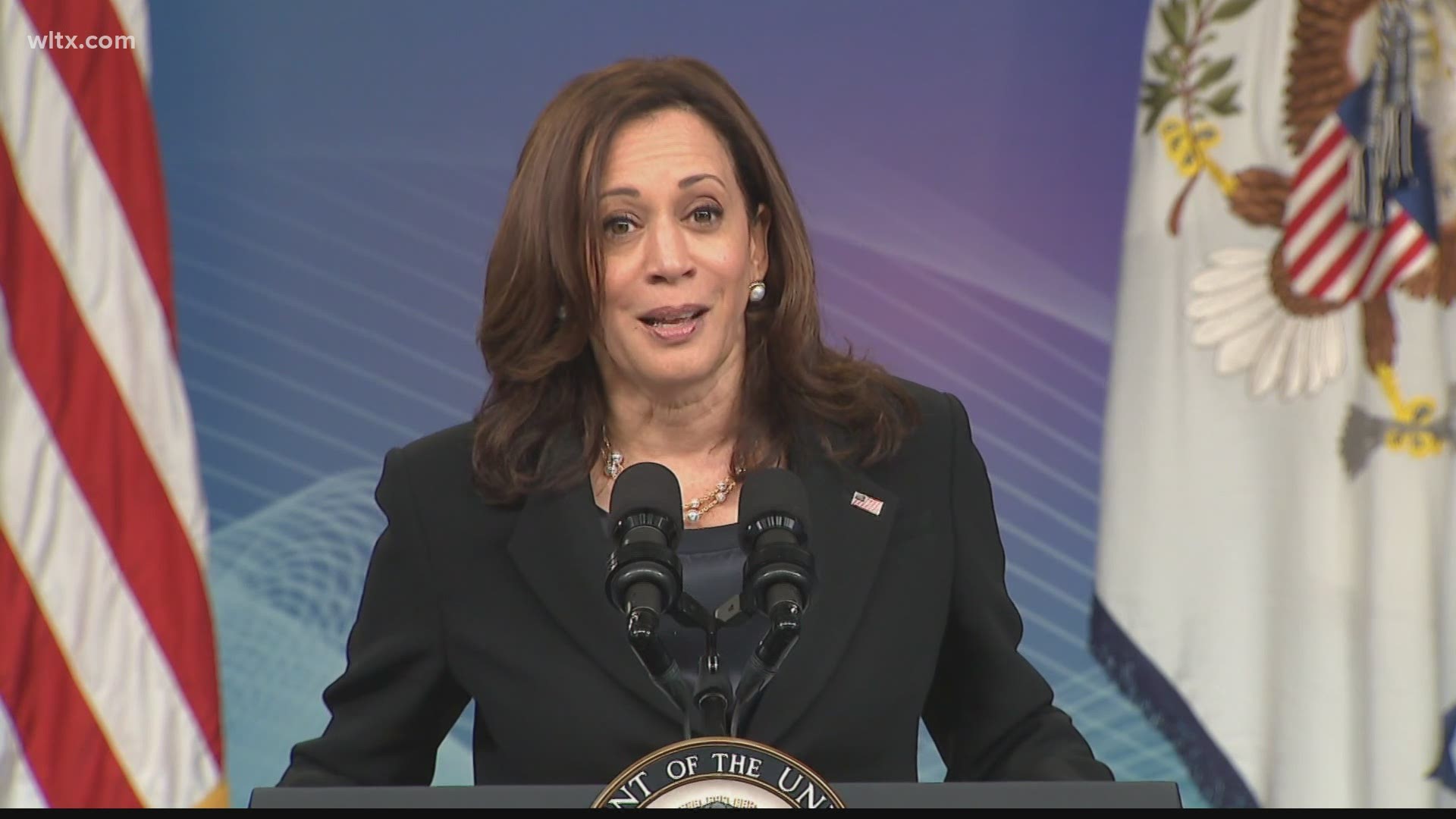 COLUMBIA, S.C. — South Carolina Gov. Henry McMaster said Friday he thinks the Vice-President shouldn't come to his state, but instead should focus on the border.

McMaster issue a statement on Twitter following the announcement that Vice-President Kamala Harris was coming to Greenville on Monday, June 14 to promote people getting vaccinated.

"We are always happy to welcome visitors, but I believe the Vice President’s valuable time would be better spent at the border trying to fix the mess created by the Biden administration’s failed immigration policies," McMaster said.

Harris is making her first official visit to the state since she was inaugurated in January. The White House says it's to "launch a nation-wide tour to reach millions of Americans who still need protection against the virus, highlight the ease of getting vaccinated, encourage vaccinations, and mobilize grassroots vaccine education and outreach efforts."

Harris recently completed a trip to Guatemala and Mexico to talk about immigration and corruption in those countries. Harris has been tasked by President Joe Biden with addressing the root causes of the spike in migration to the U.S.-Mexico border.

Republicans have been sharply critical of Biden's policy on the border and immigration since he came into office. McMaster has waded into the issue at times, including in April, when he went to the border to visit South Carolina National Guard officers on patrol there.

Details of Harris' visit to South Carolina, including where she'll stop, have not been made public.