Here's what will happen next for newborn found abandoned in woods

As for adoption, The Department of Child and Family Services and they said the process usually takes around 6 months. 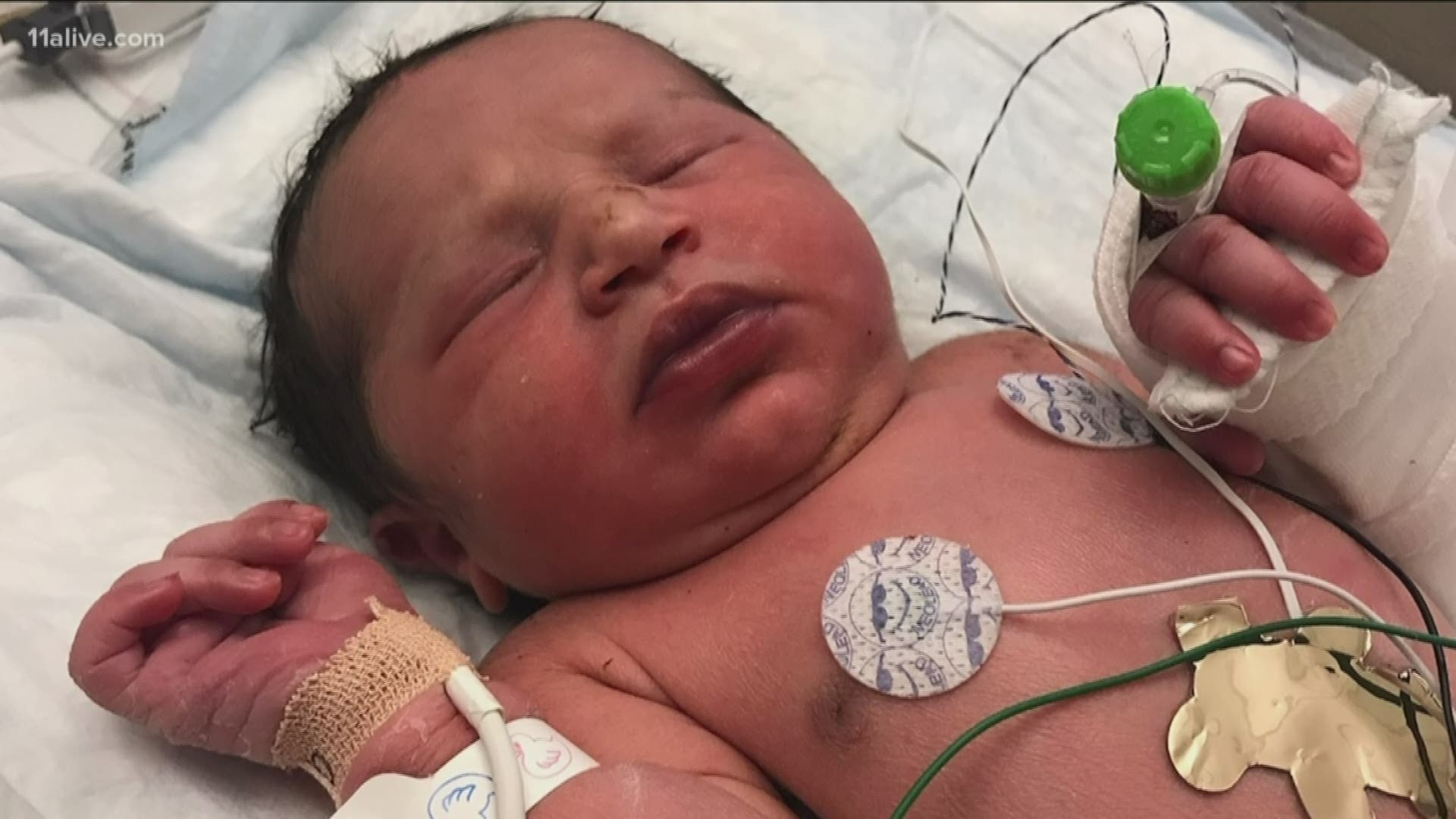 FORSYTH COUNTY, Ga. — The mystery around the baby girl left abandoned in the woods deepens as Forsyth County investigators say they still don't know who her mother is.

Officials said the infant, who is being called India, is in good health. She's still getting care at a hospital.

Forsyth County Sheriff's Office said they went to Daves Creek Road after a caller reportedly heard a baby crying around 10 p.m. on June 6. When they arrived, they found the newborn baby girl in the woods inside of a grocery bag.

Doctors think she was less than a week old when she was abandoned, and they believe the biological mother likely had no idea about the Safe Haven law that would have protected her.

This does happen more often than people realize, said Sarah Koeppen, who founded the Hope Box in Georgia. The non-profit helps abandoned children. She said in 2017 alone, 478 babies were abandoned in the state.

"Luckily, this child was found alive and is doing well," Koeppen said. "This child will be adopted out with a forever family. But in the majority of cases, this is not the case."

RELATED: 'She was a fighter': Man and daughters find abandoned newborn in the woods

Koeppen doesn't question why parents can't take care of their infants, she just wants to help.

"There's so many reasons why a mother might find herself in this situation," she added. "Domestic violence, it could be sex trafficking, it could be incest, there is a just a gamit."

Koeppen said it ends tragically when mothers don't realize they can safely get their baby help without ever giving their name.

"The law is, in the state of Georgia, a mother has 30 days to relinquish her infant. She does not have to give her information at all. She can go to any fire station, police station, or hospital," she explained.

RELATED: She was abandoned in a plastic bag in the woods | This is what we know about the infant

As for adoption, the Department of Child and Family Services and they said the process usually takes around 6 months.

Baby India will be placed with a foster home as soon as she's released from the hospital, so she can be cared for until she receives a permanent family. Then, she will likely be placed with an adoptive family who has already been screened. DFCS will also have to place an ad in the newspaper again looking for her biological family.

Investigators still need help finding the infant's mom. The sheriff’s office is asking anyone who knew a woman in the late stages of pregnancy who no longer has the baby to call investigators.