Hispanic Heritage Month: Helping with food made with love and hope 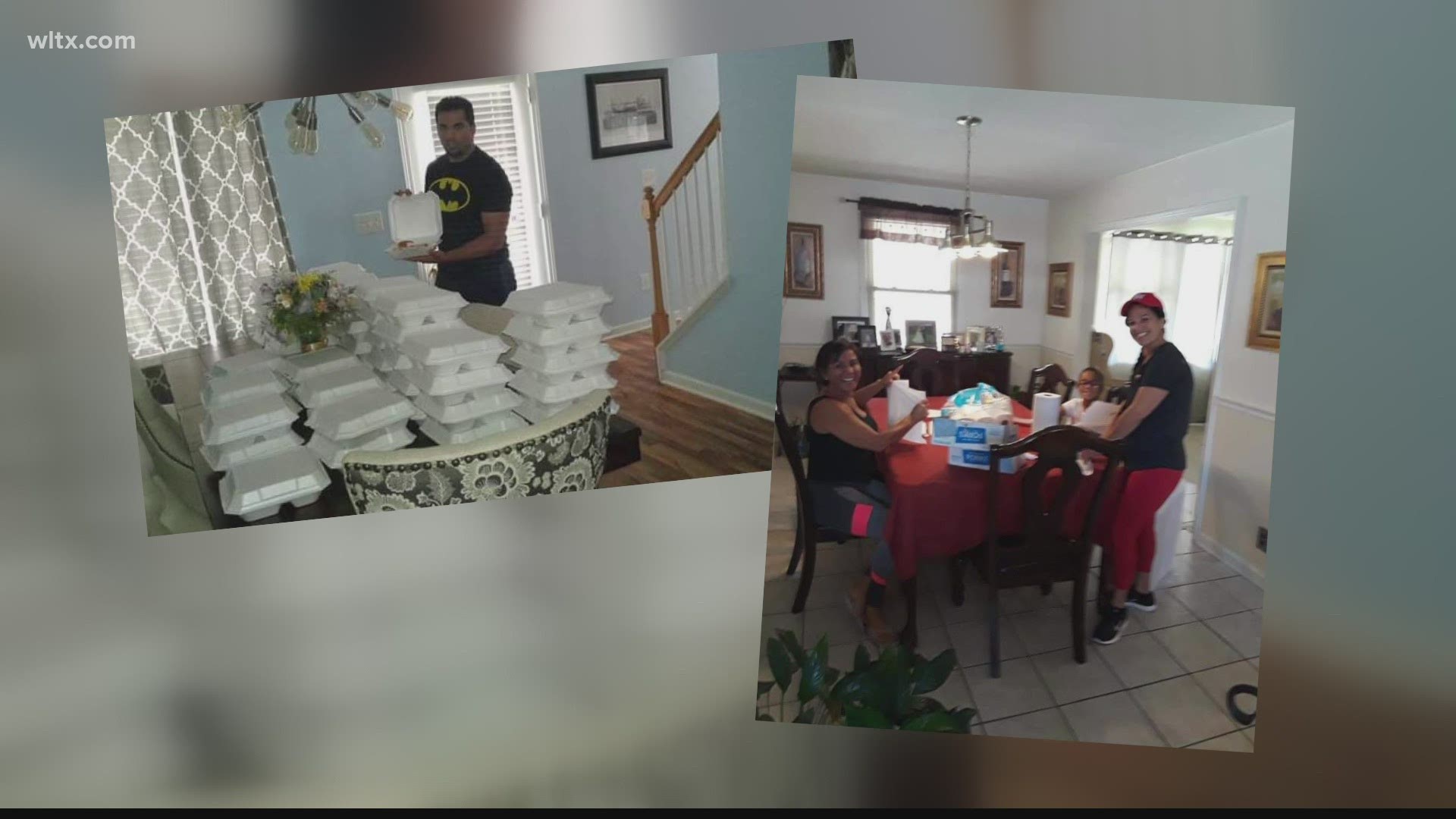 COLUMBIA, S.C. — For Hispanic Heritage Month, WLTX is highlighting helpers in the community.

Growing up in Puerto Rico he watched as his family helped others, even when they didn't have much to give.

Now calling Lexington home, Eduardo Bodon wants to bring that kind of help to the Midlands.

"I cook. I try to do it once a month for the homeless," said Bodon who grew up in Carolina, Puerto Rico.

He spends those Saturday mornings cooking alongside a dedicated group of family and friends.

He won't ask for money and he won't turn down a volunteer.

The rice, meats, pasta and chicken soup he makes he learned to cook when he was little.

"When I was 12 years old, during the summer time I would go and cook in the cafeteria. I would cook and help out in this cafeteria that's like a restaurant that my family has back home," said Bodon. "Every summer I would go there and help out, so that's how I learned to cook."

He got the idea of feeding others from his first job with Dominion Energy.

"Part of my duties was cutting the peoples lights. So I started seeing all these people struggling," said Bodon. "I had to go to their houses and I was like how can I help these people? They don't have money to pay the light bills and you see them and the condition they live in."

He started delivering meals to those down and out and realized his calling.

"Some people feel good feeding the homeless," he said. "For me, it's different. It's emotional and I feel sad. I get the food out, but that's just one day. What are they going to do tomorrow?"

"The first time that I cooked, I was naïve," said Bodon. "I did rice, beans and fried chicken. I was frying them for six hours, I've got a small fryer!"

The pandemic slowed deliveries a bit, but now they're picking back up.

Bodon plans to be at Finlay Park Saturday, September 19 by 1 p.m.

"When we move and we leave where we're from and we come here to South Carolina, New York or whatever, we come because we want to be better," he said. "Being better is being part of the community."

Bodon is hoping to get more volunteers on board to help him deliver meals more frequently.

In October, he plans to team up with other members of the Hispanic community to give free haircuts in Finlay Park.

If you're interested in lending a hand, you can contact Eduardo via e-mail at ed1bodon@yahoo.com or you can call him on his cell at 803-317-4956.