City leaders call out Gov. Abbott for retweeting video from 2018

The video in the governor's tweet regarding homelessness in Austin is from February 2018. 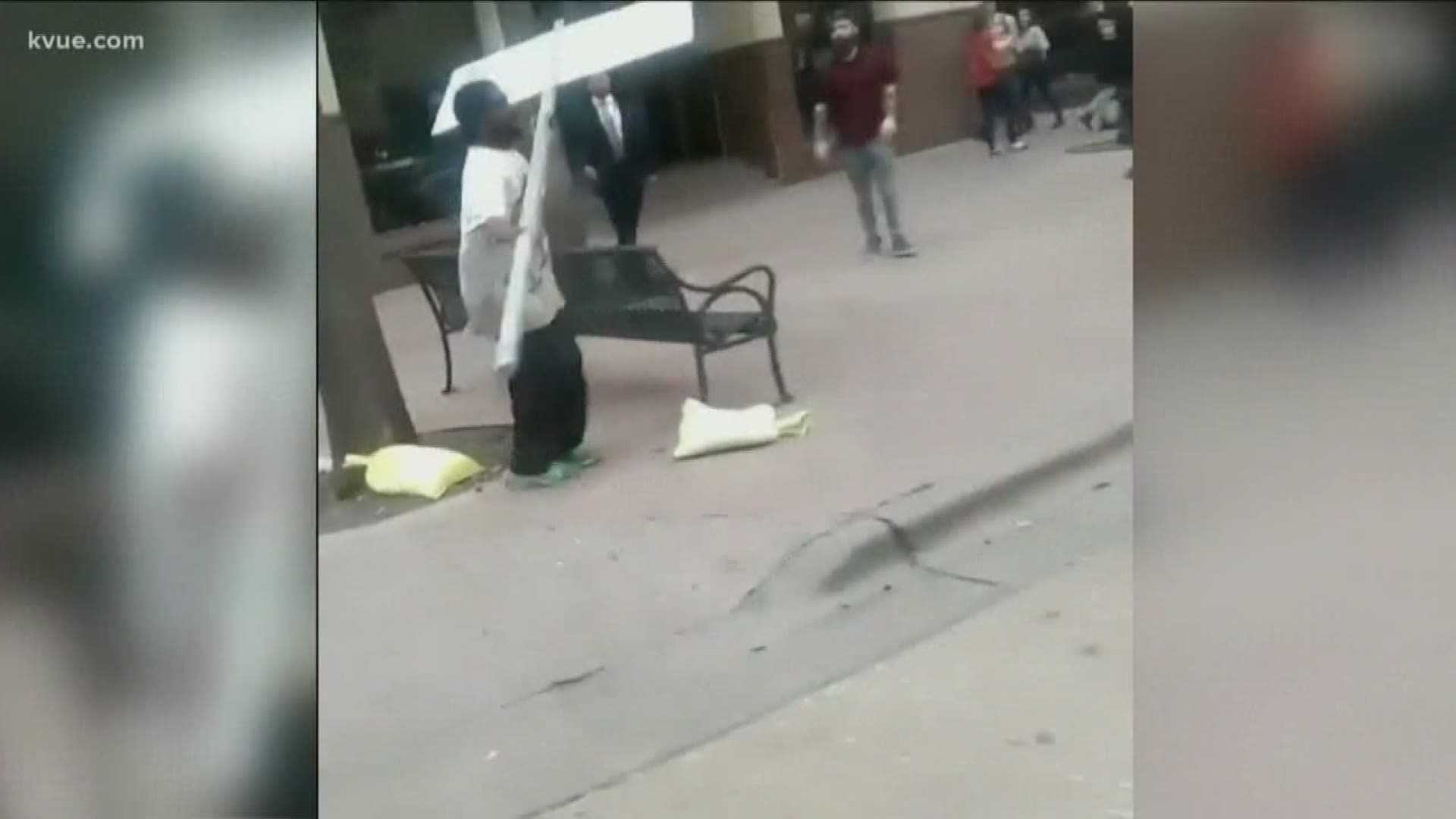 AUSTIN, Texas — Mayor Steve Adler and Austin City Council member Greg Casar are calling out Governor Greg Abbott for retweeting a video that is more than a year old.

On Friday night, Gov. Abbott retweeted a video from an account called "Austin Skidrow." The video, originally captured by Instagram user @cosmic_blues, shows a man throwing a street sign at a car in Downtown Austin.

In his tweet, Gov. Abbott wrote, "Austin's policy of lawlessness has allowed vicious acts like this. Austin's inability to restore order will compel the State to act beginning November 1st if action is not taken to ensure public safety."

The history of the City of Austin vs. the State of Texas

But according to Krista Chacona, the lawyer for the man in the video, he wasn't homeless at the time of the video was taken – or ever.

"It's pretty obvious to everyone who's seen the video that he was experiencing some sort of crisis at the time, not experiencing homelessness," Chacona said. "I'm outraged that Gov. Abbott would re-traumatize this individual by re-broadcasting this. And he's wrong. It's a lie. It's a manipulation."

Another issue was when the video was taken.

The video in the tweet wasn't taken recently. It was originally published to @cosmic_blue's Instagram page on Feb. 16, 2018 – a fact that wasn't missed by a pair of City leaders.

"That was probably the craziest thing I had seen down here," said Collin Hunt, The bike messenger who took the video said.

On Saturday morning, Greg Casar tweeted, pointing out the video was from 2018 and saying Abbott "should be ashamed and apologize for your intentionally misleading propaganda."

'I don't regret the changes we made to the ordinances in June': What the mayor, council and other leaders say about the homeless ordinance

Shortly after, Adler also responded to the governor's tweet, including a screenshot of the timestamp from the original Instagram video.

Adler is referring to when Abbott retweeted a video in July that alleged a crash at Seventh Street and Interstate 35 was caused by a homeless man darting out into the street. Austin police told KVUE HALO camera video showed no indication that any homeless people or pedestrians were in the road and contributed to the crash, and it appeared one of the drivers ran a red light.

Abbott responded to Adler later Saturday morning, saying, "Thanks for making my point."

And tweeted again Sunday about what he called Adler's "reckless homeless policy."

The mayor and the governor have been at odds more recently over the City's homeless ordinance changes, with the governor putting pressure on the City, threatening State involvement and even penning letters directly to Adler.

In June, Austin City Council lifted its ban on sitting, lying or camping in public, leading to much controversy in the months that followed. On Oct. 17, they voted to make changes to the ordinances again. Those changes included banning camping on all city sidewalks but allowing sitting and lying unless it is 15 feet from an operating business and banning camping, sitting and lying within a quarter-mile of the ARCH and, eventually, the planned South Austin homeless shelter.

The Austin Skidrow account tweeted an update on Friday evening, clarifying the video in their tweet was from 2018.

She texted her father's number on 4th anniversary of his death. This year she got a reply