A state spokesperson said population size is just one factor that determines how much money each city gets. 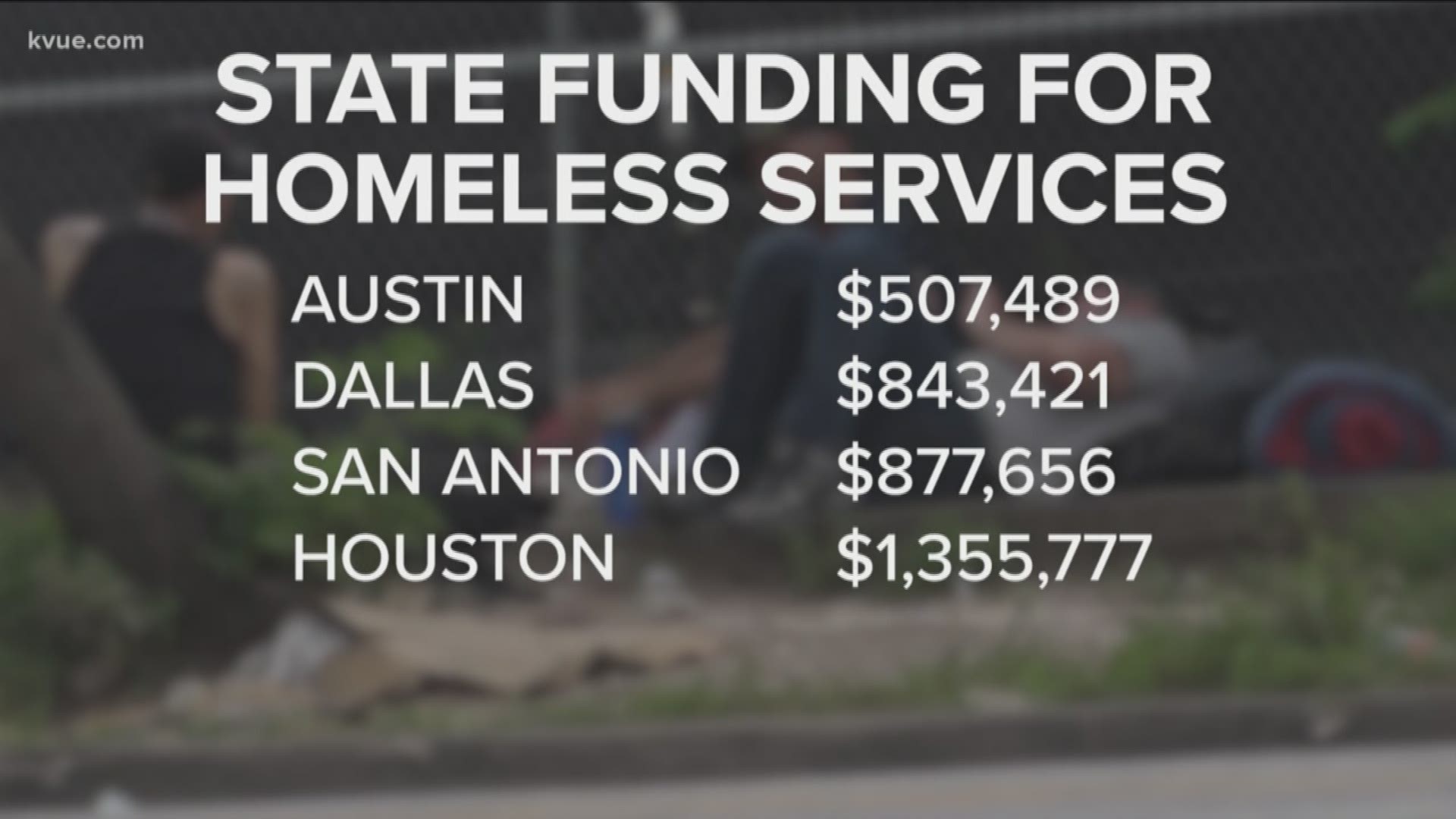 AUSTIN, Texas — The Texas Department of Housing and Community Affairs announced Thursday that Austin will get an additional $35,135 from the state’s Texas Ending Homelessness program.

The program provided the same amount of funding to five other Texas cities to use for housing and services assisting the homeless.

“TDHCA staff discussed the disbursement with stakeholders from around the state,” TDHCA spokesperson Kristina Tirloni said. “Up until now (from launch in January 2018), the amount each month that is being donated is about $12,000, with the possibility of reaching an annual total of around $150,000, so an even distribution of funding seemed appropriate.”

RELATED: City spending $390,000 annually to clean underneath overpasses in Austin

But other state funding this year was not evenly distributed to cities in Texas.

TDHCA is funding nine Texas cities through the Homeless Housing and Services Program, including Austin, Dallas, San Antonio and Houston.

Credit: Texas Department of Housing and Community Affiars
State funding for homeless services differs by each city in Texas.

In total, TDHCA announced in July it will fund more than six million dollars of housing and services for homelessness in those nine cities.

But both San Antonio and Dallas received a little more than $1 million in funding.

TDHCA gave about $1.7 million for homeless services in Houston.

Tirloni said TDHCA staff considers several factors to determine how much money each city gets from the Homeless Housing and Services Program, including population, poverty rate, number of homeless people and more.

The funding that recently gave Austin and five other Texas cities an extra $35,135 may not be evenly distributed like that in the future, depending on how much money that fund has next year.

RELATED: A night in the life of Austin’s homeless sleeping on city streets

'You will die without me': Abuse and its connection to becoming homeless

'I used to think no one was there for me.' How one church is helping hundreds of homeless get housing