Friends recognize Austin homeless man as former classmate and old friend, give him place to live

66-year-old Coy Featherston says he was homeless for more than 20 years, until a few old friends stepped in to help. 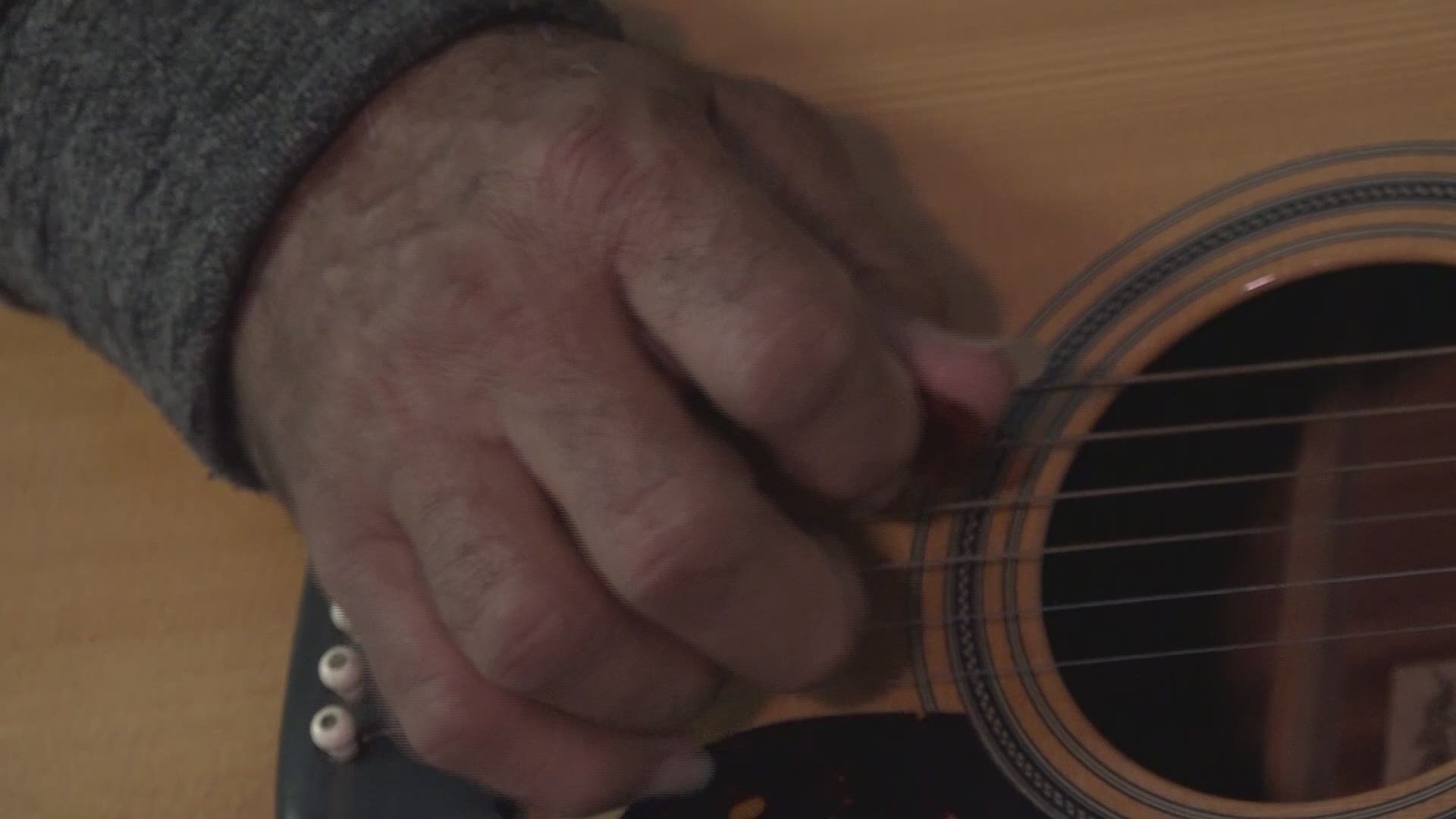 AUSTIN, Texas — The strum of a guitar string brings back a lot of memories for 66-year-old Coy Featherston.

“It’s a really big part of my life because I’ve played for years – I’ve played in bands, I’ve played by myself," said Featherston.

Featherston said he went to the University of Texas in the 1970s, where he played running back, but left after a few years. After working at the Armadillo World Headquarters, he toured around as an equipment man with music legend Frank Zappa.

"I never had so much fun in my life doing something I really enjoyed," said Featherston. “How many people get the chance to travel or hear the music every day of someone as big as Frank Zappa?”

After that, Featherston said he picked up different jobs for a while and found himself in Atlanta when bad luck struck.

Through several unfortunate circumstances, Featherston said he became homeless in the 1990s. Unable to find any permanent work, he was homeless for more than two decades.

"It's no fun on the streets ... I wouldn't want anyone to do this ever," said Featherston. "I was ready for the worst."

Over time, Featherston made his way to the Austin area, where he slept in the doorway of the St. Austin Catholic Church near UT's campus.

This is where Leea Mechling, an old friend who said she knew him from middle school, comes in.

"He was really outgoing and funny," said Mechling.

Mechling sent KVUE this old picture of Featherston, where the caption reads, "Best All Around Boy: Coy Featherston."

Mechling said she heard from another old friend who recognized a familiar face on the front page of a story by our partners at the Austin American-Statesman.

“… letting me know that there was article in the newspaper – he thought he saw Coy. So I got online and found it ... and it was (Coy)," said Mechling. "I saw my friend and I just couldn't leave him out there."

Shocked to see her friend in the state he was in, Mechling drove around every day until she finally found Featherston.

"He was right there in front of the church feeding the pigeons," said Mechling.

Featherston said he instantly recognized her.

"She just walked up to me and said 'Hi, Coy!'" said Featherston.

After a hug and some catching up, Mechling took Featherston to her home, where she then told other old friends. She said they all instantly stepped in to help and some friends came over right away with new clothes and new shoes.

“The fact that he was in dire straits, really affected us," said Don Vanderburg, who said Featherston was in a band with him years ago. “It’s like finding your brother on the street. You would bring them home and help them."

Featherston moved in with Vanderburg and has been living there for a month.

A GoFundMe was started by another old friend, Patrick Judd, which has raised close to $18,000 as of Sunday night.

Austin 14-year-old launches all-natural cosmetics line, plans to donate a portion of her profits to charity