The pilot is part of the city's new encampment response strategy. 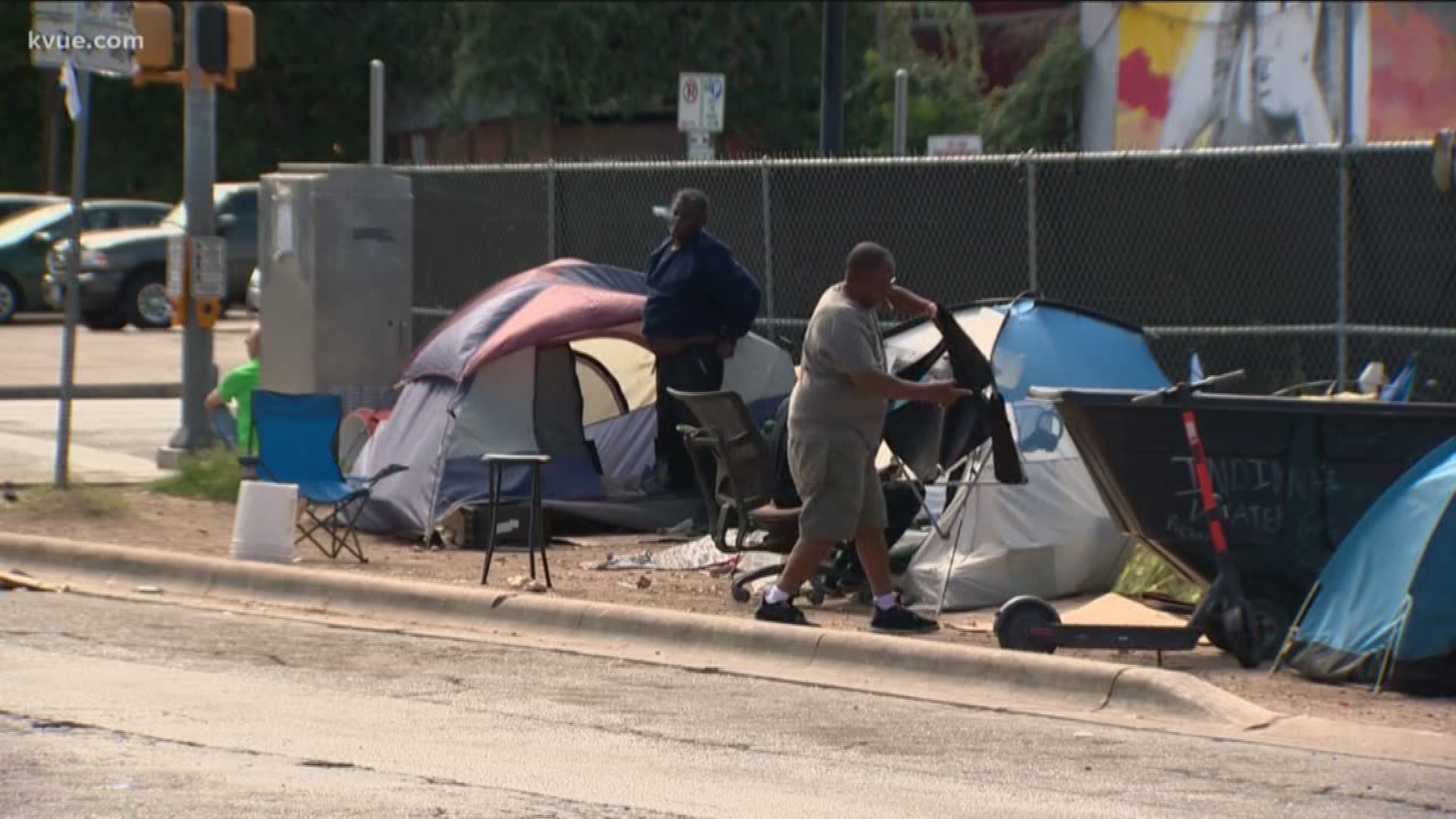 AUSTIN, Texas — The City of Austin, along with over a dozen local organizations, has developed a new pilot aimed at assisting people experiencing homelessness who are currently living outside and around the ARCH.

"We've seen and been keenly aware of what's going on outside. Anybody who drives by here can see that there's a concern," Greg McCormack, executive director of Front Steps said Thursday.

The pilot program, Guided Path, is part of the city's new encampment strategy response. The organizations involved in the pilot include Integral Care, Front Steps, ECHO, the Foundation for the Homeless, SAFE Alliance, the Salvation Army and more.

Over the next few weeks, the Homeless Outreach Street Team (HOST) and ARCH employees will go person-to-person surveying people on how to help end their housing crisis.

"This pilot is to ensure that we know each person, their needs and immediately wrap them with support and move them into either shelter, treatment or housing as is needed," Cardona-Beiler said. "Our goal is within a month to be able to move people indoors and appropriate services outside of the ARCH so they don't have to be outside of the ARCH any longer."

The service engagement and referral aspect will be accomplished by immediately referring individuals to available services, including shelter and crisis beds.

"We're bringing a crisis response system that the community already has, and we're focusing it on just one single area," Pampilo-Harris said.

The goal of the program is to give people a housing plan that ensures they won't end up back on the streets after accepting temporary shelter services.

In the first few days of the pilot program, service providers have made contact with 100 people. At least 16 of those people accepted shelter services, moving them off the streets outside the ARCH.

Mayor Steve Adler made the following statement on Thursday:

"The council has directed the manager and city staff to address general safety and the needs of people in the area around the ARCH, including as part of council’s work last June. The Guided Path program is a partnership with local service providers to do just that. The initiative will test a concentrated campaign of targeted services for people in one of our most challenging areas to get – and keep – them housed. We are grateful to Austin’s Homeless Services Office for acting quickly and with intention on this critical priority. A similar plan worked with our vets and it should work here too."

You can read the full statement sent to KVUE by the City below:

"Strengthening the health of our growing city and supporting our neighbors living with homelessness requires teamwork and continuous innovation. Every day, organizations across the community are positively impacting homelessness through innovative practices and collaborative efforts.

Over the coming days, the City of Austin will be working with our homeless service provider partners to amplify outreach and engagement through the Guided Path pilot, a new encampment strategy response. The pilot will focus on people experiencing homelessness who live outside and around the ARCH in Downtown Austin. Our partners include Integral Care, Front Steps, Austin Recovery, Caritas of Austin, Casa Marianella, Communities for Recovery, ECHO, Family Eldercare, Foundation Communities, Foundation for the Homeless, LifeWorks, SAFE Alliance, Salvation Army, The Other Ones Foundation and more.

This team of experts will survey and assess every individual living outside and around the ARCH so they can be rapidly connected with the support they need. Intensified services will be available to connect people to expanded housing resources, case management, shelter beds and treatment for substance use disorder and mental health issues.

The City of Austin is committed to working with the community and our partners to further our shared goals of preventing and ending homelessness, providing temporary crisis care and moving people as quickly as possible from homeless to housed. Progress happens when partners from different specialties – nonprofits, first responders, public safety, health care providers, city government and advocacy organizations – come together for the health of our community."

While not all of the details are released yet on how the pilot will work, Mark Hilbelink, the director of the Sunrise Homeless Navigation Center and pastor of Sunrise Community Church, said funding should be followed up with this kind of pilot.

RELATED: 'I used to think no one was there for me.' How one church is helping hundreds of homeless get housing

Director of southwest Austin preschool allowed children to fight each other

Monarch butterflies make stop in Austin during migration back South