When Anthony Brazzle's mother passed away, he personalized her grave to honor her. Now he's helping others honor their loved ones too. 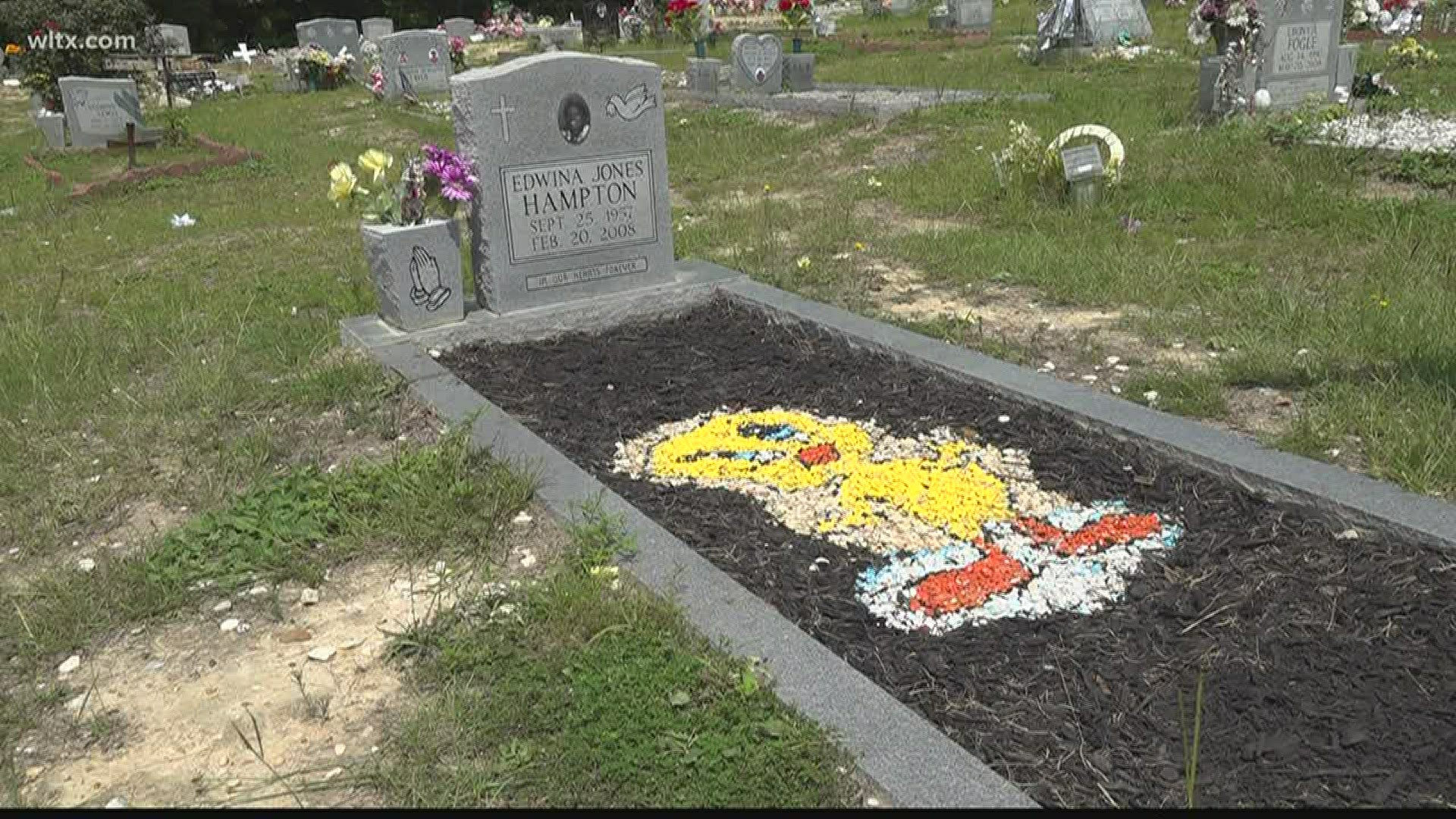 COLUMBIA, S.C. — "It took my mother to die for me to find something to do with myself." Anthony Brazzle says. Little did he know, that "something" would be grave art.

"When she died, me and my sister went to do her grave and it was our first time, we’ve never done anything like that." Anthony continues, "when we smoothed it out, I took some rocks and I made four little hearts for all her children... I was the biggest heart," he says while laughing.

"I looked at [the grave] as we were walking away and I said, it was just a joke, at the time, “if I found some smaller rocks, ain’t no telling what we could do!”

Anthony returned to his mother's grave to redesign it. Happy with his work, he posted a photo on Facebook. Soon after, his messages flooded with requests from friends to create designs on their loved one’s graves.

"I told them I wasn’t going to be able to do it because at first, it was just for her."

Anthony later realized his artwork could help other people heal, too. So, he got to work.

"Miss Polly right here," He says while pointing to a grave he's decorated, "she loved fish. Okay? She loved fish. So, I said, "what else can I do?" I put it down and [her family] loved it."

Anthony creates his art by spray painting pebbles and organizing them into a design. He also cleans up the grave area and lays mulch down. The process can take up to eight hours.

Now, Anthony has turned his artistic landscaping abilities into a business. He’s made designs for nearly 20 graves and does yards too.

When speaking about his little cousin's grave, he says, "I know she liked paw patrol. I made sure she’d like that paw patrol. I’m just happy. I didn’t even know I could do it."

Anthony never expected to do other's people's graves, but now he loves it.

"I didn’t even think I could draw anymore, but my mother she always loved my artwork. And I guess if she got her way, which I guess some way she’s getting it, it would’ve been something that I never pushed to the side."

He says he owes all of it to his mother.

RELATED: Changes to funerals make it harder to say goodbye to loved ones during COVID-19