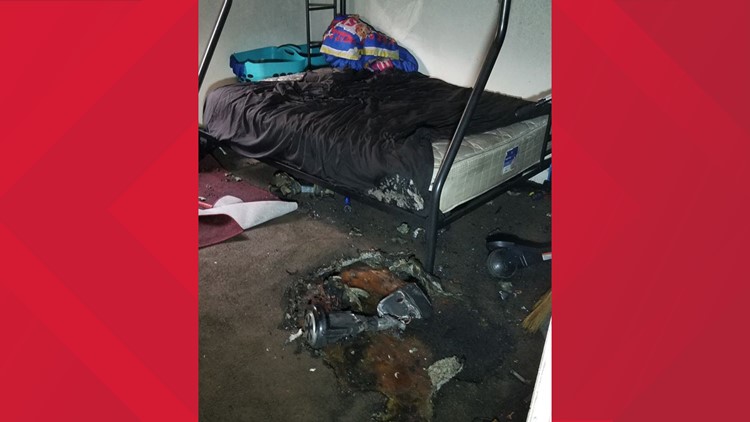 A Charleston family is displaced after a hoverboard started a fire in their apartment on Wednesday morning.

According to The Charleston County Consolidated Dispatch Center, they received a 911 call shortly before 7:00 a.m. on January 15 reporting an apartment fire on Central Park Road.

Firefighters arrived to a two-story apartment building and were met with a 'significant' amount of smoke and a small fire. According to the Charleston Fire Department, the fire was contained to one bedroom with smoke damage in the rest of the apartment.

The residents found the fire in a bedroom near a hoverboard and called 911 when the hallway smoke alarm was activated. Investigators from the Charleston Fire Marshal Division verified that the fire started at the hoverboard in the bedroom, which was removed from the charger just prior to the incident.

According to investigators, they have not identified who the manufacturer was and have not been able to determine if the hoverboard was included in any past recalls.

Three residents were displaced and one occupant suffered minor smoke inhalation and was evaluated and released by Charleston County EMS.

• Test smoke alarms every 30 days to verify proper operation.
• Develop and practice a home escape plan.
• Review and follow manufacturer’s instructions on the proper storage, use, charging, and maintenance of rechargeable batteries.
• Several recalls have been issued regarding hoverboards, please visit the Consumer Product Safety Commission (CPSC) website to review current and past recalls on these devices: https://www.cpsc.gov/Recalls