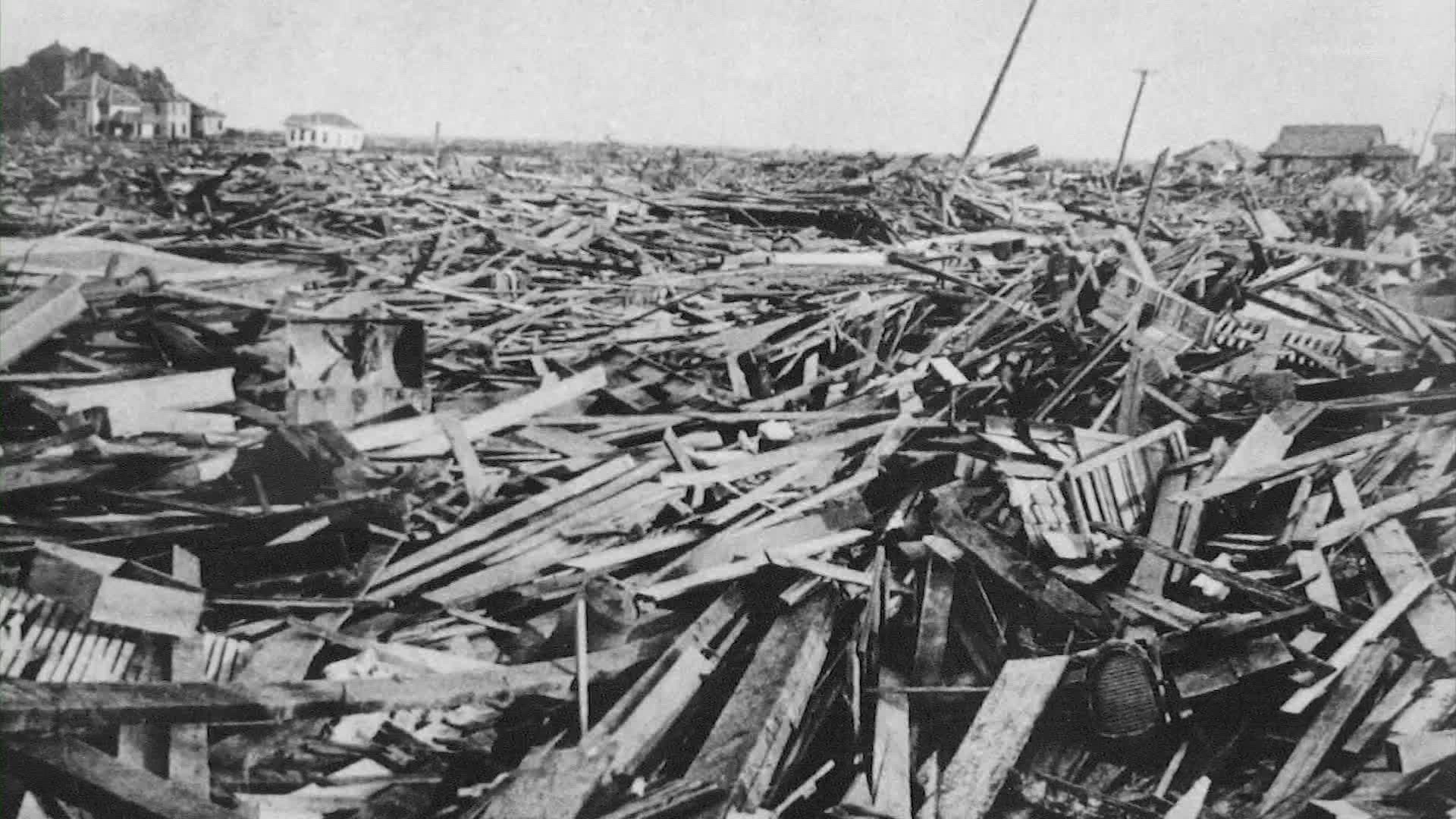 GALVESTON, Texas — The Great Storm of 1900 got its name because back then they didn't name hurricanes and this one was like nothing before it and nothing after it.

Scientists at that time didn't believe a catastrophic cyclone could form near Galveston because of how shallow the continental shelf is. Until September 8, 1900 proved that theory wrong when a category four hurricane slammed Galveston.

The lack of forecasting tools and no real warning system made the 1900 hurricane the deadliest natural disaster in U.S. It's documented 12,000 people were killed, including 8,000 people on the Island.

A statue was later erected to remember the lives lost. And at the Rosenberg Library, memories of the hurricane are captured in several letters.

"The waters of the gulf were piled up by a formidable storm," one reads.

The technology that gives us such early information about storms simply didn't exist then.

"There's no satellite. There's no radar. There's no aircraft reconnaissance. So you can't really look down and see anything," Lance Wood with the National Weather Service said.

"[They] didn't even have any computer modeling. So you used land-based observations of just temperature pressure and then what you can see above you to sort of extrapolate what might happen with the weather system."

According to Wood, there were some tools, but it was a far cry from what we have today.

They did have some communication via telegraph from Cuba a few days before, so that's why some storm warnings were posted. However, you couldn't measure how big the storm was or how intense if something is changing over the Gulf of Mexico.

If a storm was coming, two flags would be hoisted up and news had to travel through word of mouth.

But, in September 1900 as the storm bore down, it was a little too late. The powerful hurricane barreled into town, wrecking shipping and destroying homes and buildings that sat unprotected on the along the coastline.

"What was interesting is before the 1900 storm, it had been proposed actually that it might be a good idea to protect yourself from the ocean, but it had been rejected," Wood said. "It was quickly adopted that this is the way we need to go. And they began in 1902 to to build this 17-foot seawall. And it was complete by 1904."

RELATED: What is a hurricane?

The seawall grew from 1904 through the 1960s to a little over 10 miles long. Galveston has made a few repairs for erosion in the years since, but there hasn't been much change to the overall design.

While it was visionary one 120 years ago to build the seawall, today ongoing research is being done on how to build a more complete surge protection system to guard the great city we love.