First, the hurricane destroyed their homes. Now, evacuees say the way they've been treated in Texas is destroying their faith in the system. 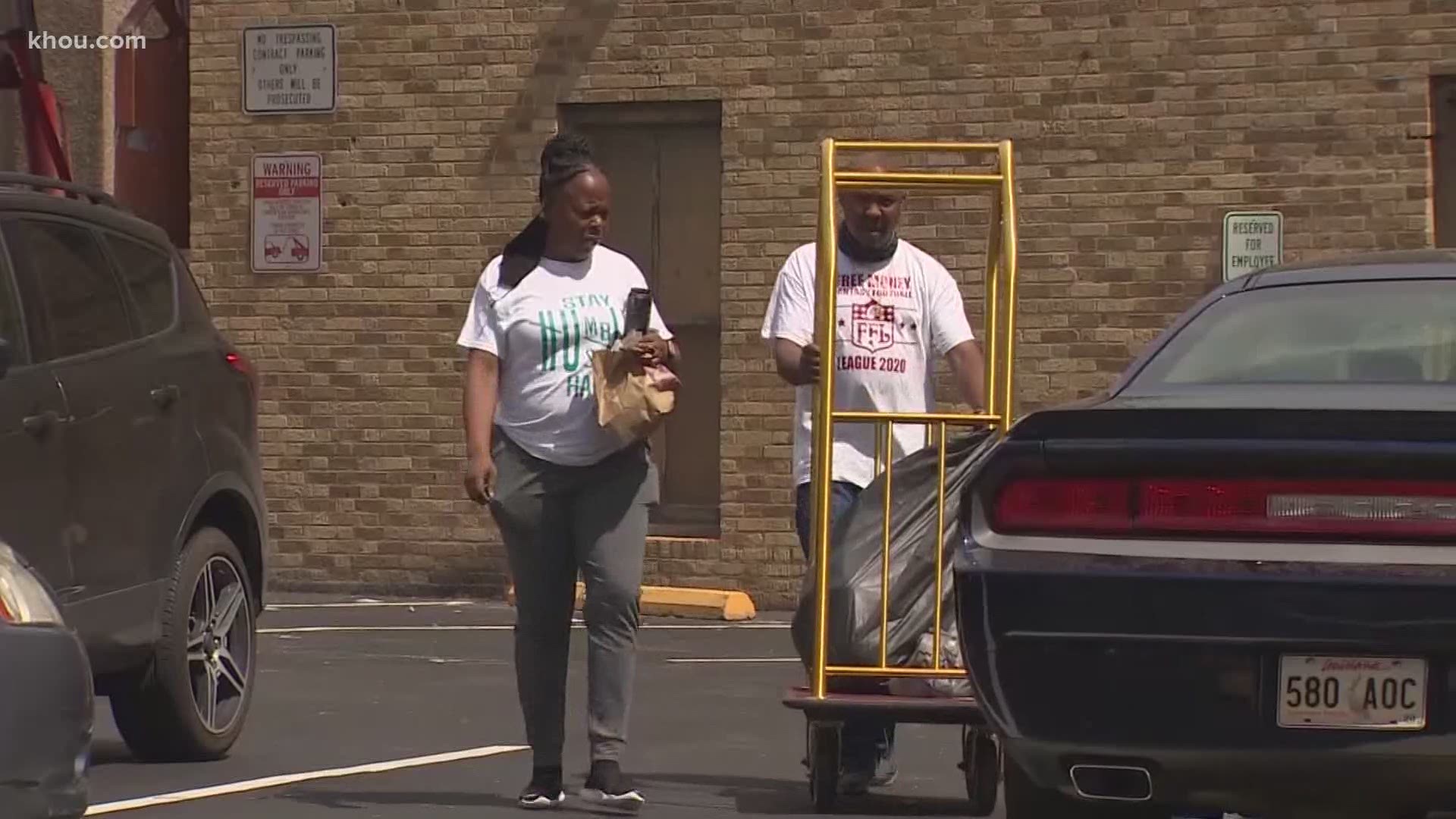 HOUSTON — Many Hurricane Laura evacuees in the Houston area are frustrated and fed up after being asked to leave their hotels on Friday.

They were put up in hotel rooms after leaving Louisiana as Laura moved closer.  Hotels were used instead of shelters because of coronavirus concerns.

Now, some of them have nothing to go back to. Others' homes were spared but there is no electricity or running water.

"My children come first before anything if it was up to me I could stay at my house no electricity or water. When you have children you need to make sure their welfare is in safety. That is my main concern," said San Stephenson from Lake Charles.

RELATED: 5 ways you can help Hurricane Laura victims on the road to recovery

Families tell us they are frustrated because they were given a phone number to make a reservation. They say they've been calling a 1-800 number provide by state officials but they've had no luck.

"I called them, waited two hours on hold. They told me they were going to email me with the reservation; never received it. Other people have been on hold for five hours," said Sires Ceasar from Lake Charles.

Families say they have nowhere to go.

Many #HurricaneLaura evacuees in Houston are angry, they say they've been asked to leave hotel rooms without clue on where to go next. They've called the state hotline & have been on hold for hrs. @TDEM says they're working w/ @RedCross to move people inland. Full story on @KHOU pic.twitter.com/yfQUUTPf3D

"We applied for FEMA; they have given me no information. Apparently they have to go and inspect the house," Stephenson said "FEMA has not given us a voucher for housing."

The Texas Division of Emergency Management tells us they’re working with the Red Cross to move evacuees further inland because we’re still in hurricane season.

They say residents were given a new phone number Friday with shorter wait times. With this number they can make reservations and move to areas like Dallas. They also say Red Cross representatives are now on the ground assisting people with their needs.