When will I-20 construction in Lexington County be finished?

Construction on the project began back in 2016. This is the portion of I-20 with nearly 11 miles of construction in the median between the Hwy 378 exit and Hwy 204. 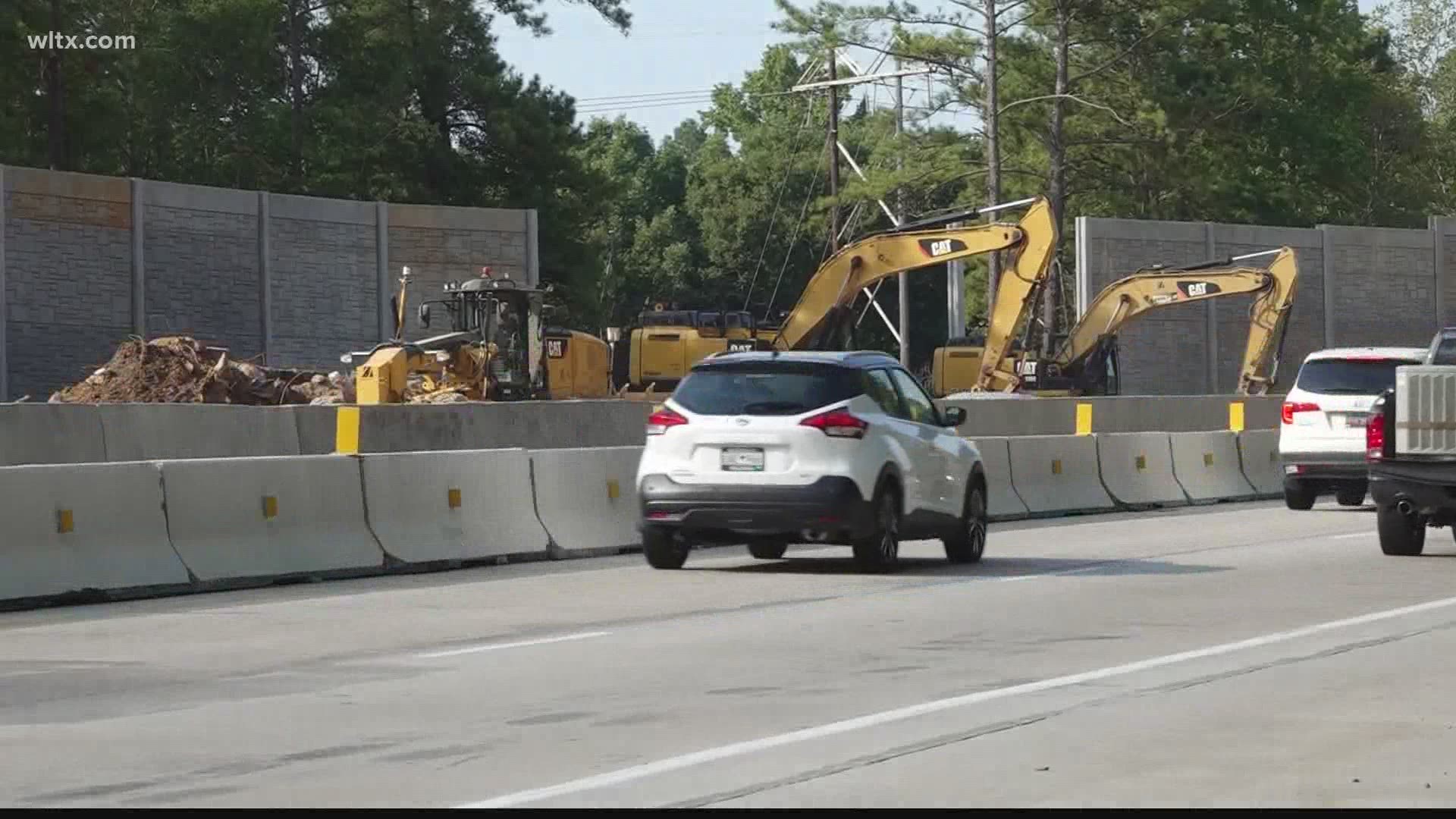 LEXINGTON COUNTY, S.C. — The South Carolina Department of Transportation (SCDOT) has given an update on their construction project off of Interstate 20 in Lexington County.

Construction on the project began back in 2016. This is the portion of I-20 with nearly 11 miles of construction in the median between the Hwy 378 exit and Hwy 204.

The department is looking to widen to the median on both sides of the road.

At some points in the project, SCDOT split one side of the road with barriers to make it one lane while they worked on a certain portion of the interstate.

Since the project started, drivers have experienced delays every now and again because of construction or accidents.

Isreal Richardson and his family uses Interstate 20 from time to time.

“My wife drives it a lot more than I do. The gym that she goes to is in Lexington,” said Richardson. “The amount of time it takes here to get out there is pretty much like double.”

RELATED: Gas tax increase? It just had its latest uptick on July 1

One of the things they don’t like about the congestion in the I-20 construction zone is the possibility of being stuck in traffic if there is an accident.

“I would like to know how much longer and I don’t even fully understand what exactly the end result of it is going to be so I would like to hear more about it,” explained Richardson.

Street Squad reached out to SCDOT to get an update on the project.

Last week, crews finished the new six-lane bridge going over the Norfolk Southern Railroad. The interchange ramps for US 1 and Hwy 6 have been completed and will be fully operational in the next 60 days. Sound barriers are also being built as a noise buffer for two schools off Ginny Lane.

According to an email from the department, "The next phase of the I-20 widening project will shift westbound traffic onto the newly constructed travel lanes. This shift is expected in the next 60 days."

What is left is installing pavement markers, cable barriers, guardrails and the final grading and grassing of shoulders and clear zones.

These barriers will remain in place until the grading work is completed and safety devices are installed.

Officials hope construction will be completed by the end of this year.

RELATED: McLee Road in Lexington County to be resurfaced