Artist Dr. Leo Twiggs talks about the paintings he made five years ago after the murder of nine African-Americans during Bible study. 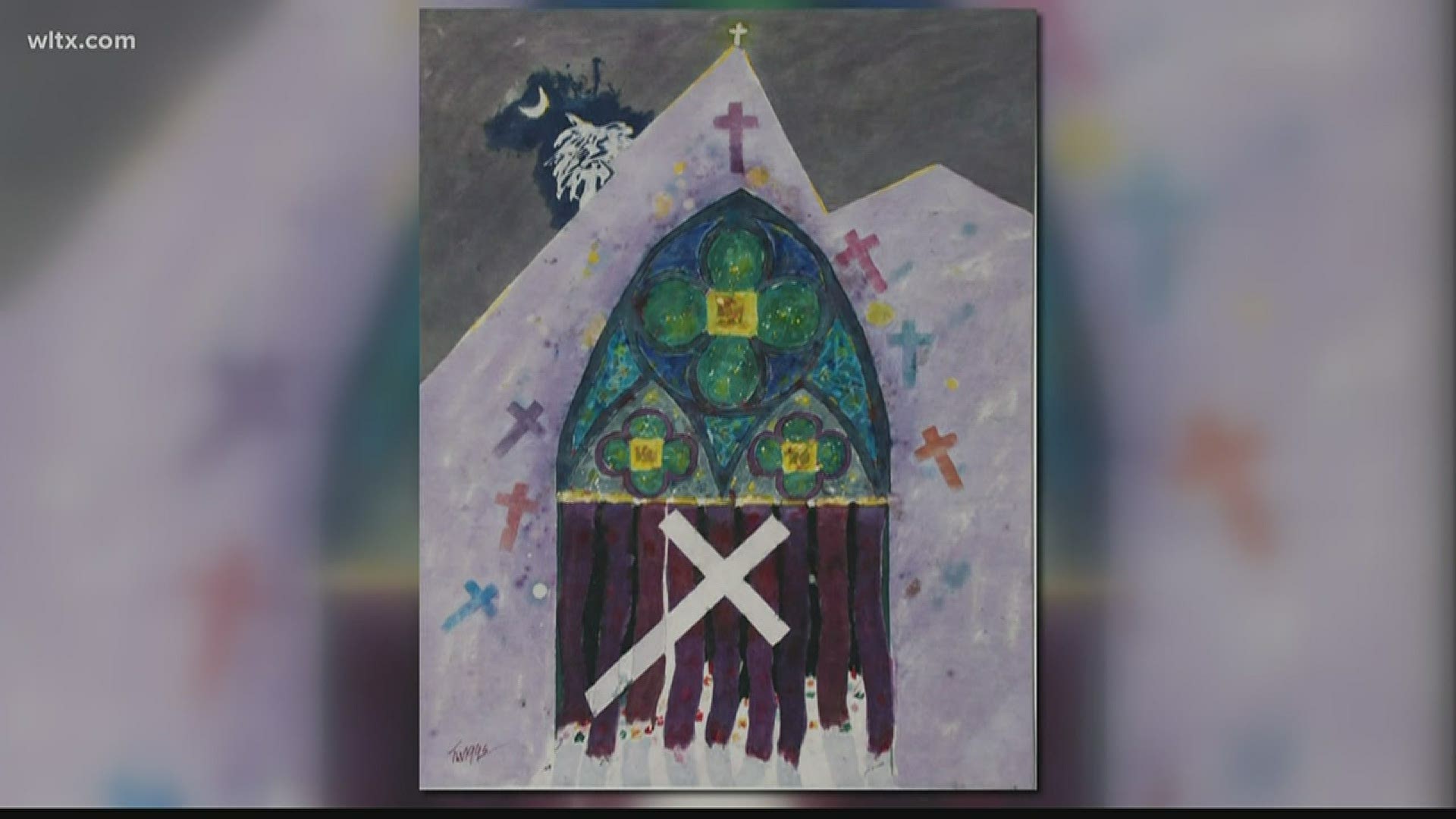 CHARLESTON, S.C. — For one award-winning painter, creating art about the murder of nine parishoners in Charleston was a journey.

Or rather, the start of a journey.

On the fifth anniversary of nine people murdered during a Bible study at Charleston's Mother Emanuel African Methodist Episcopal Church, Dr. Leo Twiggs looked back at the paintings he made at the time and talked about what they mean to him.

"My art professor, Rose, was a member of that church. I had attended funerals at that church. It spoke about heritage," says Twiggs. "And I remembered that. Because sitting inside, you became really enthralled in the essence of how we’ve gotten to this place."

"I just began painting, and I did not try to paint the sequence of things happening. What I tried to do was a testimony about each element of what happened at Mother Emanuel," says Twiggs, who has been painting for the last four decades.

"Then I realized there was a journey there, and the journey was from hatred to redemption, that these people went through the transformative journey."

Twiggs describes his thought process behind the work saying, "So the Confederate flag that was bloody and red in the beginning moved into a grey symbol of the color. The target became less noticeable and the flag x's became symbols of the dead and transformed into crosses rising above the church."

Twiggs is an award-winning painter and, as Professor of Art at South Carolina State University, he developed the Art Department and I.P. Stanback Museum. Twiggs was named Professor Emeritus in 2000.

He was the first visual artist to receive the Verner Award for outstanding contributions to the arts in South Carolina, according to his biography page.