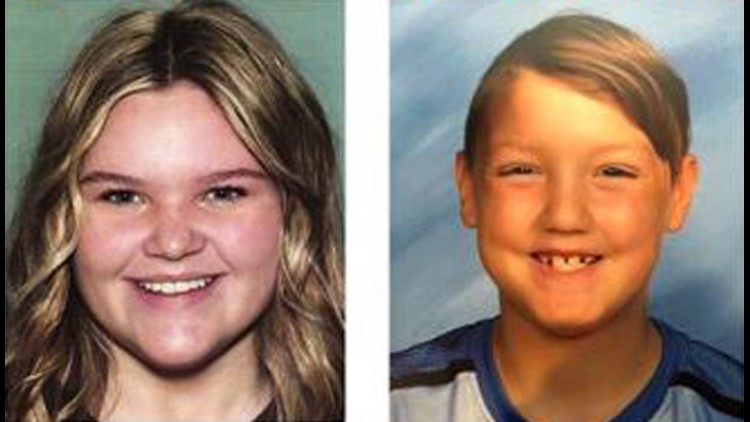 Photo by: Rexburg PD
Tylee Ryan, 17, and Joshua Vallow, 7, have not been seen since September. They are both from Rexburg, Idaho.

The Rexburg Police Department and Fremont County Sheriff’s Office along with the FBI are investigating their disappearance.

Joshua Vallow and Tylee Ryan are both from Rexburg. Joshua is 7 and Tylee is 17.

The two have not been seen since September but authorities were not aware that they were missing until recently.

Police say their disappearance may be connected with the death of 49-year-old Tammy Daybell. She was found dead in her Fremont County home on Oct. 19, 2019.

At the time police investigators believed Daybell’s death was natural, but they are now considering it suspicious.

Joshua is a 7-year-old boy with brown hair and brown eyes. He is 4 feet tall and weighs 50 pounds.

Tylee is 17 years old with blonde hair and blue eyes. She is 5 feet tall and weighs 160 pounds.

Anyone with information on the whereabouts of Joshua and Tylee is urged to call Rexburg Police at 208-359-3000, or the National Center for Missing and Exploited Children at 1-800-THE-LOST.