'If We Have to, We'll Go to War,' Lindsey Graham Says About North Korea 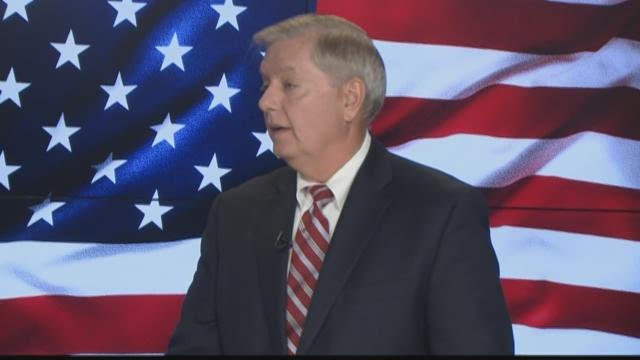 Columbia, SC (WLTX) - U.S. Sen. Lindsey Graham says he agrees with President Donald Trump's aggressive posture with North Korea, saying something must be done now to stop the rogue nation from taking the next step in nuclear warfare.

Graham spoke with News19's J.R. Berry Thursday, where he spoke at length about the current showdown with the nation.

North Korea has been making increased threats to the United States in recent weeks. In response, President Trumps said if the country obtained a nuclear device that could strike the U.S, "they will be met with fire, fury and frankly power the likes of which this world has never seen before."

"I think he's trying to put China and North Korea on notice that the game has changed," Graham said. "President Trump is rejecting the doctrine of strategic patience which has has failed for 25 years. He's told me, and I think he's gonna tell China and North Korea, that he's not going to allow North Korea to develop a missile with a nuclear weapon on top that can hit America, that if he had to use military force to stop that from happening, he would. I think that's the right call because we can't live as a nation under the threat of nuclear attack from a crazy man in North Korea."

Graham says not only could North Korea have the bomb, but they may attempt to sell it, since the regime needs money.

"The right call, I think, is to tell the regime in North Korea that we will deny you the capability to hit America with a nuclear weapon and mean it when you say it."

"China is the key here. If I were the president, I would tell China my red lines about missile technology if they cross these lines if they get a missile that can actually hit America with a nuclear weapon on top then all bets are off, and give China two bad choices: dealing with a crazy man in their back yard and reign him in because they have 90 percent of the North Korean economy or there'll be a war in your backyard.

"The key to this is China. Nobody ever believed Obama would use force. Without a credible threat of military force you'll never end this through diplomacy. I'm hoping and praying that diplomacy works, and the only way that will work is if the North Koreans believe we're serious about protecting our homeland." 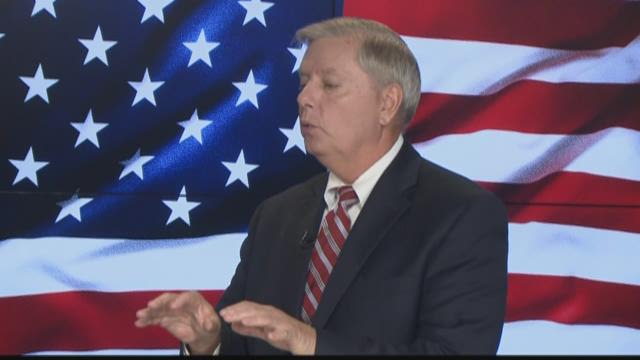 The senator believes it's only a matter of time before North Korea perfects missile technology.

"I'm convinced that Donald Trump would use military force to protect the homeland from a nuclear missile threat coming from North Korea. It's not an unreasonable thing. And to all the smart people who are criticizing the president: most of them have had a chance to deal with North Korea and they failed miserably. Every Republican and every Democrat before Donald Trump has failed when it comes to North Korea. We're running out of time. There's no place else to kick the can. I'm standing by the president to firm with North Korea
before it's too late."

Despite some suggestions by some to the contrary, Graham said the president does not need Congress to approve action.

"He has the ability as commander-in-chief to protect the country from any threat at any time. Only Congress can declare war, but we're talking about a preemptive strike if necessary to prevent a missile from being
developed that can hit America with a nuclear weapon. I would like to have that debate. I think it would be good if Congress--Republicans and Democrats--could get behind the idea that we're going to stand up to North
Korea. We're not going to let them hit our homeland with a nuclear weapon on top of an ICBM, that would strengthen President Trump's hand. At the end of the day it's not about Republicans and Democrats, it's about us as a nation. It won't be long until every city in America is subject to being hit by North Korea if we don't act decisively."

"Put yourself in President Trump's shoes. You've got a crazy man. What they do to their own people in North Korea I can't tell you on television. But the last person in the world you want to give a missile with a nuclear weapon on top is Kim Jong Un given the way he's treated his own people, and what he's said about us. So President Trump doesn't have many choices left. There aren't any good options left when it comes to North Korea."

"If there is a war with North Korea, it will be because North Korea chose a war. We're not going to invade North Korea to change the regime, we're not trying to unify North Korea and South Korea, we're only trying to protect the homeland from an unacceptable threat."

"It's Guam today and it could be California tomorrow and it could be South Carolina down the road. If you don't stop this man, he's going to have a hydrogen bomb, not a uranium bomb he's gonna have a
bunch of missiles, not one. If they fire at Guam, all bets are off. [Secretary of Defense] Gen.[Mike] Mattis has told them that will be the end of the regime. The commander in chief has an obligation to every American to protect them, including those in Guam, to protect them against crazy people with nuclear weapons."