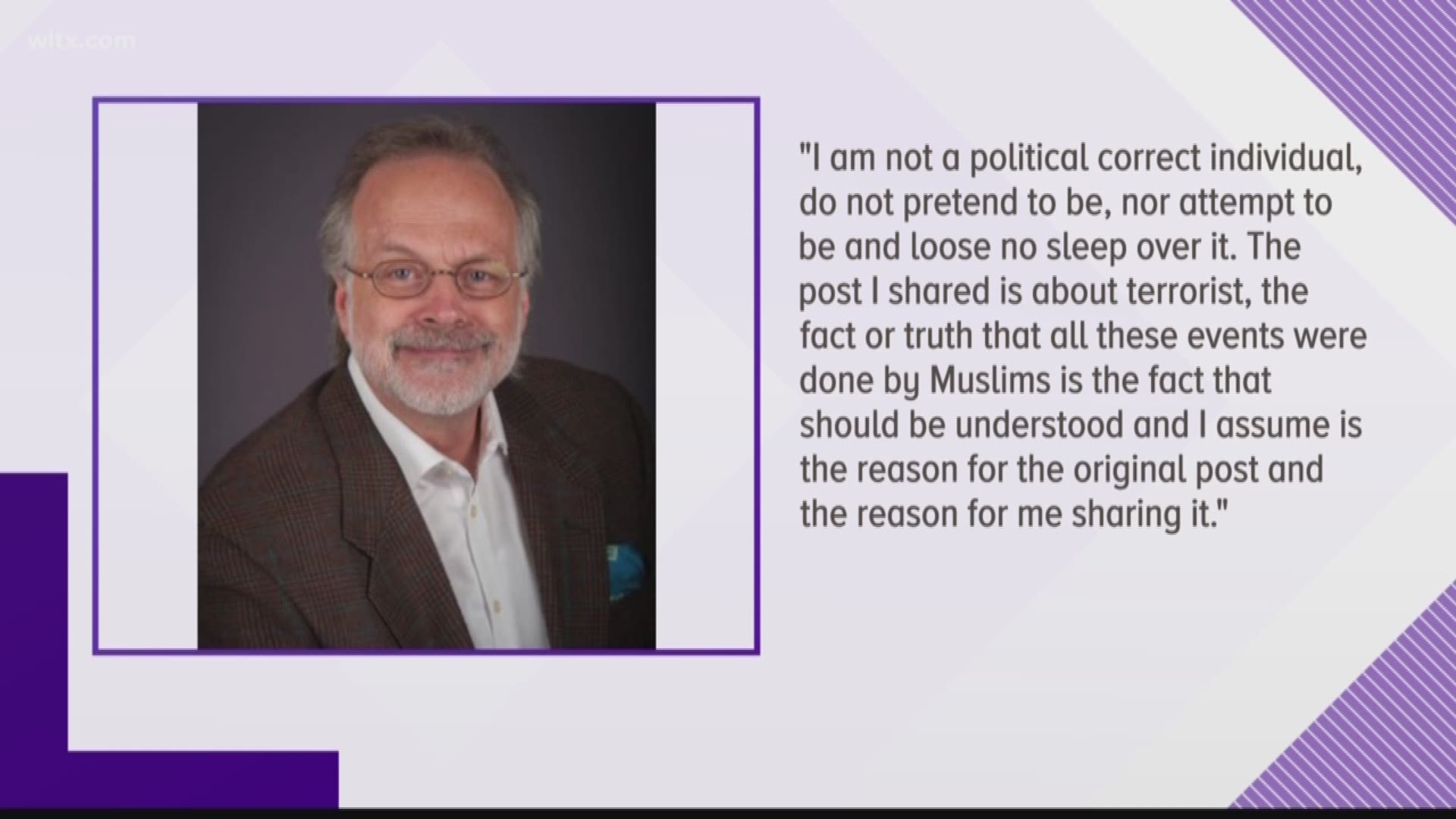 Irmo, SC – (WLTX) Irmo residents are offended after they say the mayor of the town shared insensitive posts on Facebook.

According to the screenshots, Hardy King shared several posts discussing Muslims and immigrants.

One of the shared posts had a list of 25 terrorist attacks and at the end of each one, says the person responsible was or were Muslim.

King commented saying, "I have served for years, am 62, and fully capable of making decisions about what I choose to be careful about or not. You choose to have a wrong impression based on your thinking, but don't deduct from that how I feel about Muslims. This is about terrosists {sic} and the connection as listed above. Twist all you want but i am pretty sure you do not know where I stand or how I feel about Muslims. Nor am I sure you really care about me and/or my post. It shouldn't be recicved {sic} as anything positive about Muslims, I wouldn't be proud of this fact if I were a Muslim."

Back on April 6th, there's another shared post on King's page with the headline "FACTS" that outlines a long list of claims about illegal immigrants committing crimes or using tax payer resources unlawfully.

News 19 talked to several members of the community who did not want to go on camera. Many say they're offended by the posts being shared and think it's derogatory. One person believes the way they can resolve this issue is at the voting poll with the mayor election that's in 2019.

We reached out to the mayor for an interview. He sent us the following statement:

“I am not a political {sic} correct individual, do not pretend to be, nor attempt to be and loose {sic} no sleep over it. The post I shared is about terrorist, the fact or truth that all these events were done by Muslims is the fact that should be understood and I assume is the reason for the original post and the reason for me sharing it. If it causes some terrorist grief I do not apologize, nor do I believe they give a rip. If it caused some liberal troll to go bonkers, so what. If they are offended join the club, I am offended as well, by many things in life, but I have one and must get back to it. All I can say is “ Bless there empty hearts” . And If any Muslim here locally wants to meet with me, talk their faith and mine, I am ready willing and able. Invite me to your service and I will attend, This post in my mind nor heart has anything to do with the Muslim Faith.”

The mayor wanted to point out that he did not write the posts. He just shared them.