The track and field competition kicks off on Aug. 27 and concludes on Sept. 5. 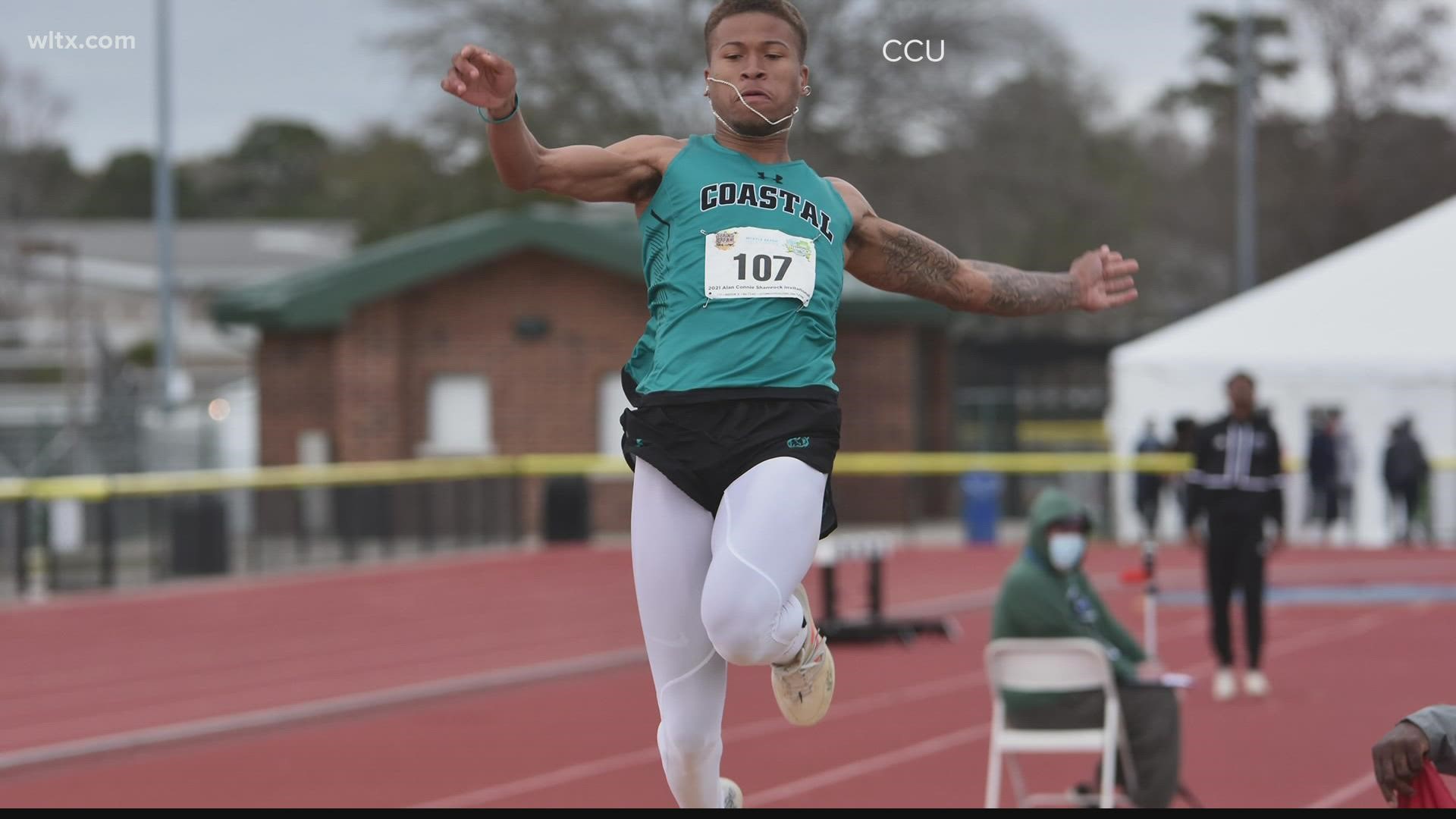 IRMO, S.C. — This weekend, Meredith Wise's son, Dallas, is set to compete in the 2020 Paralympics in Toyko.

"I'm very proud of Dallas because he did this on his own," Wise said.

Spectators are not allowed this year at the competition, but Dallas Wise's mother says she is at a family and friends host party in Colorado to watch her son compete for the gold in the long jump and the high jump.

"The idea of getting a gold medal is okay to him, but beating the world record is the main goal," Wise said.

The track and field competition kicks off on August 27 and concludes on September 5th. Dallas will be competing at 6:00 Sunday morning and Monday at 8:30 pm. Dallas Wise's coach at Coastal Carolina University says it's an honor for Dallas to be the first athlete in school history to represent them in Tokyo.

"We told Dallas to make sure you do what you do with us every single day," explained Sandy Fowler, Coastal Carolina University's Director of Track & Field. "Listen, learn, relax, have fun, and you'll do fantastic."

In July, the Irmo native told News 19 his goal was to bring home gold medals when he was training at the Chula Vista Elite Athlete Training Center in San Diego. His mother says she has one goal for him while he's competing.