Dallas Wise is the first Coastal Carolina University athlete in school history to earn a spot in the paralympic games. 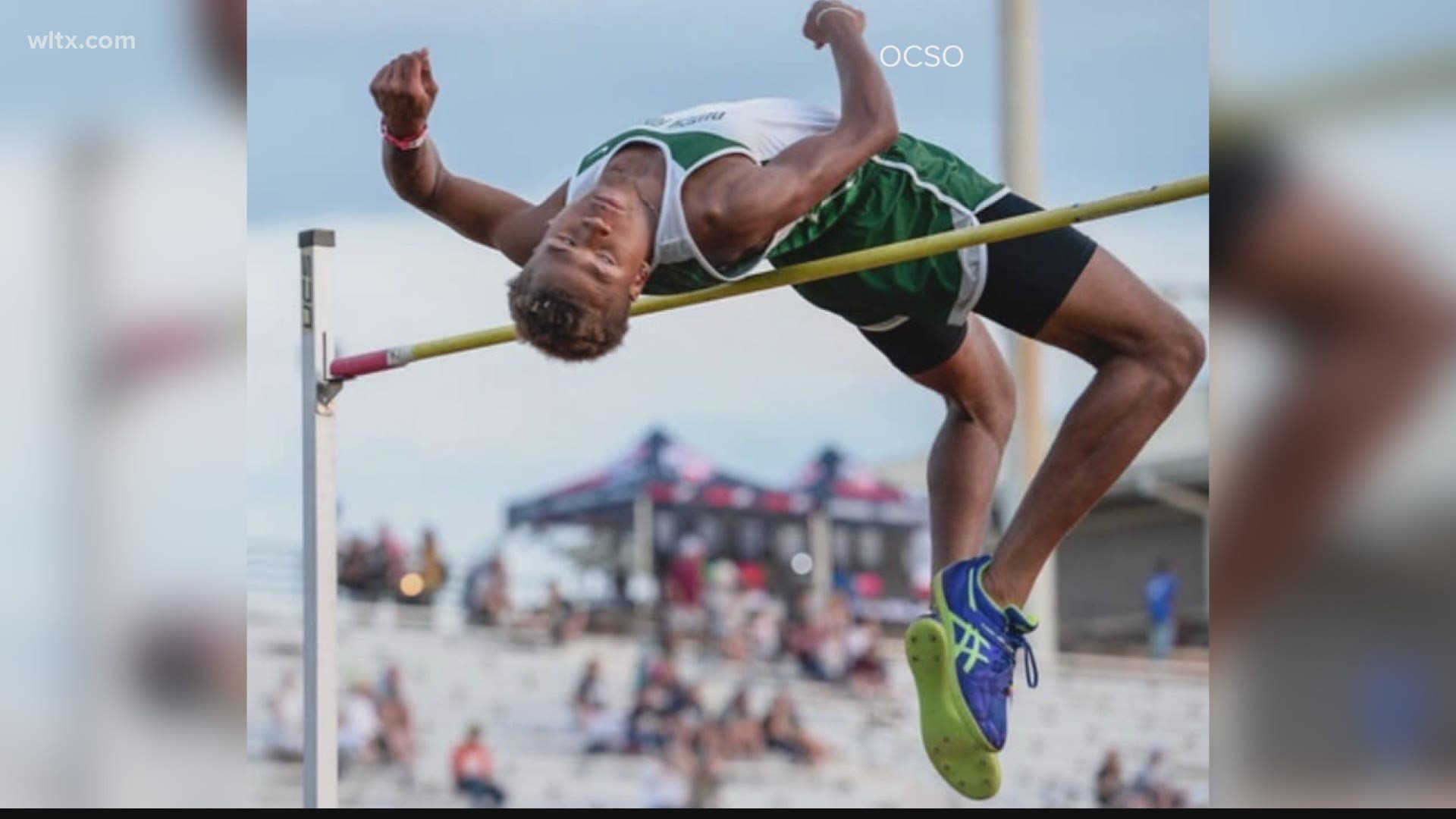 ORANGEBURG, S.C. — An Orangeburg County deputy's son has been selected to participate in this year's Paralympic Games in Tokyo. Dallas Wise joins 61 athletes representing The United States on the world's biggest stage.

"Ever since I was younger, I got picked on for my disability up until high school," said Wise. "Every day, I felt like I was nothing. When I started sports, it was more of an outlet which really motivated me."

The Irmo native is the first Coastal Carolina University athlete in school history to earn a spot in the paralympic games.

"When I was competing at trials and placed top three, I looked at my coach and said we are really going to Tokyo," Wise said.

Wise qualified for the U.S. Paralympic team in June with first-place finishes in the long jump and the high jump. He says the best part of being selected is learning from idols such as Will Claye, Christian Taylor, and Jeff Henderson.

According to the Tokyo 2020 Paralympic Games' website, T/F45, T/F46, and T/F47 are for athletes with arm deficiency, impaired muscle power, or impaired passive range of movement in arms, with athletes competing in a standing position. Wise was born with Erb's palsy in the shoulder, which made him eligible to compete.

"To keep telling people that I'm a Paralympian; I don't feel like I didn't do anything yet," Wise said. "I feel like I'm just getting started."

The Paralympic Games will be held from August 24th to September 5th. Wise will participate in the long jump on August 27th and the high jump on August 29th. Wise is getting ready at the Chula Vista Elite Athlete Training Center in San Diego.

RELATED: Tokyo likely to declare new COVID state of emergency ahead of Olympics